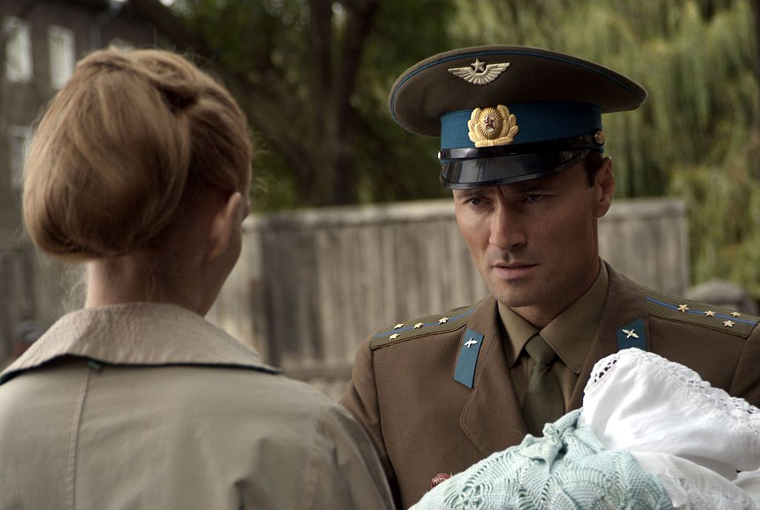 In June 1989, when the first free elections of the Third Polish Republic took place, socialism in Poland ended after half a century. By joining NATO in 1999 and the EU in 2004, Poland became a fully-fledged member of the West. Nevertheless, the past lies in the zeitgeist of Poland and Eastern Europe, which is clearly visible in the movies Eastern European cinema has produced in the past 10 years. What is interesting in Poland’s case, is that the filmic adaptation of the socialist regime is not restricted to the so-called “cinéma d’auteur”; although the box office is still dominated by mainstream Hollywood cinema, with Little Moscow, Waldemar Krzystek succeeded in selling a mainstream love story set in the socialist 1960s in Poland that is nurtured by a strong political undertone. It is the story of a Russian and a Pole, political enemies, who are united by love.

But one should ask what Little Moscow is really about, is it the old story – particularly popular in Hollywood – about two lovers from opposing worlds who sacrifice everything to be united? Is this melodrama supposed to tell us that the power of love is capable of crossing the boundaries established by corrupt and evil politics? To a certain extent, yes, but the movie does not stay on this avataresque notion of pacifism. Little Moscow builds on the immediate experience of the Poles, and in this sense is politically more articulate.

On the level of story, Little Moscow is practically identical to Cameron’s Avatar (2009). It is the story of a person who realises he is fighting for the wrong side. While in Avatar, the marine John Sully is confronted with the native tribe he is supposed to infiltrate, in Little Moscow, a Russian woman- Wiera-, who is the wife of a highly-ranked serviceman stationed in Poland, falls in love with a Polish officer. What is obvious in these films are the different perspectives on scenery. In Avatar, we see the world through the eyes of a somewhat culturally ignorant person who steps into a world he is not familiar with. Thus, the problem is resolved by defeating our ignorance and learning about the truth. In Little Moscow on the other hand, we see the perspective of people who are familiar with the conflict, and who try to deal with tensions arousing between Soviet troops and Polish citizens. Consequently, Wiera’s decision to turn to the Poles is more subtle, and needs to be supported filmically.

But where should one draw the line between Avatar and Little Moscow?  Although James Cameron’s intent seems to be to admonish the West for its carelessness towards our environment, be it nature or other cultures, the film works with the idea of a highly ignorant perception of other cultures. Even when we find out more about the Navi, Cameron’s fictional tribe of humanoid creatures, we perceive them as an exotic and fascinating race. We do not fight the evil by understanding the other, but by fighting the evil rooting in ourselves. In this sense, Avatar is not about identity, but about ideal. It is not about the other’s identity , but how we should deal with the other. We do not internalise the logics of the other. Little Moscow on the other hand is based around identity, something that is particularly important for Poland, a country that fought many centuries for sovereignty. The film does not remain a simple love story, but is more like a political film told through mainstream language (accordingly, Avatar could be seen as a love story that includes our Zeitgeist).

Little Moscow is an exemplary film about the importance of the liberation of Polish identity. However, this notion does not make up for the poor realization of the film, and reminds us that Eastern European mainstream cinema is still far from the professionalism of the Hollywood industry. The parallel story of Little Moscow, set in contemporary Poland- a sparse subplot showing a father and a daughter searching for their past-, seems to be solely serving the purpose of covering up flaws in the dramatic structure of the film. The acting is mediocre and the cinematography is TV-like, but maybe this all proves that the broad Polish audience is ready to look beyond the façade and the cinematic language, and concentrate on what is being said: that socialism is dead.