A Study of Trauma and Identity 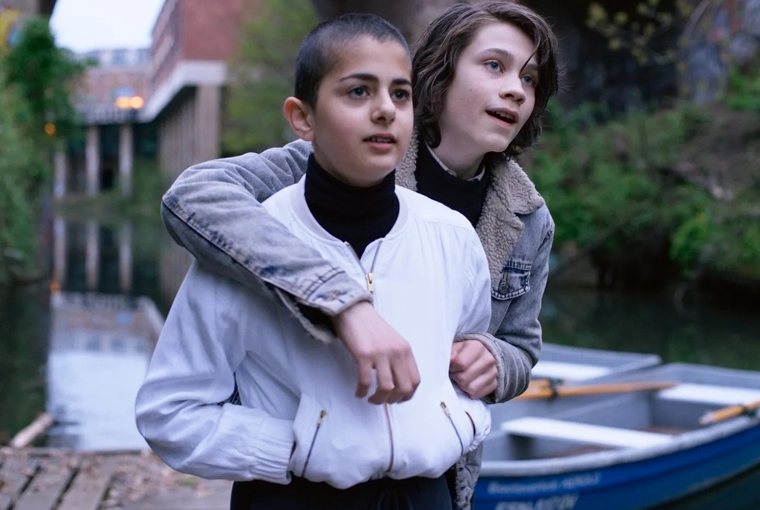 According to the English dictionary, to evolve means “to unroll”. The act of unrolling is a procedure that’s taking place in the now, and gradually reveals itself. Hence, “evolution” can be seen as the never-ending movement of things, something that is part of their nature but at the same time functions in an autonomous way. This constant movement of things is captured in Heraclit’s famous “everything flows” dictum, and it is also evoked in one of my favorite quotes of Kafka: “The world will freely offer itself to you to be unmasked, it has no choice, it will roll in ecstasy at your feet.”

“Evolution” is also the name of the latest film of Hungarian film and theater director Kornél Mundruczó that he co-wrote, originally for the stage, with Kata Weber. According to Mundruczó’s film, evolution implies two things: first of all, that nothing disappears. Instead, layers are being added to the “state of things”, revealing that which it already is and concealing that which it has not yet become. Secondly, Mundruczó and Weber’s notion of evolution contains a hopeful message for the future of humanity: as encounters between mutually estranged people multiply, new forms of human connection become possible. The generations who grow up in this state of things are automatically more empathetic towards the different, a fact that could help create better forms of decision-making.

The film is a triptych about how the trauma of Holocaust has affected a family. Each chapter is named after a different family member: the first one is called “Eva”, the second one “Lena”, and the third one “Jonas”. Although the chapters are named after the film’s main characters, what is studied in each chapter is not exactly them (contrary to what the title suggests). In the first chapter, Eva doesn’t appear until the end, and in the second, the story is focused on both Eva and Lena. Only the third chapter tends to adopt the perspective of Jonas, Lena’s son. While each part is very different in terms of structure, speech, rhythm, language, and aesthetic choices, the film manages to form a coherent whole. As we soon come to learn, its overarching structure is such that the real “protagonist” of the film is the very trauma of the family that is being investigated through the different characters.

In “Eva”, we observe the birth of this family’s trauma in an extremely powerful opening sequence. Three men enter a dark room that looks like a cellar. They all share an expression that can be best described as a mixture of desperation and terror. The three men start obsessively brushing the walls of the cellar and the montage makes their similar movements look like a choreography (the project was first conceived as a theater play realized by Proton Theater, Mundruczó and Weber’s theater company based in Budapest). The men brush the rugged walls of this unwelcoming room in a frenetic mood, and their desperate looks become grimaces of horror. It is obvious that this place is heavily packed with dirt and despair, to the point that cleaning its walls seems rather pointless. But the men continue, they scratch the walls as if they were exorcising what hides beneath them while throwing big amounts of water in an attempt to purge the place. In this scene, nothing is being said as if to convey that terror cannot be articulated into words, but somehow we know that this room stuffed with human suffering probably belongs to a concentration camp. We get more and more reassured of this thought when one man discovers some hair and we realize that this was supposed to be a shower room. With the discovery of the hair, the terror that was only hinted at is now materialized. The hair multiplies, as all three of them discover tufts and tufts hidden in the pipes. At some point they discover what seems like an enormous wig, and now we have a scene where massive amounts of water are being thrown and a disgusting amount of hair is shown. The choreography of terror reaches its climax.

The scene petrifies you with its realness: when the men pull out the never-ending strands and batches of hair, you realize that the horror being referred to is not only tangible but also endless. Mundruczó and Weber’s choice to present the Holocaust in this indirect way conveys the realization that it is as limitless as it is unspeakable. Suddenly a human cry is echoed, and a surreal element is added to the film, as the three men discover a little child under a trap door. The terror gives way to enthusiasm and the men walk out of the room carrying this girl whose survival seems like a miracle. Thereby, the film’s message is already communicated by the end of the first part: hope will always prevail. In the darkest of times, it should even be invented.

In contrast to the first chapter, the second is full of words. The child that survived, Eva, is now an old lady living in an apartment in Budapest and that’s where her daughter Lena visits her. Eva and Lena will soon engage in their own verbal choreography, with a dialogue that evolves around Lena’s bitter childhood memories and Eva’s old days as a partisan and Holocaust survivor. Annamaria Lang (Lena) and Lili Monori (Eva) succeed in recapturing the intensity of their theater performance onscreen.

In this sequence, we get a look at the “dishwater” (literally and metaphorically) that the past has carried into their present. Lena is visiting Eva to try and find a birth certificate so that she can prove her mother’s Jewish identity in order to get some money for herself and her son. Eva refuses to give out the papers or attend any philanthropic gala that her daughter wants, because she believes that such acts don’t respect her Jewish identity. Eva struggles to keep her past safely preserved in a pure, heroic state. With their personal interests being at war, a clash between the two women is unavoidable. Lena believes that she has only been traumatized by the vague memories of her mother, and she is hurt by her mother’s stubborn obsession with the past. She feels that so far, she has gained nothing and in her mind, her Jewish identity and her emotionally unstable upbringing (as her father was absent and her mother was distant) are two facts entwined in her mind. Nevertheless, she still seeks some kind of resolution. She gives up insisting on the gala and engages in the conversation that her mother initiates, although her mother’s recollections seem to hurt her even more. As her mother speaks, she nervously makes something to eat and swallows quickly, as if she were swallowing her emotions. Although Eva’s words sometimes seem sober, she generally seems to be egocentrically enclosed in her past. On the other hand, Lena seems thirsty for some kind of communication with her mother, though her resentment wins out and in the end, each woman seems to speak only about what matters to them: Eva keeps bringing up her past, and Lena her childhood.

What Lena seeks is something tangible that will prove that her mother cares, which is depicted in a symbolic way in her search of Eva’s birth certificates. But what she actually gets is an incessant stream of associations – in her mother’s vague memory, and in her incoherent speech. That stream of associations soon materializes as the surreal element enters the scene once more: as soon as Eva walks out of the living room, the sink starts to flood and water starts to fall from the ceiling. Lena remains alone and helpless as heaps of water fall everywhere, including upon the birth certificates, which have previously triggered her resuscitated conflict with her mother. She tries to save them (hence her mother’s past as well), but her quest is hopeless. The water has again appeared as a deus ex machina and the scene is resolved. As the question of proving her Jewish identity is resolved, Lena is in a way released and freed to make more conscious decisions regarding her attitude towards her mother’s past.

The third chapter follows Lena’s son, Jonas (Goya Rego). In contrast to the previous two chapters, this one is less theatrical and more cinematic, as it is shot in many different locations in Berlin rather than a single indoor space. We observe Jonas outside of his school, out on the street, in his house with his mother, or in his bedroom. Jonas is an introverted teenager who has grown up without a father (as did his mother), who keeps a photograph of his dead grandmother on his piano and wears plastic vampire teeth to entertain himself. His mother, who has now embraced her Jewish past, wants him to be proud of their Jewish roots, but once more, this past seems to cause more harm than good to the family. Jonas is even more unable than young Lena was to own those roots. His mother’s existential issue was about the survivor complex: she was screaming to Eva, “I don’t want to be a survivor, I want to be alive!” Jonas’s trauma is that the world (his mother, the institutions, the boys at his school that bully him) demand of him to own an “identity” that seems to escape his grip like water. During an argument, he asks his mother, “Am I Hungarian or am I German?” Despite his young age, Jonas seems to have understood that he is not served by this binary choice, nor by some kind of identity that people try to force on him.

Instead, he seems to have found peace in his own world. In his room, he disguises himself with different wigs and masks and plays his music, feeling comfortable with just being. Although the element of water doesn’t appear in this chapter, an act of cleansing still takes place when instead of following the St. Martin’s parade of his school, Jonas leaves the knot of people behind along with Yasmin (a Turkish girl, played by Padmé Hamdemir, who is also oppressed by her family’s obsession with religion and tradition). The two teenagers, who both share the social role of misfits, escape so as to symbolically walk their own path as the film ends in bright colors. They kiss, and with their innocent, coming-of-age affair, different cultural backgrounds and traumas come into alignment. Although the ending is rather conventional, it does bring home the message that the new generations may be better equipped than previous ones to fight the plagues of the past. According to Evolution, the youth will always be the youth because whatever happens, the world cannot be fully deprived of innocence.

Although totally different in cinematography and content, the film calls to mind Hal Hartley’s 1995 Flirt, which also deals with personal (in this case romantic) conflicts through a series of vignettes. A phrase from that film can also be applied to Evolution: the milieu is bound to change the dynamics of the situation. Nothing remains unchanged when put in a different context. Even trauma is constantly transformed as new generations assert themselves in a changing environment. 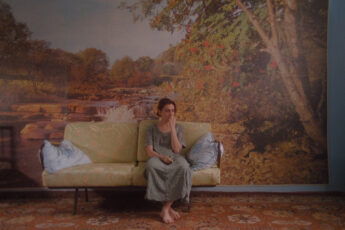