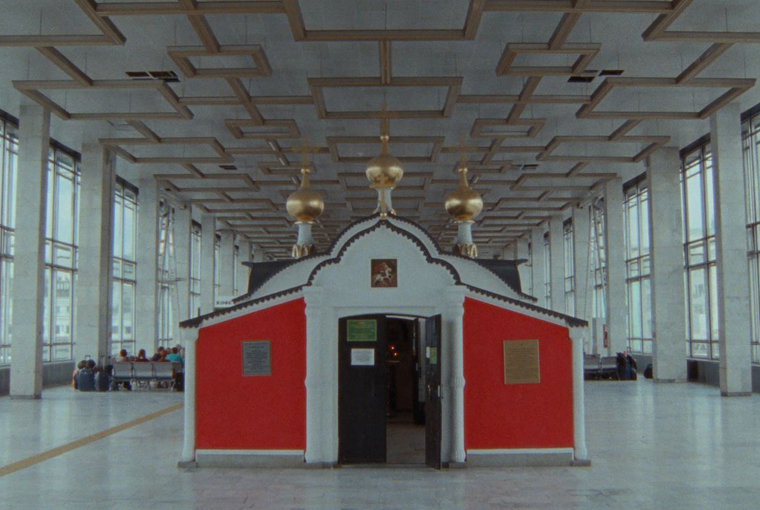 In modern Russian, “obkhodnye puti” (“loopholes”) usually refers to a route by which a person tries to circumvent the law or avoid being detained by the police. In Moscow as elsewhere, these loopholes derive much of their attractiveness from their promise to make a large sum of money in a short period of time without some of the risks normally attached to the activities involved. Ekaterina Selenkina’s film follows characters who hide and recover drugs in Moscow’s urban landscape, thereby exploring both the decaying Soviet architecture and the state-opposed milieus inhabiting them.

The main character of the film is a drug courier who finds or hides peculiar treasures in the form of drug stashes. For more than an hour we are plunged into the domestic routine of negotiations with suppliers through messengers, the use of computer-mapping tools to find and select appropriate locations, and bickering with the police. Clashes happen on a constant basis, both with the police and with residents of the of old “Khrushchevki” who are watching out for drug couriers to prevent having the next drug stash pop up near the playground. The dangers attached to drug transportation, which are ever-present despite the protagonist’s caution, prompt him to reflect about his life. He decides to change things around, which he unsuccessfully tries to convince his suppliers about. The job must first be brought to an end…

Similar in style to acclaimed Russian documentary Hush! (Tishe!) by Viktor Kosakovsky (2002), who observed eventful streets from the windows of his St. Petersburg home for a year, Alexey Kurbatov’s camera penetrates private details, revealing the essence of Moscow’s urban environment by observing people’s daily activities. The approach to modern Russia is spatial rather than temporal as Selenkina explores places as opposed to a full-fledged narrative. The camera captures scenes of a police search at a train station, a volleyball game between migrant workers during break, and the innocent pranks of neighborhood kids playing in the backyards. The film’s deliberately long narrative borders on meditative plotlessness, as the history of the drug courier fades into the background. The cinematography resorts to long shots from which it becomes difficult to make out people’s faces, thereby relegating them to an auxiliary, demonstrative role. Personalities become unimportant, giving way to archetypes: there is the policeman and the criminal, the young and the old, the soldier and the migrant workers, etc. The refusal to personify the film’s main characters is due to their secondary nature and Selenkina’s interest in the structure of society, within which everyone has their own role to play.

Selenkina’s film demonstrates how the absence of a basis of civil society in grassroots customs causes estrangement between people. The political activism represented in the film’s picket scene shows its utter futility: calls for an end to the war with Ukraine do not anticipate a rapid and peaceful outcome to strained relations in any way whatsoever. School facades, army songs, and the outlines of church buildings communicate that power structures have absorbed the key cultural features of contemporary Russian reality. Which is not to say that these structures have complete control over reality, as is exemplified in the soundtrack of eminent sound director Andrey Dergachev. The barking of dogs and cawing of crows, the sounding of sirens as well as loud, foul-mouthed family squabbles organically attend the everyday of many of the characters in Selenkina’s film. The dominance of sounds and noises takes away any sense of solitude, replacing it with a feeling of co-membership in an oppressive reality.

The glade of flowers surrounded by rain at the end of the film forms a kind of zone as praised by Andrey Tarkovsky in Stalker. In his movie, characters live in the city surrounded by the natural beauty of the flowers overgrown on their front yards, which point a way out of the gray ordinariness pressing down on them. In Detours as in Tarkovsky’s film, only such colorful wonders of nature promise that one’s wishes be fulfilled one day. This final chord, resounding through the fates of the average inhabitants of Soviet panel houses, revives hope for a change in the burdensome foundations of life. 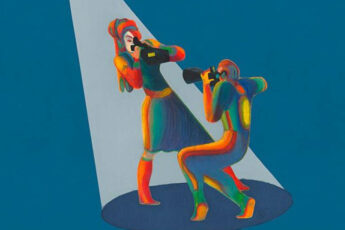 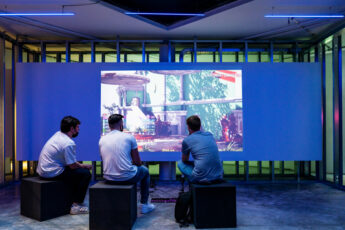 The Russian Pavilion at the 2021 Biennale: Film Program 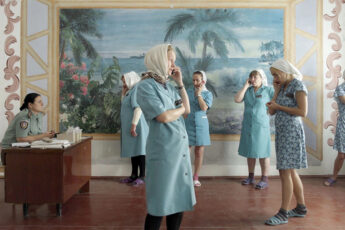