Once Upon a Time Inconstancy 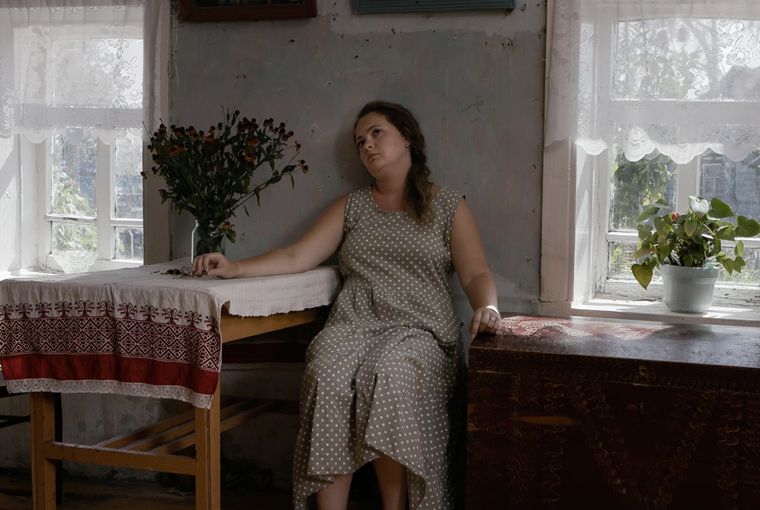 When a film title reads “Once upon a time in” (or the Russian equivalent “Odnazhdy v”), expect a movie of epic dimensions – stories of historical magnitude, heroes embodying the values of their civilizations set in vast landscapes of purposeful grandiosity – preferably dressed in a dusty palette of earthy, sandy tones and grand-canyon-ochre. Tarantino’s latest pic, Once Upon a Time in Hollywood, screened at this year’s Cannes film festival, certainly adheres to the tradition (albeit with the habitual ironic referentiality). Larisa Sadilova’s Once in Trubchevsk, certainly does not. This film, also a 2019 Cannes selection, premiered in the Un Certain Regard section and tells an unadorned story of adultery: a truck driver (Egor Barinov) has a secret affair with his neighbor Anna (Kristina Schneider) but struggles with the idea of leaving his wife for good. The setting is not the Russian tundra or taiga but Trubchevsk, a minor town not far from the Belarusian-Ukrainian border. The dialogs – more noise than soliloquy – are as prosaic as the photography – static wide shots capturing the everyday. And yet Sadilova manages to weave a complex story about love, loyalty, compromise and convention out of her fairy tale of the ordinary.

Anna and Egor (actually the name of Egor Barinov’s character is never mentioned) live in a small street where neighborhood watching is a social pastime rather than a security precaution, which means that they can’t just sneak through the window to keep their unassuming families in the dark. However, Anna sells handmade mittens in Rostov and Moscow and so like Egor, she can justify her absence from home by spending time on the road – Egor’s truck, highway restaurants and the countryside thus become their date spots. While the seasons pass, their love for each other does not seem to whither until recurring signs of infidelity make their partners at home wonder. The trucker’s wife, Tamara (Maria Semyonova), finds a hand-knit scarf in the backseat of her husband’s truck, which looks suspiciously like the work of her neighbor. She prefers to keep it quiet, however, and while Anna wants to come out with the truth and confess to her husband Yury (Yury Kiselev), Yury seems to have realized on his own that his wife’s business trips don’t just miraculously coincide with those of his neighbor, unanswered phone calls providing the final proof.

Unlike Anna and Egor, Tamara and Yury have an open confrontation about Anna’s love affair, which results in Anna leaving the house. Egor meanwhile cannot decide whether he wants to move in with Anna and leave his family behind. In one of the few scenes that break with the movie’s realism, Egor imagines himself admitting to his wife that he no longer loves her during a family dinner. But the vision of Tamara screaming in anger makes him flee the crime scene. Little does he know that she’s probably already aware of the situation.

The subtle finesse of Sadilova’s movie lies in the way she portrays the ambiguity of desire and the limited accessibility of the characters to their own and to other people’s emotions. Why, for instance, does Egor believe that he needs to tell his wife that he doesn’t love her anymore in order to initiate a separation? The only scene in the movie where two bodies touch each other is when Egor chases his wife, frantically clinging to her in the garden, telling her that she should not believe what the neighbors (who started talking) are saying and that he loves her. If he loves Anna, he cannot love Tamara and vice versa. Clearly this “paradox” is too much for Egor’s cognitive capacities to handle. The one sentence he keeps repeating is that “he’ll sort things out”, as if by some miraculous syllogism the messy logic of love will fall right into place. That love is less straight-forward, or conventional, is the tragicomic tale of the film. Ironically, once Egor’s relationship to Anna becomes too domestic, threatening to resemble the life he had with Tamara, he flees that scene, too. Even Anna’s seductive dancing is unable to compete with the charm of the roadside lover. Anna is more conscious of the dying of “their flame” – as the lyrics of a song she sings towards the end of the movie have it – and decides to act on it. As a rule, the men in this movie are passive (some of the funnier parts of the film are also granted to Anna’s imperious mother-in-law), and while the women are certainly no feminists, Anna has the dignity of seeing and saying the truth.

Much like in a baroque tragicomedy, Sadilova plays with our expectations as conventions are transgressed only to fall back into place again. Nevertheless, the psychological depth of her characters protects them from becoming stereotypes and the minimalist narrative leaves much room for multi-layered and even ambiguous interpretations. With her last film dating back to 2010, this film is a refreshing, and – with its reduced aesthetics – more daring addition to her filmography.