The Future of Nostalgia 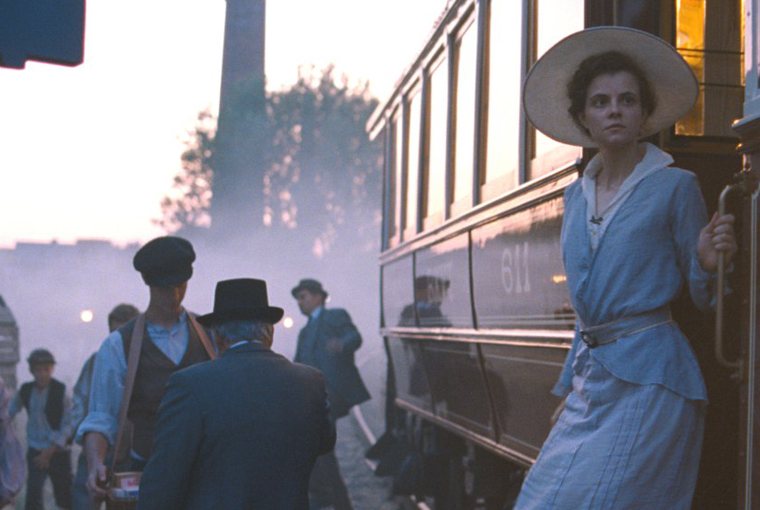 After the success of his Oscar-winning Son of Saul (Saul fia, 2016), Hungarian filmmaker László Nemes shifts with his new film Sunset to pre-World War I Budapest, a fading city overshadowed by the coming collapse of the Austro-Hungarian empire. The film opens with a yellowed postcard of Budapest which is gradually darkening until it suddenly transforms into a moving image of the chaotic bustle in the city’s streets.

At the center of Sunset is Írisz Leiter (Juli Jakab), a young milliner who returns to her home town Budapest in summer 1913, at a time when the city is stifled by an overwhelming heat wave. Írisz seeks to find a job at the renowned Leiter hat store. We first see her in the hat store, trying on various hats with an utterly blank, indifferent facial expression. The Leiter store was originally founded by her parents who have tragically died in a fire. Now it is run by the business man Oszkár Brill (Vlad Ivanov), who gathers a crowd of beautiful young milliners around himself.

Írisz exposes herself to an odyssey through the mysterious city in which everyone seems more familiar with her story than she is. Persecuted by gazes, intrigues and rumors, she pursues the quest of her unknown brother, whose uncanny and dark existence casts a shadow over the city. He is supposed to be the leader of a dangerous gang of criminals spreading fear and terror across the country. Simultaneously Írisz gets involved in the preparations for the visit of the Empress of Austria on the occasion of the hat store’s upcoming anniversary. Each of Írisz’s actions is driven by the desire to reverse her amnesia-like loss of personal identity. Budapest’s various parallel worlds, destinies and abysses are woven into a dense labyrinth in which Írisz gets more and more entangled.

Throughout the entire film, the camera focuses on Írisz, either through an intimate close-up on her face or from behind, only a few inches from her neck. When Irisz steps out of the hat store after being rejected by Brill in their first encounter, she is abruptly thrown into the chaos of noisy street life and bright sunlight. The shift from a calm interior setting to the overload of sensations in the city is intensified by the camera’s perspective close to her head. This aesthetic strategy extremely limits the viewer’s field of vision. We are fully soaked in Írisz’s perspective and in her gaze, which is determined, tense and somehow empty. She is wholly distant from the world; her odyssey through Budapest has the fatality of dream logic. Since the protagonist has almost no lines to speak, Juli Jakab resorts only to facial expressions and her eyes and thus creates the intensity of a silent film. Her impressing performance transcends the stereotyped and limited way film characters often perform their inner worlds to reveal their personality. Although the camera technique creates a physical intimacy with Írisz, we never get really close to her feelings.

Beyond the small focus of the camera on Írisz everything else is completely blurred. The outer world in Sunset resembles vague memories or visions of a remote summer day. Nemes plays with the permanent contrast between sharp contours and their dissolution. The viewer does not see anything clearly unless it is in direct proximity to Írisz. After the last screening of his new film at the British Film Festival in London (16 October 2018), Nemes explained that Sunset’s aesthetic strategies are directed against contemporary cinema and its TV-style infiltration by prefabricated relations and approaches to characters. Sunset’s camera technique opens an exciting perspective on (in)visibility and the uncertainty of the image. Nemes understands film as a hypnotic, nearly magic process that provokes our imaginative thinking.

According to the filmmaker, Sunset is not only an homage to Friedrich Wilhelm Murnau’s silent drama Sunrise: A Song of Two Humans (1927), but also deeply influenced by Joseph Roth’s novel Radetzkymarsch (1932) and the writings of Franz Kafka. In Kafka’s dystopian and dark novel The Castle (1926) the protagonist K. finds himself in an alienated and contradictory reality, controlled by an arbitrarily operating bureaucratic apparatus. K.’s pursuit to reach the castle is doomed to fail and he only experiences miscommunication, helplessness and existential despair. In the tradition of Kafka’s characters, Írisz is an isolated individual wandering through a world that hides its meaning from her. She is guided by invisible forces confronting her with obstacles she cannot overcome. Sunset’s plot is driven by the dialectical play of two different forces inextricably complementing each other: first, the dark and pre-civilized energy of the underworld, represented by her brother’s gang that prepares a bloody uprising against the Budapest bourgeoisie. This negative force is destroying, violent and chaotic. The scenes that are set in this world are structured by hard cuts, quick changes of setting, noise and constant acceleration. Second, the Leiter’s store bourgeois society, all dyed in hygienic pastel colors, expressing elegance, beauty and civilization. The sound in the Leiter store only consists of murmured conversations and slight classical music. Instead of cuts, endless decelerating takes dominate the scenes around the hat store. Írisz constantly shifts between these two worlds, participating in both, her gaze always mediated and fractioned by windows, Venetian blinds, veils, curtains and the dust swirled up from the streets. This play with contrasts between motion and static, light and darkness, sharpness and fuzziness, is Sunset’s dominant structural element.

This particular aesthetic refers to the film’s historical context: Sunset portrays the imperial Austro-Hungarian monarchy before its collapse, a sophisticated civilization at its height, carrying inside the dialectical principle of its own destruction. On the Apollonian surface of that Empire we see the decadent Leiter hat store, under the beauty of which the Dionysian destructive force is already lurking. Or as someone mentions to Írisz about the hats: “The horror of the world hides beneath these infinitely pretty things.” Hungary and Austria are embodied in a sadomasochistic relationship between the Countess Rédeyand (Julia Jakubowska) and the Viennese Otto von König (Christian Harting). The film only suggests that this fin de siècle perversity extends up to the highest circles: each year the most beautiful of Brill’s girls is sent to the royals, apparently to be their private milliner, and the viewer can only imagine what kind of sacrifice is happening here.

It is no coincidence that Sunset’s setting is Budapest in the pre-war period. 2018 sees the centenary of the end of World War I and it seems quite fashionable to draw parallels between today’s political instabilities and the complex set of ethnic, nationalist and social conflicts that lead to the initial catastrophe of 20th century. Following this line of thought, Sunset can be read as a meditation on the destructive potential of rising nationalism, inequality and political miscommunication in contemporary Europe. However, by creating a sepia experience of immersing in a lost past, Sunset simultaneously expresses nostalgia. It tries to resurrect the time before apocalypse, a short vacuum of ambiguous productivity, in which the future has not yet been written. The birth of the twentieth century is a turning point in history where the desire for this unknown future was at its zenith.

Watching Sunset can be a challenging and somehow frustrating experience. For the entire film we are constantly led by the nose; some scenes seem to be connected totally random and at the end the viewers are left without satisfying explications of the whole journey. This constant encryption and obscurity might indicate a lack of narrative rigor. However, Sunset’s aesthetic strategy of always creating new mysteries and disorientation also expresses — again in the tradition of Kafka’s philosophy — an approach to a world in which everything seems unstable, arbitrary and in constant flux. At a point when we are totally absorbed in the film, Írisz finally dissolves into fuzziness as well. The final scene is a zoom on a muddy trench of World War I, a short preview on a dystopian future that has already happened. 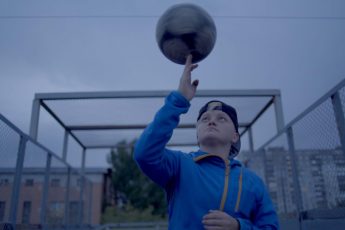 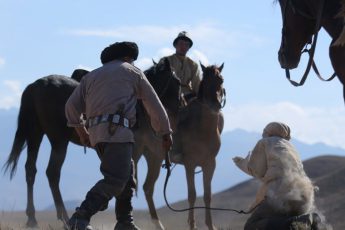 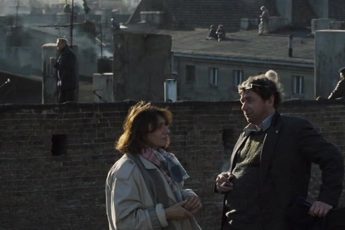