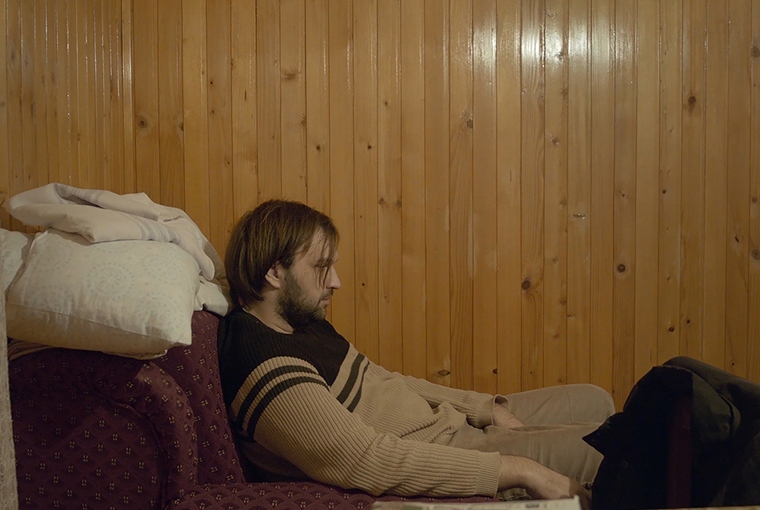 Slavoj Žižek’s book For They Know Not What They Do opens with a close reading of a psychoanalytical case discussed by Sigmund Freud. The single Slovene patient referenced by Freud in his opus is a socially immoral and impotent “non-analysable Slovene”​1​ whose access to pleasure appeared to be blocked due to a lack of internal limitations. Freud appears to have had difficulties interpreting the case. But in Žižek’s eyes, his successor Jacques Lacan holds the key for the issue’s resolution. As Žižek notes, Lacquan claimed that in the absence of God everything appears to be forbidden. The fact that, in the Balkan tradition, it is not the God figure in the form of the family father that appears to have been dethroned over time, but the mother as the bearer of the Prohibition law, creates further ambiguity in this configuration of limitations and may cause paradoxical inhibitions, some of which are explored in Serbian director Marko Djordjević’s mature feature debut My Morning Laughter.

It should be noted that the Balkan tradition does not profit from the development of Lacanian theory, and prefers to aliment its romanticism with paradoxes. Local customs still decree that one visits a fortune teller instead of a psychologist when having issues of the “soul”, while a Serbian epic rumors that legendary Prince Marko grew up a strong and unshakable hero because he had been breastfed through the age of 25. Those popular wonts and narratives, together with the socio-economic troubles in the region, predetermine and suitably justify the practice of local protective mothers to nurture their offspring until very late, being profoundly reflected in My Morning Laughter by the tragicomic prehistory of a bloody male “defloration”.

Approaching Christ’s age at the time of his crucifixion, Dejan (Filip Djurić) still lives with his parents and is painfully sensitive. After a hysterical attack due to a fight with his drunk father, his concerned and comforting mother (Jasna Djuricić) takes him on a visit to a rural “three in one” numerologist, astrologist and fortune teller (Nebojša Glogovac). Being no expert of Freud or Lacan’s oedipal findings, the clairvoyant does make an accurate diagnosis in this hilarious scene: it is high time for Dejan to sleep with a woman, which can only happen when his mother stops protecting and treating him as a minor. Shocked by this confrontation about sexual issues, mother and son react with shame and denial, but it is too late for the cathartic effect to be averted. Fortunately, a patient colleague of Dejan will soon appear in order to take care of his maturation.

Some archetypal characteristics of regional family relationships are being revealed through this minimalist and intimate drama of repressed masculinity. The passive-aggressive mother who exemplifies the behavior and facial expressions of a “crushed by life” sufferer, actually deals with everything on her own initiative, perhaps as this puts her in a powerful position. The alcoholic father appears to be absent, although he is evidently physically present. Liberated from any responsibility, he sleeps in a barrack in the house courtyard so not to disturb the sacred mother-son union. We see him either drunk or completely helpless in the hospital before dying, making inarticulate sounds while in agony. Such a family constellation between a weak and dethroned father, a hyper-controlling mother and emotionally suffocated grown-up child resonates with real-life experiences and seriously undermines the seemingly unshakable Balkan patriarchy. This subtle psychological insight is achieved unobtrusively, through intuitive observations more so than as a result of purposeful digging. Dialogues are natural as if born out of improvisation and provoke spontaneous laughter. Actors do not just perform, they seem to almost inhabit the film. There is the iconic Nebojša Glogovac as the shrewd fortune teller; Jasna Djuricić with her chameleonic face, who is equally convincing as a sacrificial mother here as she is in the role of an aging prostitute in Ena Sendijarević’s Take Me Somewhere Nice; Filip Djurić, who brilliantly interprets Dejan with all his shaky nervous gestures. Cluttered claustrophobic interiors and long staring shots are in sync with the protagonist’s depression and hesitation; the contemplation aesthetics of the imagery mirrors his tendency to observe life instead of enjoying it. All this culminates in an astonishingly authentic final love scene –a volcano of fear, anxiety, passion and clumsiness – which feels touchingly innocent against the background of the porn-induced aesthetics of modern sexuality.

In an interview,​2​ Djordjević says he filmed his debut with a scarce budget. Firstly, because he preferred to focus on the script rather than waste time with “all this funding”; and secondly, because he works intuitively and by way of improvisation, while most financing institutions require streamlined script projects. My Morning Laughter instinctively inherits and innovatively combines the best of the Serbian black comedies from the 90s and 2000s (We Are Not Angels, When I Grow Up, I’ll Be a Kangaroo) with the cinéma vérité approach of 2010s movies like Tilva Roš and Clip. In his director’s statement, Marko Djordjević explains that he wanted to make a film about his generation which grew up in difficult times but under a hood, because parents made every effort to protect children from the brutal outside world. In this sense, if Tilva Roš and Clip depict the adolescents who were left to fend for themselves in post-war chaos, My Morning Laughter is about their “mummy’s boys” antipodes, who were protected from profanity but therefore also barred from gaining independent life experience. 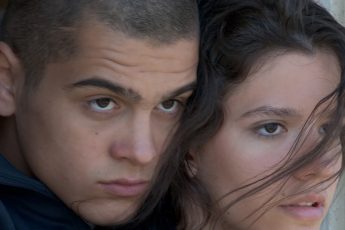