Save the Women, Capture the Men 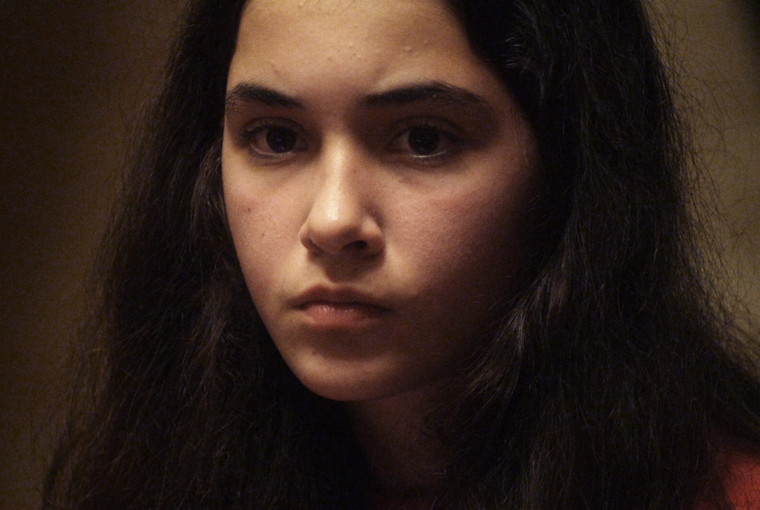 In the early 1990s, as Serbia was attempting to thwart Croatia’s struggle for independence by military means, Serb civilians living in Croatia were gradually becoming subject to psychological and physical violence. To many, this form of proxy revenge during the Yugoslav Wars is epitomized by the fate of Aleksandra Zec, a young Serbian girl who was murdered along with her family in 1991. The perpetrators of this gruesome hate-crime had links to a Croatian paramilitary unit and Croatia’s Ministry of Internal Affairs. In Srbenka, Nebojša Slijepčević follows the staging of a theater play by Oliver Frljić that recounts the crime for a Croatian audience. The play is centered around Nina, a young Serb born in 2001 who, in Frljić’s eyes, seems to symbolize the sadly persistent tradition of cross-ethnic mobbing in schools across the region, drawing a direct link to the Zec family murder. The inerasable anger at ethnic crimes carried out by the fathers of girls like Nina, one of the actors exclaims while improvising during rehearsals, is wreaked on young and innocent girls.

The set-up sketched above contains both the intended and inadvertent problems broached on stage and on screen. As becomes most explicit when we see Frljić lashing out at the rightwing media who are threatening him, the play is indeed intended to confront the viewer in Croatia with his self-understanding as victim. After all, by taking out their anger at Serbian aggression on unrelated civilians, Croats have had their share in the perpetuation of the spiral of violence. As an on-stage monologue makes explicit, by coming to see the play, the audience have also fallen prey to the sensationalist and disproportionate exposure of the Zec family and daughter Aleksandra in particular (although it is not clear in what way the directors of the play and film are immune to this charge). What is certainly not intended, indeed not even properly reflected upon, is a glaring gender imbalance that paints women (predominantly young) as subjects that need to be shielded from societal abuse, and men (both young and old) as the agents driving both violence and the discourses directed against it. This set-up is established in minute one, when we listen to a female audience member recount her abuse at the hands of her schoolmates. Visibly distressed, the young woman tells the camera what names she was called, how she could not take part in sports lessons, and what a deep impression the play has made on her as a result. This establishes Serb women as the victims of ethnic violence (rather than the community in toto), a false step accentuated by the film’s title, which means Serb female or Serb girl.

Most of the film’s running time consists of rehearsals for the play, which sometimes spill over into a collective reckoning with the role of ethnic identity in Croatian society. At the beginning, we see Frljić encourage his actors to confront the controversial politics of his play, and to direct the questions he raises towards the audience. Why speak about Zec, and not the many Croat children who died at the hands of the Serbian military? Why does one come and see the staging of a violent hate-crime, rather than reflect upon the event’s greater context? In a revealing sequence midway, one of the actors admits to being unsettled by such questions. He had read in rightwing forums that such crimes would not have happened had the Serbs not started the war. “They started it, so why obsess about an individual backlash?”, one of the forum arguments went. Gradually, a small group of 12- and 13-year old girls are invited to the rehearsals, including the play’s proto-protagonist Nina. Here the adult reflection upon the state of local xenophobia, which mostly had an abstract, almost sociological angle, turns into a very material gathering of personal experiences and impressions. The young girls tell the actors how they perceive Roma schoolmates, sharing outlandish clichés that are rather problematically laughed off by the actors as curious and peculiar beliefs. Nina and some of the theater ensemble members also share their personal experiences with mobbing and trying to belong, which are interspersed with trite shots of the empty stage in blueish colors. Here too, the pitfalls of gender stereotyping are hardly avoided – even one of the male voices manages to recount being worried by slurs directed at his sister in a 3-minute monologue.

The only time that the film finally makes a moderate attempt at undoing the gender imbalance cultivated throughout the film, it is literally too late; painting Nina’s onstage admission to being a Serbian as an act of self-empowerment in the final sequence does not outweigh indulgence in the sorry role of young female Serbs throughout the rest of the film. Giving the directors of both play and film the benefit of a doubt, we can assume that they were aware of a certain gender imbalance but thought, as people who are only remotely troubled by such issues often do, that it reflected the state of Croatian society and could thus not be avoided. But had Frljić and Slijepčević truly tried to counter or at least question the state of society, they might at least have raised the question why their focus was on Aleksandra Zec (rather than her family) and Nina (rather than young Serbs in general), why young Serbian women need the help of middle-age male directors to be empowered, and whether there was not a way to at least acknowledge that ethnic strife is something that crosses gender boundaries, so that introducing the gender question in such an inconsiderate way, makes things even more problematic and complex than they already are. In the film’s final scene, Nina walks out of the theater with confidence and resolve. But would the naïve scene with its choral score really have been necessary had the film’s female characters already been truly empowered in the preceding hour?