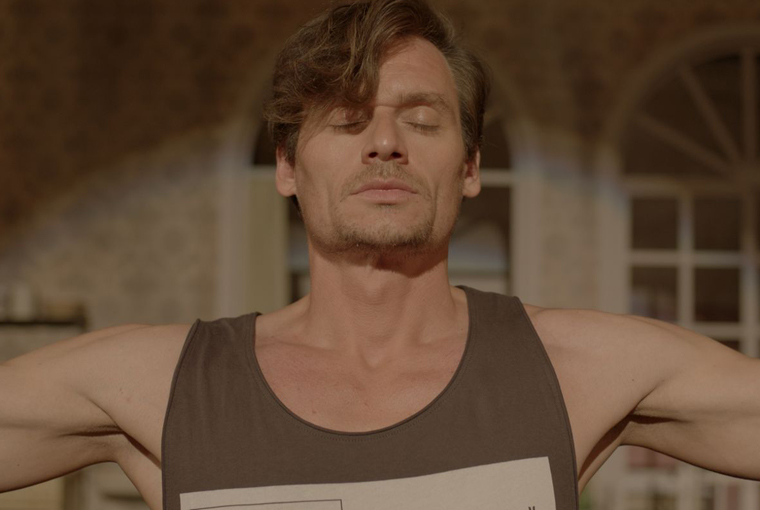 In the opening shots of Marko Šantić’s latest feature Together, a handsome young man called Luka (Primož Bezjak) wakes up half-naked in a king-sized bed on the top floor of a comfortable duplex apartment somewhere in a quiet street of Ljubljana. It seems to be past the morning hours, and as Luka wearily gets out of bed, footsteps and chatter can be heard downstairs. Luka quickly starts grabbing his things and rushes through the apartment to hide pictures and other personal items from the view of whoever is coming. Clearly Luka should not be there. But it is too late. An older couple and a young woman or teenager called Mia (Nadja Debeljak) enter the apartment. Mia introduces Luka as a neighbor, which the couple accepts, although they do not quite seem to believe it. And neither do we. Is he Mia’s secret boyfriend? Has she sublet her parent’s apartment to a stranger?

It is only after some time that we understand that Luka is the partner of Mia’s father Matej, and that the three of them had been living in the apartment together before Matej unexpectedly died, leaving Mia without official custody as Luka had been kept secret from Matej’s part of the family. The opening shot cleverly toys with the hetero-normative expectations of the conventional spectator – that a naked man in a bed plus a young woman who pretends she doesn’t know him, must inevitably suggest a romantic adventure between a man and a woman. What follows is Luka’s and Mia’s struggle to legitimize their lifestyle in front of Mia’s conservative grandparents – the couple from the opening scene – and a homophobic neighbor who reports Luka to the police for “domestic abuse” in a cruel attempt of sullying Luka’s social standing.

In 2015, Slovenia’s Parliament voted to let same-sex couples marry and adopt children. As a result, the country was celebrated as the first of the former Communist nations of Central and Eastern Europe to join a worldwide trend toward legal equality for gay men and lesbians. But the bill was rejected in a subsequent referendum. In 2017 a new bill came to effect which grants all rights of marriage except joint adoption and in-vitro fertilization to same-sex partnerships. In the context of the legal fight for LGTB rights in Slovenia, Šantić’s film thus could make a strong case for the initial bill of 2015. Clearly Mia’s relationship with Luka is stronger than that with her grandparents, and their isolated life in the countryside doesn’t seem to correspond to the needs of a teenager. Luka and Mia are most intimately connected in their mutual grief over Matej. But the law does not allow them to mourn. The tragedy of this Antigonean story is most cruelly felt when Luka is falsely accused of domestic abuse and Mia’s grandparents exercise their “right” over Mia’s custody with punitive righteousness.

Instead of letting the tragedy unfold around the power of the law, however, Šantić’s story leads to a democratic compromise in which neither side is happy but not particularly distressed either. Mia and Luka are still allowed to see each other and while her grandparents may still regard Luka with some distrust, they end up looking at him much like in the first scene – an innocent blend of fear and surprise. In short, homophobia is written off as harmless incomprehension on the side of a generation that hasn’t updated their values, while the conditions for living as a “happy family” depend on the goodwill of each member. And while the movie does not thereby sanction the limited bill of 2017, it weakens the case for the legal recognition of same-sex parents in a melodramatic twist of events that makes the movie more mellow than dramatic. This somewhat ignores the fact that, extrapolating the family onto Slovenian society as a whole, clearly Slovenia seems to be less “together” on this issue. Certainly the director should be lauded for attacking this pressing issue, but it remains questionable if his case is strong enough to convince someone who was undecided during the referendum of 2015 (disregarding the question of whether such laws should be passed qua legislative referrals) to change his mind in favor of the LGBT community. 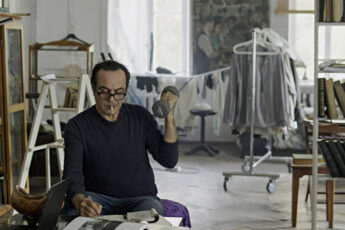