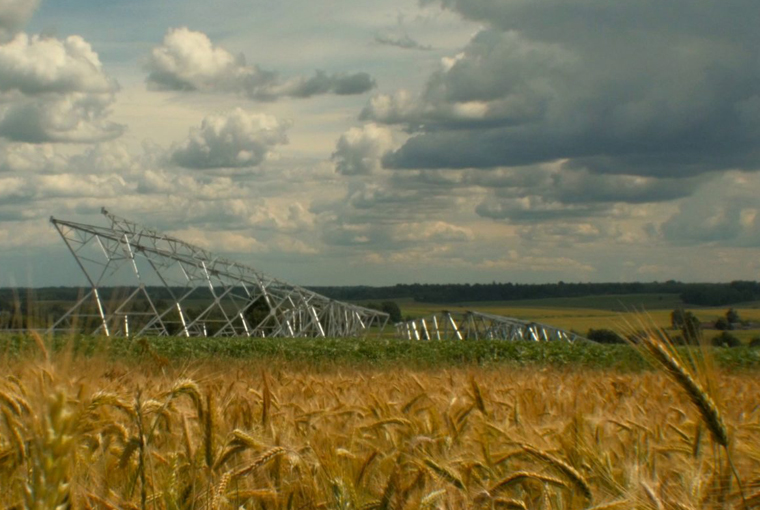 For Alexander Belinski and Agne Dovydaityte, making a film is a way of reconnecting with the world. At least that’s how The Sun Sets in the East was born according to the filmmakers. A meditative piece mixing poetic visuals with a view of the past recaptured through the journals of a bygone era (that also happens to be Soviet), their reflexive doc helps audiences get an unadulterated whiff of recent history through the surprisingly neutral “filter” of a directing duo that—cliché as it may sound—is both “Eastern” and “Western.”

“I was working a lot in London,” Agne tells me during a short post-screening talk we had on the sidelines of the Beldocs film festival in Serbia. “Then, as if by accident, I came across my grandfather’s diaries from the 80s.” For Agne, this offered a unique occasion to “slow down and look for some peace within myself.” It also offered her team partner, Alexander Belinski, a movie lover with an eye for cinematography who, like Lithuanian Dovydaityte, is also a Eastern European working and living in London, a chance to tackle filmmaking—something neither of the two had attempted before.

The result is a strong debut attempt at art cinema from two “expats” looking at their former Eastern European homeland. In that it inscribes itself into a larger frame of documentary films made by “transmuted” Eastern Europeans living in the West such as Vesela Kazakova and Mina Mileva (The Beast is Still Alive) or Mila Turajlić (The Other Side of Everything). However, unlike the above directors, who return home to purposefully hunt for a former identity that seems to forever elude them, Alexander’s and Agne’s film is far from condemnatory. Indeed, it is reasonably unbiased in that it purports to show what the recent past may look like in hindsight for a citizen of the 21st century (peaceful), but also what rural life for a Communist “satellite country” such as Lithuania may have felt like under Soviet rule.

All in all, what strikes the viewer of this self-composed 83 minute doc is a monotony and repetitiveness that is not boring in the least. Agne’s grandfather Jonas, a deeply religious WWII veteran who was in his 60s at the time the journal was written, is deeply concerned with family values in a world that he certainly thinks has gone astray. For this reason he gets more satisfaction from cleaning, working on the kolkhoz farm, and taking hay to the barn than from seeing his children grow up under the influence of the corrupting milieu of what we can only assume is modern culture. Indeed, what strikes the eye is a quality that goes past politics in this film – something that bespeaks an almost premodern Eastern European culture that one can only get rare glimpses of in traditional village life itself. The overlapping of post-Soviet landscapes and what Belinski calls “the life that’s been around long before this character was living it in 1984” has the effect of not necessarily conjuring up ghosts of the past, but of forcing us to imagine how different life must have been like only a quarter of a century ago. Indeed, I always used to think that Communism—far from changing the world—in fact preserved it as it was before the 20th century, and this is something that the film, through active audience involvement in mentally recreating this bygone space, doesn’t fail to depict.

For Alexander the attraction of Lithuania laid in its landscapes – landscapes that reflect the same “post-Soviet abandonment” that he was familiar with from his native Ukraine. However, as soon as both he and Agne admitted to this attraction, they were very quick to add that although the remains of factories and industrial structures are central to some of their classically composed shots, they are categorically reluctant to push a political agenda for their film. Although for me such an angle showed interpretative promise (and I was particularly interested in how Soviet history appeared to someone who not only grew up in one of the affected countries, but was removed from it through the literary medium of a “peasant’s journal” that is surprisingly apolitical itself), it turns out the directors’ intention was to keep the film as neutral as possible and therefore in tone with their literary source. In fact, wishing to ostentatiously mark their distance from any political interpretation, in an aside Agne told me how amused the two of them were when at the Jihlava film festival the organizers chose to give the film a particularly political logline. Agne believed this was, however, false advertising as their purpose was entirely different: “This is not the type of film that is supposed to say ‘Oh, look how bad the Soviet days were’, or the contrary”.

Although they both had a background in journalism, Alexander and Agne moved away from this profession precisely because filmmaking offered the kind of neutrality that journalism did not. The film tries hard therefore to take the middle road of seeing politics as an integral part of history without focusing on it whatsoever. And although this is somewhat noticeable in the film itself, one comes away wondering whether the visuals alone backed by Agne’s firm voice reading her grandfather’s journal can in fact hold up emotion for an hour and a half.

In a final push to understand what the source of this emotion that is nevertheless present was, I asked Alexander about that connection he told me he had discovered existed between his country of birth and Lithuania. What rendered Lithuania—but probably also Ukraine—different for Alexander was the blend between the Westernized economic outer cover and the palpable Soviet past, the latter being particularly visible in the countryside. It is this contrast that makes their film hard to place, straddling multiple categories between autobiography, essay film, and historical documentary. While watching The Sun Sets in the East one has the feeling that it is something of a contradiction that drives the film forward. When half way through Jonas’s journal one realizes that the next entry won’t be significant in any way the previous entry was not, and that nothing “dramatic” is afoot, the question that persists is: what is it that both attracts the filmmakers (and audiences) to these landscapes (as well as the journal entries), and what is it that turns them away? Or to put it more prosaically: where do the novel and the trite meet in this film, and what comes out of their encounter?

My only answer would be that there is genuine emotion running through this project from one end to the other—and this emotion has something to do with both questioning and—for the lack of a better word—loving the uncertain past that the directors have set out to investigate. On the other hand, there is a lot of self-assurance (maybe a tad too much) in the directors’ tackling of the project, an assurance that develops into an almost foul-proof method. Images accompany the journal entries, changing with them from summer to winter to spring, thus locking the textual to the visual beyond reinterpretation. What is probably lacking therefore is a methodological self-questioning that could come with the approach of such an interesting subject, questioning which would have the effect of adding possible interpretative layers to a project that otherwise displays enough poetry in its own right.

That said, The Sun Sets in the East remains a solid debut for a young and clear-headed directorial duo who, if persistent, can only grow to refine their art toward a greater sensibility and (I’d like to insist) a more evanescent, and hopefully multi-layered approach. Not that the present work lacks any of these. Practice, however, would usher in a certain legerity in the territory of text and pictures which the rawness of first-time projects doesn’t always allow. If we are to believe Alexander, his plans to continue what he and his partner did in The Sun Sets in the East—that is work in the post-Soviet milieu from a slightly different perspective and in a radically different style—sounds quirky enough to promise that their next project will offer just that. 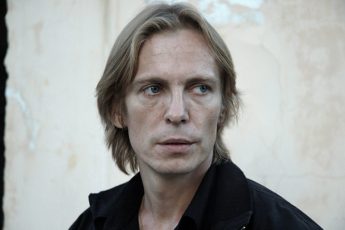 Šarūnas Bartas on his Work