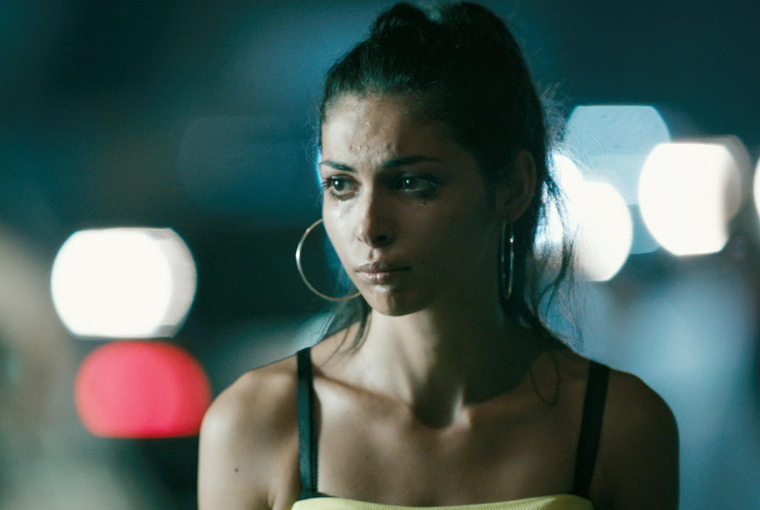 As a frequent passenger on the Zurich-Budapest express, Swiss helmer Men Lereida was puzzled when he noticed, about ten years ago, that more and more young female travelers shared the train with him. This was around the time that Hungary became a member of the European Union (2004) and that Switzerland voted in favor of the free movement of persons to the new member states (2005).

Some of the women, as Lereida would later find out, were Hungarian Roma who’d come to populate Zurich’s then rather provincial red-light district. While about ninety Hungarian prostitutes were registered in 2003, officials counted more than one thousand last year. Prostitution is legal in Switzerland, and the women are registered as self-employed. They believe that after a couple of months of working as prostitutes they can return home with enough cash to feed the entire family. But most of them are part of a complex human trafficking cycle involving exploitative pimps with whom they have to share income in exchange for protection and shelter. Thus they are not really self-employed, as the large amounts of money running through their hands go to their pimps and/or family. In Switzerland, the Roma prostitutes and their mafia-style employment conditions, became known in 2010 through the so-called Goldfinger case, one of the rare instances in which an abused prostitute testified against her pimp and thus uncovered his entire network.

Viktoria tries to show what the life of such a prostitute might look like. The film starts with Viktoria’s (Franciska Farkas) impoverished life as a Roma in Budapest and her dreams of making big money in Switzerland. Upon arriving in Zurich, Viktoria, being more beautiful than the other girls, quickly makes loads of money. Although she tells her family that she is working as a cleaning lady, her dream appears to come true. She even falls in love with Lamin (Foscky Pueta), a gay-for-pay whom she meets on the street. But when she skips work one night to go out dancing with Lamin, Junior (Zsolt Nagy), her pimp, takes all her money. Things get worse when Junior tries to sell her as a debt repayment to another hustling gang.

Viktoria’s major flaw is that it tries too hard to show all sides of the problem. There is enough material in the film to sate hardheaded moralists who believe that prostitution always leads to evil. Viktoria is gang-raped, forced to have sex during her menstruation, starts taking drugs, and gets beaten. But all that is not enough to have an effect on Viktoria’s psychological stability, which may please emancipated feminists some of who believe that women should be free to do whatever they want, including selling their body for money. Accordingly, Viktoria is, if not emancipated, at least very self-confident and conscious about what she is up to. Her “grace” never fails. The real evil, one is allowed to conclude, comes from horny rich men and abusive pimps. Lastly, there is the question of social responsibility. The helpless Swiss social workers (who don’t speak a word of Hungarian) seem to have made their way into the scenario for the purpose of demonstrating moral responsibility beyond the world of prostitutes and pimps. All of this balancing of sides makes the film annoyingly didactic and predictive. I wonder if there was any viewer who did not know that Viktoria’s money would later be taken from her drawer from the moment we see a shot in which she carefully locks it away.

This hyper-schematic filmmaking ends up dehumanizing the main character. We never know what Viktoria is feeling or thinks about. Does she like the new clothes she buys? What does she want to do with the money once back in Budapest? Is she in love with Lamin? In the end, the film’s interest for certain debates about prostitution in Switzerland may exceed its interest for human tragedy. Perversely, the film is thus a part of the problem it describes. The film ignores the details of Viktoria’s life as a prostitute, reducing it to contribute uninteresting arguments to a fashionable debate.