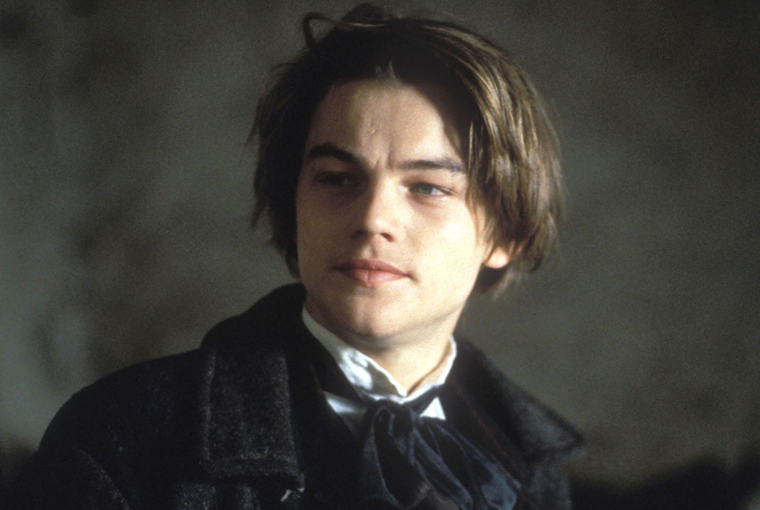 Those who attempt to make a biographical film must not only be rigorous researchers but also perceptive psychologists. While Agnieszka Holland in Total Eclipse succeeds in being an accurate historian in her depiction of Paul Verlaine and Arthur Rimbaud, she is far less triumphant when it comes to conveying the emotional side of her protagonists’ relationship. The film, which in essence tries to capture the turbulent and rather complex ties between the two French poets, delivers an effective but nonetheless artificial pose. To make things even worse, the Verlaine-Rimbaud relationship lacks what seems to be the very glue sticking two artistic souls together: it lacks poetry in the most literal sense.

Total Eclipse is not Holland’s only picture dealing with eminent historical personas. Ten years after completing Total Eclipse, she presented the last years of Beethoven’s life in Copying Beethoven. There, the plot is the screenwriters’ invention rather than a reliable historical account, but being a fictional story it does not irk that much as Holland consciously makes a different point: it is not hard facts from Beethoven’s life that matter, but what he is remembered for, namely his music and the process of creating it. Copying Beethoven features very long scenes involving powerful and all-encompassing compositions such as the eleven-minute-long climax at the opera. In a sense, one leaves the cinema filled with musical scores rather than cinematic images. If that had been the case with Total Eclipse – that is, if Total Eclipse were filled with poetry like Copying Beethoven is filled with music -, Holland’s project would at least have given a sense of what that “thing” was which made both poets immortal. But it does not. So what is poetry according to Total Eclipse?

A commentator for Krytyka Polityczna puts it concisely: “We get the impression that instead of poetry, instead of literature we are only presented with poetry in its most colloquial sense: feelings and emotionality. Intense emotions – that’s fine – but those two protagonists behave as if they have never thought and written in their whole life”.1 Indeed, Verlaine and Rimbaud come across as two decadent, selfish and arrogant attention-seekers who have nothing to do with art and creating.

The teenage poet Rimbaud (Leonardo DiCaprio), supposedly a groundbreaking figure in world literature, transpires juvenile conceit rather than pioneering artistry. In Holland’s film, he travels to Paris from a remote French town and immediately shocks the capital’s bohemian circles. But what he does to shock them is not linked to his literary potency or extraordinary creativity but rather his infantile “antics”, e.g. burping during meals, urinating publicly and exposing his naked charms to strangers. Very quickly Rimbaud declares that he’s a genius, but this often-repeated phrase remains groundless throughout the film. In fact, one could call him anything but a genius as the few “inspired” lines he delivers sound like sentences directly taken from a schoolgirl’s diary. Clichés such as “Love doesn’t exist,” in combination with Rimbaud’s “shocking” behavior, produce a laughable effect rather than a thought-provoking reflection on poetry and writing.

To be sure, a lot of the drama between Rimbaud and Verlaine evolves around their possibility/impossibility to write. While Verlaine struggles with artistic burnout, Rimbaud appears to be the one who’s full of creative powers. Nevertheless, he tries and tries, covering paper sheets with groundbreaking verses, only to fail time and again. Certainly, that shows how grueling the very process of creative writing is – but it also leaves one with the impression that Rimbaud wrote no more than a few poems in his life. There is also no hint at why he became a world-famous poet: Verlaine’s wife and Rimbaud’s mother independently admit they “don’t really understand that kind of thing”, which seems to make the whole deal with poetry a business inaccessible to ordinary people (women?).

Only in two scenes does Holland gesture towards Rimbaud’s poetry being inseparable from his life: one of them depicts a dead French soldier – “his feet among the flowers, he sleeps”2-, calling to mind Rimbaud’s correspondingly-themed poem “Asleep in the Valley”. Later, that same soldier appears at the end of the movie, during Rimbaud’s own death; but now there is an empty space on the soldier’s side as the poet is no longer among the living. Unfortunately, a few “allegoric” scenes are not enough to make sense of Rimbaud’s poetry.

Verlaine’s and Rimbaud’s relationship is flat as well. While Rimbaud lacks honest artistic charisma and just comes off like a good-looking poser, Verlaine remains a wish-washy character who immediately falls under Rimbaud’s spell. His infatuation happens so rapidly that one wonders whether Rimbaud’s burping at the table would really be enough to make Verlaine fall in love. And was one night of drinking in the company of Rimbaud enough to make him hit a pregnant wife? To set her hair on fire? Verlaine’s slavish devotion is too sudden to be convincing.

Total Eclipse depicts Verlaine and Rimbaud as poets devoid of poetry. But who knows, perhaps one should not take a teenage Rimbaud and his turbulent relationship too seriously. Perhaps, as he declared himself, “no one’s serious at seventeen”.3 So why should the movie be? 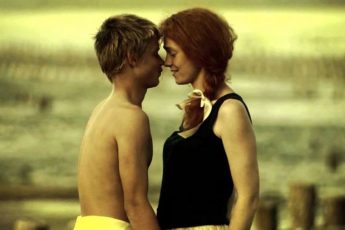