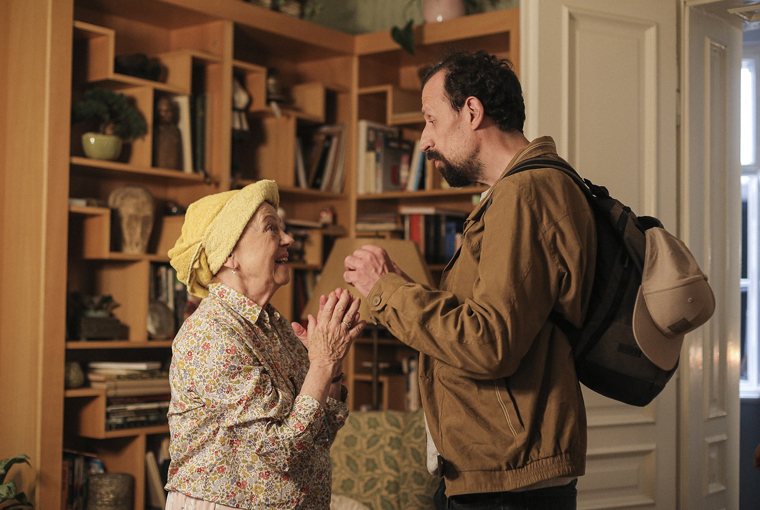 With his marriage on the brink of collapse, thespian Pavel Šnajdr escapes the city to direct his own play. In the intimate setting of a rural town, the locals strike an interest in the stranger. Pavel visits his grandmother, the only person who seems to understand and reciprocate his idiosyncratic sense of humor. Romance blossoms between Pavel and the cleaner, while a mysterious figure threatens to run the newcomer out of town. The pernickety theater director has other ideas for Pavel’s improvised magnum opus. Juggling the demands of his imminent divorce and his creative inspiration, Pavel’s one-man show is set to be a disaster. It is no surprise then that the opening night of “You Don’t Know Who’s Watching” is a less than auspicious event.

The viewing pleasure of Big Opening owes itself to the charismatic male lead, Pavel Šimčík. It is his clumsy on-screen presence – reminiscent of Jacques Tati and Roberto Benigni – that is so arresting for the audience. He has a quirky attractiveness and a commendable spirit despite a myriad of setbacks; his failed marriage, the ramshackle state of his stage play, the insecurity of his future career. The viewer’s sense of sympathy is magnified by Pavel’s boyish costume. His ill-fitting T-shirts accentuate his gangly limbs and his backpack and backwards cap lend the appearance a juvenile quality. He shamelessly undermines the expectation of what spectators would imagine a film and theater scholar to look like, at times fiddling with a Rubik’s Cube or eating ice-cream out of the tub on the sofa like a disobedient child.

A trip to the zoo highlights Pavel’s camel-like facial features and lanky body. The actor’s expressionistic face is almost elastic in its malleability. Close-up up shots switch back and forth between animal and man, blending their profiles together until Pavel’s elongated snout and bulging eyes match the portrait of the camel. Even the familiar guttural yawns of the animal are echoed by Pavel’s absurd vocal warmup routines. The wily theater owner (a cameo made by none other than the film’s director Miroslav Krobot) spies on the actor’s rehearsals on a CCTV feed. He witnesses Pavel’s unorthodox processes; from writhing on the floor and performing sporadic dance numbers, to the strangest noises emanating from his body. His cumbersome movements are not unlike the unsteady, serpentine march of the camel, waking and rising after a long slumber as the feeling returns to its legs.

The actor’s remarkable height (comparative once again to that of the camel) is a key signifier of his character: he physically doesn’t fit in. His legs are often splayed across seats, or he needs to duck to enter a room. Pavel is constantly framed towering above his counterparts, the cast of which are half his size anyway. This discrepancy in size within shared spaces – in the tram, on the stage, in the house – stresses the alienation of the metropolitan academic in the provincial town. It is a cunning visual metaphor of the big city-slicker in a small town and keenly illustrates the imposition of Pavel amongst the locals as well as his own estrangement from high society. Satirically, these two stereotypical scenarios are what Big Opening seeks to debunk; where the rural environment of Olomouc is not portrayed as a cultural wasteland and the capital city of Prague does not always harbor and export the highest caliber of intelligentsia.

Pavel is propelled into trouble at every chance. His quick wit and sarcasm land him in the most uncomfortable confrontations. Šimčík’s comic timing during the petty arguments with his soon to be ex-wife not only breathes levity into their martial despair, their dialogue is well-orchestrated and nuanced in its one-upmanship. When it seems as if she has got the better of him, Pavel meekly replies with a blunt retort that leaves his loquacious wife speechless and excruciatingly frustrated. His grandmother (iconic Czech actress Iva Janžurová) also uses language as her bargaining tool, but in a much more manipulative way. Feigning Tourette’s syndrome, she vulgarly curses at the most importune moments in order to escape the disagreeable situation. It’s a cheap laugh but played as a knowingly anti-typecast model from the actress’ illustrious career.

Big Opening is an offbeat comedy of errors that attempts to prove that the heartfelt and sincere country people can compete with soulless city dwellers. While it is not a wholly original concept, it is executed with a sweetness and silliness that compensates for its lack of ingenuity. The film’s setting is full of farfetched versions of exaggerated archetypes, including nagging wives, outlandish artistes, and greedy club owners. These caricatures are grounded by the film’s documentary style aesthetic, which helps land the jokes with a dead-pan tone. The effortless pace of the film compliments the pseudo-ambitious plan of Pavel. It is an absurd situational comedy, yet careful to present the story in a realistic manner. By doing so, Pavel’s narrative arc is made relatable, and his messy existence reminds the audience of their own aimless grasps towards greatness. After all, it is only human to share lofty ideas of fame and fortune that lead to nowhere special and, ironically, it is nowhere special where Pavel and his grandmother feel right at home. 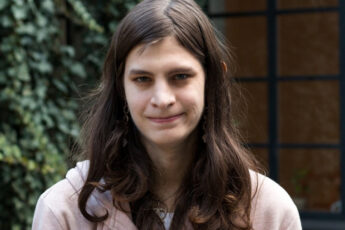