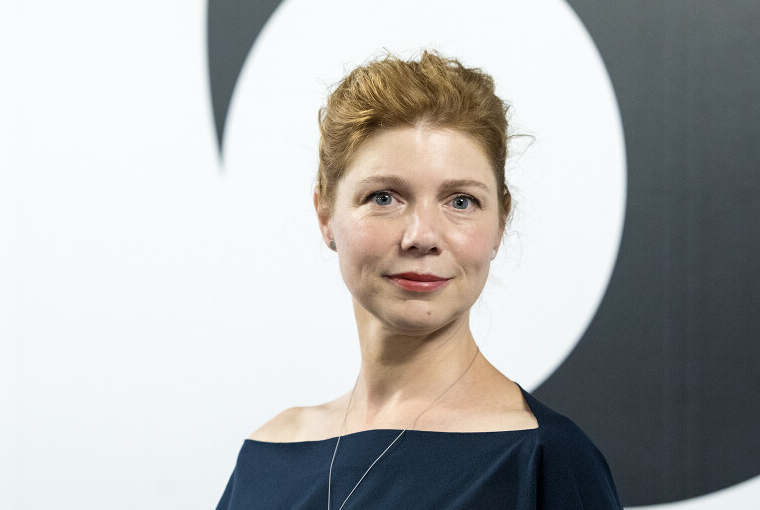 We spoke to Czech filmmaker Erika Hníková about her documentary “Every Single Minute”, which screened in-competition at the Karlovy Vary International Film Festival. Her film follows a young couple as they raise their three-year-old son according to a rigorous routine. We spoke to Hníková about parental influence and self-determination, her relationship to her documentary subjects, and the ways this project has affected the parenting styles of her subjects – and herself.

Every Single Minute bills itself as a film about parenting. How do you think that the documentary speaks to people who are not parents?

Interesting question. We imagined that this film would be for people who have children or are planning to have children because I was afraid that if you don’t have children and don’t plan on having them, you might be shocked and might not want to have them anymore.

Parents could also have been shocked.

I think this film is about freedom, about inner freedom. As a parent, you are constantly asking yourself how you are influencing your child: what means crossing a line, what does not mean crossing a line, and how your child is influencing or teaching you in return. It is like a mirror and you can lose your own freedom. I feel like one of the themes of this film is how you can also make the decision to completely take the freedom of your child and influence them one hundred percent.

In the introduction to the film at the premiere, it was mentioned that some audiences had judgmental reactions to the Hanuliak’s method of parenting following the trailer’s release.

We later changed the trailer to reflect what I like in my film – that it does not judge them. It was difficult for me to edit the film in a way that did not convey either admiration or disgust, to avoid the question of thinking of the Hanuliaks as robots or human beings. We ended up editing the film for a year. We would take breaks for two months and then come back to it to try to find the best way not to judge them.

Three years ago, I made a film solely for Czech audiences. It was about a hospital maternity ward and it was totally critical – they were doing bad things like removing infants from their parents after they were born, and my opinion was that this was wrong. It was a critical movie, and I am used to that point of view so, for me, Every Single Minute was difficult to make.

Did you know you wanted to abstain from judgment from the beginning of this project?

At first, I thought the Hanuliaks’ method of parenting was horrible. But by the end, I realized I admire them. I could not put so much energy into my child. I love other things: I love people, I love making films, I love my close friends, I love going to the cinema. But Lenka and Michal Hanuliak were not doing any of these things. They were spending 100 percent of their time with their child. On the one hand, it’s horrible, but on the other, I admire it because you must put so much energy into it. So when I began to have this sense of admiration, I knew I must put it into the film. And as shooting progressed, this feeling became deeper and deeper.

So you spent a year with the Hanuliaks and their son?

Yes, but not every day. They live eight hours away from Prague and I had 25 shooting days. We were in contact every week because I wanted to capture some things that are not in the film. For example, I wanted to shoot a scene where their son is ill because it would be interesting to know how they react to that situation. So I would call them every week, “Are you okay? Does he have a temperature?” But he was never ill. If it were a feature film with actors, I could have made a beautiful scene where he gets sick and Lenka is angry because they can’t train, but it didn’t happen so it’s not in the film.

Maybe his health is proof that their rigorous training works?

They would say the same! It’s the training, it’s the cold-water baths he has every day – I did not put this in the film -, or the very healthy, organic food that they feed him. Maybe it works.

What do you think their goal for him is?

Do you think the aesthetic of Lenka or Michal influenced the look of the film?

Yes, definitely. I didn’t feel any passion between them. This influenced my decision to use a stable camera and wide shots because it forces you to see them from a distance. It also provides an artificial feeling. The design of their flat, with a wide floor and lamp, with everything being white and clean, also evokes this feeling. I didn’t move anything to film; the flat is really like this. So I wanted to have this aesthetic in the film.

Even when Lenka makes Instagram videos, she takes long stable shots, which is uncommon if you’re not a cameraman. When I saw their footage, I decided to make the whole film this way.

Do you think that this documentary project made the Hanuliaks question themselves or their parenting choices?

They are so sure of themselves, especially Michal, that it doesn’t influence them too much. The Q&A yesterday lasted one hour and 15 minutes and Michal answered questions about his parenting style very calmly, even when people criticized his way of raising his son. He finally said, “this is my way, you have your own way, you can choose whatever method you want to raise your child.” So, he’s very stable and self-confident and you can discuss parenting deeply with him, but it doesn’t influence him.

Did they want to share their story because it’s so unique?

They don’t find their story unique. When they saw the first cut, they said that it is absolutely uninteresting. ­“Who’d want to watch it? It’s boring!” But they ultimately decided to move forward with the film because they are building Miško’s fame. For example, right now they are searching for sponsors because his private education is expensive. When they decided to do the film, the cooperation between their family and our crew was a dream.

Now that Miško is seven, is he going to school?

He didn’t go to kindergarten and now he goes to a special private school where there are only three male students in the class. They have one teacher and half the teaching is in English. Miško is now fluent in English, Slovak, and German.

During shooting, did you avoid shots that would include anyone other than Lenka, Michal, and Miško?

No. They did not have any contacts at that time. Now they do, but not when he was three and four years old. In the Czech Republic, all the sports clubs and lessons start when your child is five years old. So for younger children, you need a private tutor or else you need to teach them yourself. So they taught Miško everything by themselves and really spent 100 percent of their time with him. Now it’s different because Miško participates in sports teams where he trains with older children.

Did creating this film change the way that you parent?

It changed one thing. What I liked in the Hanuliak family is that when they are with Miško, they are very present. They are not on the phone, or working, or talking to one another, they are really focused on their son. I am not constantly with my son because I have hobbies, I work, and my son goes to school, but now, when we are together, I really try to be present. 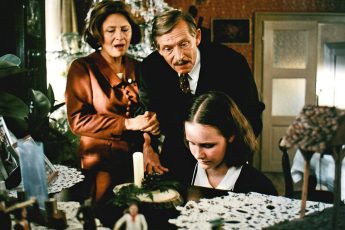