Dancing in the Silence

The actors in The Tribe are not professionals but common young people who are deaf and dumb. Opening titles inform the viewer that the film is in sign language and no comments, subtitles or explication shall be expected. This seems like a hard job in the beginning but audiences will soon barely notice it and try to make sense of the narrative like in any other film.

In the beginning of the film, a new student arrives at a boarding school for deaf children in Ukraine, somewhere at the outskirts of some city we will never see. A regular geography or history course ensues in sign language and introduces the viewer to the particularities of education for the deaf – for instance, instead of the bell, a light blinks for recess. Since you only realize what happens when the students start leaving the room, this and some similar moments might appear funny.

Soon, however, the viewer discovers that the students are primarily engaged in illegal activities in which the newcomer will willingly participate. Together with his room-mates, he robs people at night and prostitutes two of his female classmates to truck drivers. The school is complicit. A carpentry teacher functions as a driver for the girls to turn nightly tricks. Symbolically, an educational tool later transforms into an arm for murder. When one of the students dies, no one seems to care or ask. He is simply replaced by another one and things go on as usual. The viewer will feel little sympathy for those “poor kids”, except perhaps for a young deaf boy with down syndrome who is violently discriminated against by the rest of the students. Isolation and violence only lead to further isolation and violence.

The use of body language sometimes gives the impression that the adolescents’ behavior is archaic or less civilized because it is not rationalized through words. The film’s title underlines this aspect of a savage clan in which law and order are reduced to a survival of the fittest. However, the setting of the film makes it difficult to believe in the superiority of modern society’s organizational models, especially enlightenment and institutionalization. After all, the film takes place in an educational facility. The building in The Tribe is reminiscent of an institutional asylum. It is old and dirty, resembling those institutions that have served as a shelter for the sick, the mentally ill, the poor, the political resistance and the different, who, in times of social cleansing, were shut off from the rest of society for decades.

But there is also something wonderful in the immediacy and originality of body language. In one scene, the young students meet in the backyard of a rotten building to fight. They set themselves in front of the camera as if in a theater play and perform a fight as if in choreography. This fight almost reminds us of dance performances in the manner of Pina Bausch, where violent moves are applied in a smooth way and states of aggression look like cries for tenderness. In this kind of dance performances we investigate what brings us closer to fulfilling our need for love, and what distances us from it. These moves express physical and emotional states that one can identify with and invite us to explore the state of human feelings. 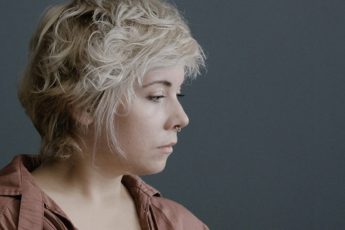