A Fantasy of Empire 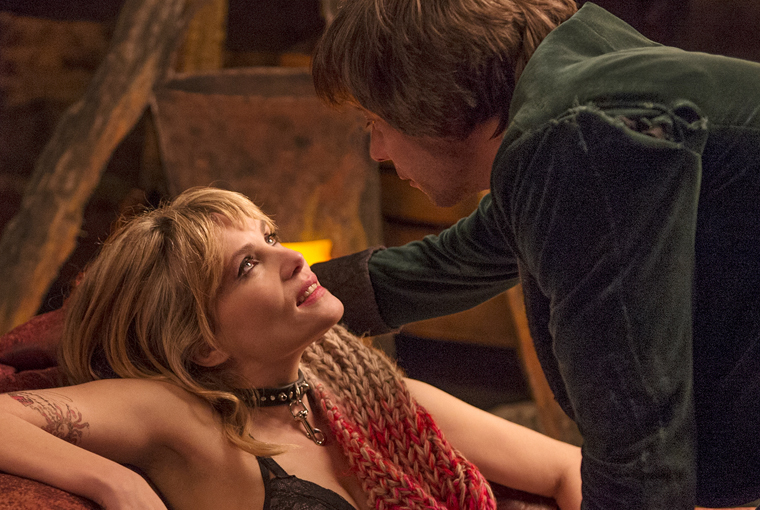 At the end of Leopold von Sacher-Masoch’s novel Venus in Furs, the author seems to retreat from the fantasy of Wanda von Dunajew as the “demonic” woman, the cruel victor in the battle of the sexes between the woman and the protagonist, Severin von Kusiemski. Their relationship has ended in a scene of agonizing humiliation for Severin, when she allows her new lover, an Apollo-like Greek, to flog him before she leaves Severin for good. Years later, she sends him a letter in which she confesses that she assumed the role of the Venus in Fur to “cure” him of his “fantastic devotion and […] insane passion.”1 This epilogue allows a final inversion of the erotic jeu de pouvoir that has shown Wanda as, alternately, a diabolical executioner and a genuinely caring woman succumbing to her lover’s perversions. The novel wraps up, rather surprisingly, with the conclusion that “woman, as nature has created her and as man is at present educating her, is his enemy. She can only be his slave or his despot, but never his companion. This she can become only when she has the same rights as he, and is his equal in education and work.”2

This rationalism – an almost disorienting crash back to earth from the heights of fantasy – is, in turn, set upside down in David Ives’ play Venus in Fur and Roman Polanski’s French film adaptation. In the film, Severin’s counterpart is an effete author and inexperienced director, Thomas Novachek, who has adapted Sacher-Masoch’s work into a play. Alone after a frustrating day of auditions for the part of Vanda, he is about to go home when a vulgar, gum-masticating actress in an S&M get-up blows through the door. Her name is Vanda Jordan, and she barrels through Thomas’ irritated defenses to coerce him into an audition with him reading for Severin. Not only does the vapid Parisian wannabe-actress give a brilliant interpretation of a decadent nineteenth-century aristocrat, she also knows the script better than Thomas himself, produces a mysteriously authentic set of props from her bag, and knows a disturbing amount about Thomas’ fiancée. Casting off the guises of woman-as-inferior, then woman-as-artistic-inspiration, Vanda finally reveals herself as the avenger of the muse upon the author – or of an erotic deity on a mere fetishist. If Ives’ play leaves it ambiguous, Polanski clearly favors the third possibility.

Rationalism has very little to do with Thomas and Vanda’s interaction, but there is something fearsomely calculating about the way Vanda turns Thomas’ authorship against him. Her deft manipulation manifests itself in her mastery of the setting. Unlike in David Ives’ play, set in a depressing audition room, the filmic Venus in Fur takes place in a run-down Parisian theater strewn with the set pieces of a canceled Belgian musical comedy. One of the first signs that Vanda Jordan is not simply a bimbo is her deft adjustment of the stage lighting, not to mention her unlikely supply of nineteenth-century props and costumes. In the words of Anne Elizabeth Dwyer in her reading of Jean Laplanche and Jean-Bertrand Pontalis, “fantasy […] is never the object of desire, but its setting”3. Furthermore, Vanda’s assumption of control over the theatrical setting represents a subversion of Thomas’ rationalist fantasy of the Empire epoch as a setting for romance and refined mutual pleasure. By seemingly given in to Thomas’ artistic fantasy, she reduces it to its crudest sexual elements. Therefore, it’s worth examining the trappings of the trap that Vanda springs.

Vanda encourages her victim to yield to his nostalgia for the more “civilized” Habsburg epoch. For him, Sacher-Masoch’s era was a time when “conversation could be erotic,” when people could be overcome by “outsized emotions.” In fact, he seems to cherish this era for the tension he perceives between societal restraint and emotional excess. It’s no surprise when the actress Vanda Jordan impersonates his personal “northern Venus” in a scene that they improvise, complete with a campy German accent. This Venus is commanding, yet pliable, conforming to Severin/Thomas’ authorial and sexual fantasies. Like Wanda in Sacher-Masoch’s novel, she seems to have Thomas’ interests at heart, even if she impersonates a cruel deity.

If Thomas is as attracted to the setting of the book as much as to its heroine, it seems likely that he is attempting to recreate the rationality of the book’s closed world as well as a sexual situation. (In fact, he more or less rejects sex with Vanda Jordan.) Vanda pretends to conform to this rationality only to explode it at the end of the film, reappearing as a Greek bacchante and punishing Thomas mercilessly for trying to arrogate the primal power of fantasy. Indulging his Habsburgian nostalgia, the author discovers that he has not found his way into a safe, sealed-off playspace, but yielded himself to a timeless, uncontrollable and unloving force of nature.

These themes are evident in David Ives’ play, but the change of setting proves a particularly rich question for Polanski’s Venus in Fur, which is a Polish-born director’s adaptation into French of an American play based on a novel by a German-speaking Galician Polish aristocrat. These transpositions add extra-narrative framing devices to the labyrinthine fantasy world of the book. Dwyer has analyzed the Slavic elements of the novel Venus in Furs, in particular the exoticized folk-costume elements of Wanda’s dress, and Kusiemski’s “hybrid” German-Slavic character, which emphasize “the opposition of […] civilization and sensuality, man and woman” but above all “the contrast between the Galician setting of much of Sacher-Masoch’s earlier writing and […] a larger cosmopolitan European culture”4. Woman is associated with ancient paganism, mystery, and power; man with the “cold,” rational European North, Christianity and religious mortification. Wanda only becomes a cruel “northern Venus” at Severin’s instigation, when she accepts the role of tormentor to Severin’s sufferer. At heart, she is a free, elemental, pleasure-loving woman with finite patience for the theatrics and strictly assigned roles of martyrdom.

When Galicia is swapped for modern-day Paris, naturally, many of these associations disappear. But according to Polanski, Venus in Fur is a “Polish film”5; Vanda herself – Emannuelle Seigner, that is – believes the film is close to Polanski’s early works such as the Polish A Knife in the Water6. Part of that may be the huis clos quality of the film. But, like Polanski’s The Tenant (Le locataire, 1976), Venus in Fur is also an outsider’s jaundiced view of the Parisian establishment. Vanda’s acidly accurate description of Thomas’ fiancee – a woman from a wealthy family and a good school, with a dog named Derrida and a penchant for Arte – mocks the quintessential bourgeois-bohemian, and highlights Thomas’ unspoken disenchantment with it. (This speech necessarily departs from Ives’ play, in which the fiancee’s dog is given a biblical, rather than French-philosophical, name. A jibe at French cultural touchstones if ever there was one.) Vanda’s enticing psychological tortures include the temptation for Thomas to surrender his postmodern Frenchness and embrace his irrational Galician literary double, tunneling through the different psychological and extra-diegetic layers of the adaptation toward an elemental, dangerous realm of imagination. 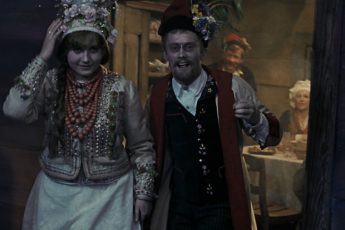