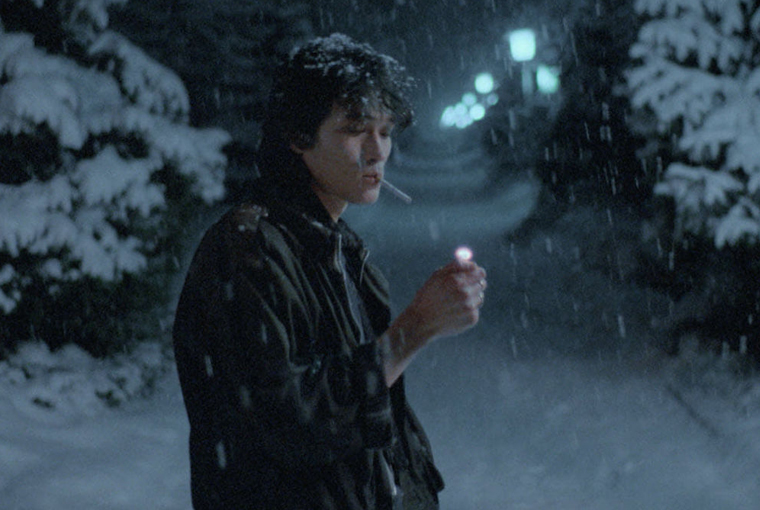 The musical group Kino, spearheaded by song-writer and vocal lead Viktor Tsoi, has produced an unprecedented rise of post-punk music in the USSR. Having gone from giving illegal concerts in private apartments (“kvartirniki”) to entertaining entire stadiums in many countries, Kino has been a prophetic sign that defined the taste and trends of the Soviet youth of its period and has gone on to gain a foothold in the annals of musical world history. Tsoi’s contemporaries noted the unenviable situation of post-punk bands during that time: the creative activities of musicians were faced with administrative, political, and social pressures from all sides simultaneously. The official line throughout the Soviet Union was that “today you play the jazz and tomorrow you will betray your Homeland”.​1​ At the beginning of its career, this atmosphere of antagonization had a major impact on the band’s ability to distribute their own musical works among the population. The format preferred by the state was a Soviet version of disco music, which was supposed to reflect the well-being and tranquility of the country. But from a certain point of time, this no longer met with strong support among young people. The emergence of an alternative, post-punk direction in music was perceived as a revolution:​2​

What is the post-punk style expressed abroad and on our soil? The hipster movement could not be deprived of the moment when it would express itself musically—and one understands that what is natural has a different background in California from in Moscow or Leningrad communes… Post-punk style fits into the consciousness of the generation in the most organic way.

The best way to understand Tsoi’s persona and significance may be through a number of films which came out in the late Soviet Union, showing him in his chosen role, that is on-screen. The author’s style as the soloist of Kino became popular among cinematographers during Perestroika. By inviting the musician to play his own revolutionary texts in films no less revolutionary in form and content, Sergei Soloviev and Rashid Nugmanov managed to create cinematographic artifacts of the glasnost period which reflected a turning point in the minds and views of broad layers of Soviet society. A key element of this new period was the figure of Tsoi with his breathtaking lyrics and musical accompaniment. Transfiguring original punk music from British music bands in the 70s and 80s, Kino was presented to the public as a breath of fresh air, bringing the long-awaited changes without which the Soviet man was in danger of rotting alive.

In Assa (1987), written by Sergei Soloviev, Tsoi was given a rather minimal role as a musician in a restaurant. But his chilling style, unbridled gait, eclectic and punk-like choice of dress gave away the nonconformist nature of Tsoi, who was presented as a new role model to emulate and follow. Kino’s song “Our hearts require the changes”, performed by the band on-screen, would turn into a kind of anti-hymn for people yearning for political change. At the end of the gangster-love story, with its inherent element of action-movie, Soloviev decided to take a risky step, a step that is emblematic of the embryonic era of Perestroika cinema with its curiosity for everyday aspects of Soviet life and elements of genuine futurism: he inserted an excerpt of a live performance of Kino during the credits. This turned the ending into a kind of karaoke for cinema audiences, who would shout out, right in the auditorium, “We are waiting for changes!”. In my opinion, Soloviev deserves the title of a reformer due to this desperate attempt to present a revolutionary musical text on the big screen.

The Needle (Igla, 1988) was a continuation of Viktor Tsoi’s cinematic journey. The film is a genuine stand-out in part thanks to Viktor Tsoi, who played the role of nonconformist Moro. The author’s musical compositions, which mark the beginning and end of the film, are a call to reform the life of Soviet people by building a completely new social world on the ashes of the previous political and social order. This message is clearly reflected in Moro’s intention to save a girl from drug addiction and give her a taste for life.

The film Needle was intended as a warning sign for those who had chosen a dangerous path in an era of enormous social change by succumbing to drug addiction. It is no coincidence that the first track presaging the plot’s twists and turns was “The Star called the Sun”, which addresses the impending danger of temptation. The guiding star, whose historical purpose was to show people the right path, the movement to light and away from darkness, is shown at the edge of the horizon, signaling the beginning of a new turn of life, not only for the characters of the film, but primarily for the Soviet audience. The era of fundamental changes in social foundations that prevailed in the Soviet Union at that time had a direct impact on the people themselves, who were faced with the choice how they should live. The Needle’s postmodern motifs, in cinematography and decor, were the setting for an action movie with long fights in Asian martial-arts style, and also a road movie with the main character walking ceaselessly in different locations. The “good luck” message in the final song, later sung at almost every guitar party in the Soviet Union of that time, suggests a direct dialogue with the generation of young people affected by the changes. The message, it seems reasonable to say, was not so much conveyed in the plot of the film itself, but by the chosen genre of musical accompaniment. As befits the musical representatives of post-punk attitude, the score carried a deep meaning through an unsophisticated text and repetitive, leisurely guitar accompaniment.

Cinematographic representations of Viktor Tsoi continue to this day. The plot of the film Summer (Leto, 2018), set back in the early ’80s, is surprisingly reminiscent of the current social climate in modern Russia. The atmosphere depicted by Kiril Serebrennikov is one of confrontation within an undeveloped civil society. Disparate music bands retransmitting and revealing the depressing characteristics of their existence, as well as their numerous fans and admirers, all suffer from the overthrow of the former stagnant Soviet system. In Summer, denial and rejection of the former ideals are expressed in youth protests and quarrels with the older generation, who hold on to rigid and false notions of the future. The post-punk genre, adopted from Western colleagues in the music industry by Soviet listeners and musicians, began to play a key role here, encapsulating the spirit of resistance which the youth of the time began to breathe:​3​

Everyone at that time shared a passion for new romanticism. Or rather, they did not juxtapose their passion for romanticism with punk. The new wave – it was the music of that time. Which began with rock and roll “Sex Pistols” and “Ramones”, reggae “The Clash”, went to the avant-garde “Japan” and “Adam and the Ants”, mixed with gothic romanticism “Damned” and “The Cure”, smeared itself with synth-pop and dissolved in pop. We did not feel like strangers, neither among hard rockers nor among neo-romanticists. Especially in the mid-eighties.

In Leto, Victor Tsoi appears to the audience exclusively in a constructivist sense. The image of the musician was created thanks to the postmodern techniques used by the film’s director, Serebrennikov. Thus, the performer of the main role was a German-born person with Korean roots, who, on the one hand, spoke in the film with the voice of a Soviet man, and, on the other, with the non-conformist voice of a musician. The synthesis of these three components – his multicultural roots as well as his double role as homo sovieticus and nonconformist – reflects the embodiment of the old-school figure of Viktor Tsoi, who becomes close to the perception of a new generation of moviegoers. This construction of the musician, which includes not one, but a multitude of Is, reflects an attempt to portray Tsoi as a collective image of numerous elements of the present, fostering the mantra of Tsoi’s immortality as a cultural phenomenon that persists to this day. “He doesn’t look like it,” a film character named Skeptic grumpily notes, but the audience, recognizing the voice of a bygone era, willingly accepts the form that the old-new Tsoi parades.

In the film, Viktor comes up with the band name “Kino” while passing by the cinema “October” during thoughtless wanderings around Leningrad. “All life is a cinema”, “We live like in a film” and other commonplaces, not only hint at an indispensable cinematographic element in everyday life but also at the direct participation in the development of the “story” process, that is, the influence of our actions on events. As the Russian expression has it, the ship begins with the name, and the beginning of the creative history of Kino began with the choice of a very accurate and concise name. The potential growth, which would come true, from the scale of playing privately in kvartirniki, up to playing at concerts of many thousands of people, is like a local rendition of the so-called American dream.

Summer is a kind of tribute not only to Tsoi but also to a whole generation of Soviet youth, who managed to replicate an original nonconformism throughout the Soviet Union, thus helping to bring the authoritarian system to its logical conclusion. Tsoi himself did not live to see the collapse of the Soviet Union, but it would be a serious omission to dismiss as peripheral and minor the creative work of Kino and many other bands in the process of changing the socio-political structure of the country. All three films featuring Tsoi (or his persona) point to a deep-cutting conflict in Soviet society at the crossroads and a confluence of two epochs – the outgoing Soviet collective fiefdom that was replaced with the triumph of individualism.

Nowadays, there is a new addition to the Russian version of post-punk music every year, which Tsoi and the post-punk bands of his time managed to bring to the mothballed Soviet Union. Indie bands, inspired by the creative stance and language of performances of Kino, choose a similar style of presentation: the voice of the soloist is usually reminiscent of the voice of Tsoi, there is simplicity and sharpness in the lyrics, and finally, a sense of hopelessness and lack of perspective. If in the West, we speak of a “postpunk revival”, then in present-day Russia it is “neopostpunk”, as represented by such avant-garde underground bands as Molchat Doma (from Belarus), Ploho, Chernikovskaya Hata and many others. The legacy of Tsoi, adapted to existing post-Soviet realities with a complex set of new problems, but with a clear reliance on the recent past, allows us to see the potential of the existing subcultural niches to generate a new page of musical folklore. And the appearance of new feature films that address the memory of the creative work of Kino, such as, for example, the film Tsoi (2020) by Alexei Uchitel, attest to the relevance of life stories of long-gone heroes for the current generation of Russians. “Tsoi is alive” – this slogan not only continues to be relevant, but seems eternal and inexhaustible. 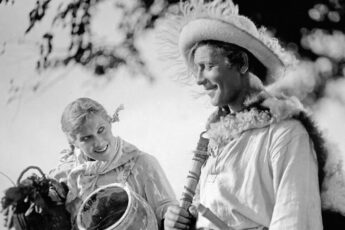 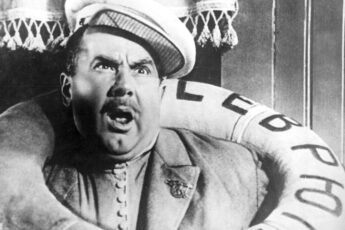 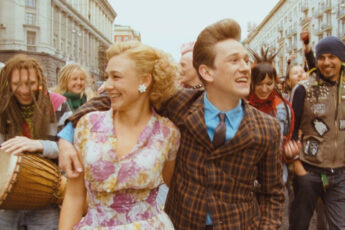 A Search for Cultural Identity in Contemporary Musical Films from Russia