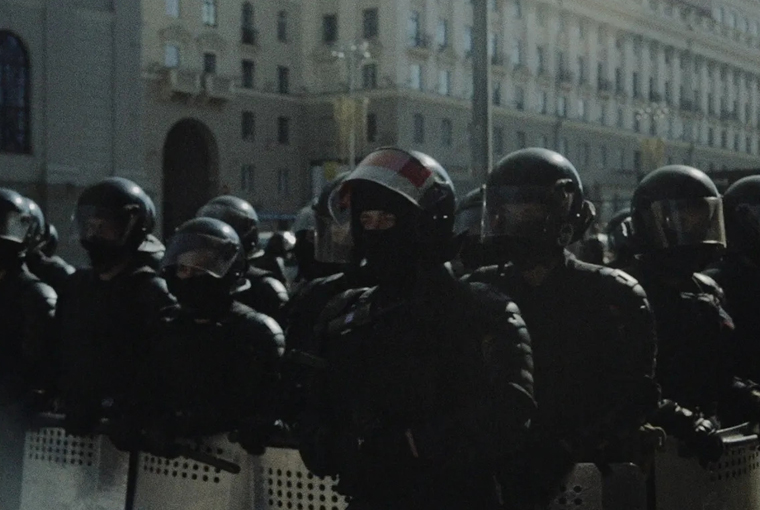 Social movements on the European Continent – both those involving trade unions with a long history, as well as those carried by newly founded groups (for climate, gender, or under the banner of identity politics) – commonly faced an impasse in recent years. Massive protests shook capitals amidst an ever-increasing police presence, yet no tangible results were produced. Instead, people had to face the cruel reality of police repression and violence that did not stop short of resorting to torture and willingly causing serious injuries.​1​ As traditional social actions turned futile, a faith crisis emerged in many regions of Europe. Strike movements and protests lost their initial optimism and gradually declined, at the same time attesting to reinforced policing policies. France’s recent “global security” bill, aimed to update police practices and surveillance, was deemed “incompatible with human rights” by the United Nations.​2​ Even if the lawmakers were forced to rewrite some of its most controversial articles before the final vote, the law as it stands today is still considered by many to be “disproportionate and unacceptable”​3​. In an equally alarming case, Greece assembled a special police force tasked with “protecting academic freedom” which is scheduled to be deployed within public universities in September, an unprecedented move that was strongly condemned by the academic community on an international scale.​4​ Facing this spiral of escalation, some of those who used to believe in the potential of collective social fights turned bitter and cynical or chose social isolation. Feel-good online initiatives or personal semi-spiritual projects gained ground, based on the belief that one’s private “enlightenment” may be important enough to produce a positive change in the surrounding world. More often than not, this involves trying – and failing – to read fundamental texts of critical social theory, or Marx’s Capital.

The balance between individual and collective forms of resistance is at the center in Sasha Kulak’s Mara. Shot from within the 2020-2021 Belarusian protest movement, Mara is a hybrid documentary which aims to convey the general ambiance of the social movement as well as the filmmaker’s own affective response. The film starts in a slow and abstract way. No context is provided as the viewers witness the slow movement of a body of water and listen to children’s voices invoking the Red Queen (also referred to as Mara), a female spirit from Slavic mythology that has the power to shape both dreams and nightmares. As the Queen is born, so is a question that traverses the rest of the film: “who’s dreaming of evil?”. The Queen becomes a guide for the audience and joins the protesters as an individual wearing a white plaster mask and crown. Both a member of the protest and visually differentiated from the others, her presence is surreal. Her individuality is accentuated by a camera that follows her closely, while the eccentric appearance prevents her from merging with the crowd as she remains an observer who looks on at a distance. The images of this strange individual are coupled with a less-than-factual voice-over, which the audience begins to associate with the filmmaker’s own voice. Through personal reflections, quotations drawn from myths and the repetition of words or phrases, the narration conveys the affective journey of someone who gradually goes from hope to powerlessness. The film thus paints the emotional state of a person poised between the real violent world and a personal dreamy universe, never accepting the anonymity of the protesting masses. As the film progresses, the boundaries blend; observational moments documenting the crowd’s actions – and the dramatic police actions summoned in response – alternate with theater-like sequences showing the Red Queen playing with children in a playground or next to an unidentifiable body of water. Mythology is depicted both as a personal escape route and a force that may sustain the social struggle. “Only the Red Queen may save us,” is said at one point, linking the social miracle to a spiritual or divine one.

The film provides little historical or political context, and so its images can easily be related to social movements beyond Belarus. All dreams turn into nightmares as the collective aspiration of the protesters is crushed by masked and well-equipped anti-riot policemen, who seem more than eager to respond with disproportionate violence. An overall introspective tone transforms the faceless police force into an omnipresent threat that exceeds Belarus’ national specificities, becoming perhaps the embodiment of the aforementioned “evil”, certainly its agent. The protesters’ faces, on the other hand, can be identified and are composed almost exclusively of female figures. Women protesters face an all-male police force that, through sophisticated fence systems and attack vehicles, is able to transform the urban space into a one-sided war zone overnight. In its most “journalistic” moments, the film documents women being on the front lines and pleading with young policemen to join their cause, proclaiming themselves to be their “sisters” and “mothers”. Such scenes recall the style of 1970s militant cinema, when politically engaged filmmakers were themselves organized in social movements. Mara’s political ambition is clearly expressed but, nonetheless, the film’s message remains fragile, giving preference to personal voices and expressing longing for a generalized and multifaceted emancipation.

The film’s extensive use of myths and fictional devices to comment on reality may surprise viewers who expect observational filmmaking as the go-to filmic device for transferring knowledge. One could even question the obsession with the omnipresent voice-over, which resists a full surrender to collective dynamics. The film’s aim seems different though. To make sense of reality, mediation is often necessary, and the director opts for fiction and role-playing instead of direct depiction, especially when approaching the most brutal – or absurd – of events. For instance, the harsh testimony of a woman describing how she was beaten for hours inside a police van is staged as a theater scene. The victim is placed on a theater stage, taking the role of Mara, herself wearing the mask and crown associated with the spirit while the main subject/actress (Iryna Jyhila), who is still dressed as the Red Queen, remains silent on her side, absorbing the violent details of her story as if to exorcise the trauma. Documentary-making joins pure theater, creating a blend that perhaps shows little formal rigor, but conveys what feels like an honest personal statement, along with the doubts, aspirations, and contradictions of someone who finds herself amidst a major political moment that surpasses her immediate understanding. It becomes progressively clear that the film is itself an experiment, a medium employed by its creators (perhaps chiefly the filmmaker along with the main actress) to make sense of their own feelings during this social crisis. Cinema here becomes a tool for finding meaning as the film oscillates between myths, role-playing, and real-world events. The end product is a personal and touching portrait of a kind of revolt that seems all too familiar in a Europe that is facing a constant political and social crisis.