“Stability Is a Privilege.” 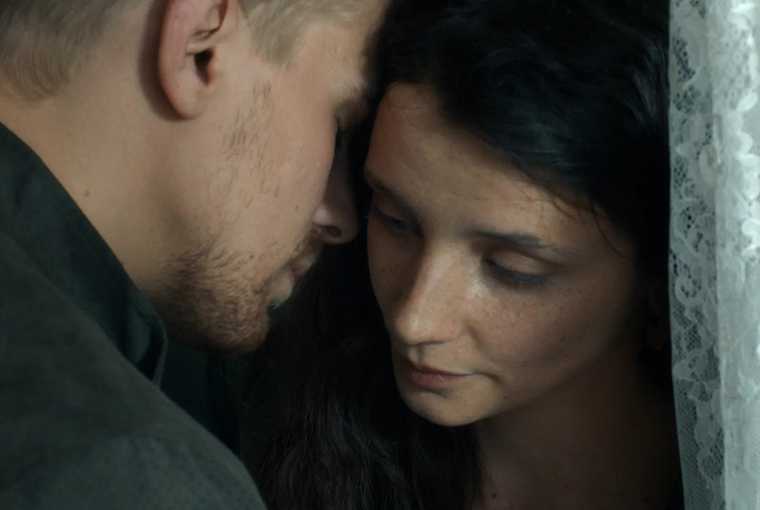 In Dondurey’s propitious debut feature, a young woman spirals into depression after she experiences a sudden, tragic loss. The narrative is navigated by protagonist Kira’s emotional journey and her coping mechanisms when faced with episodes of psychological turmoil. The realistic tone of the film is heavily understated, focusing deeply on Kira’s relationship – or lack thereof – with her family and peers. Dondurey offers the spectator a somber view of emerging adulthood that suggests life doesn’t have to be hysterical or complicated to be difficult.

The protagonist’s story is immediately met with struggle. Kira (Katya Ermishina) has recently moved into her deceased Grandmother’s apartment in Moscow with her long-term partner Ivan. The cramped layout is in disrepair; wallpaper hangs half ripped from the walls, the kitchen sink is faulty, and they are constantly fixing windowpanes. When asked by Kira, Ivan (Ilya Malanin) is reluctant to return to teaching or sell his car to save money. She keeps her pregnancy a secret from him and he screens all her calls when they are not together. The couple have quickly become cohabitants of the flat, any sense of romance or intimacy has gone. They find more pleasure in unpacking the worn-out moving boxes with the grandmother’s odd artifacts than they do making love. In a misty bathroom, Kira and Ivan have joyless sex, both disinterested and perfunctory. The steam conveniently shields their view of each other during the sad, silent act and the camera lingers as motionless and frigid as the two lovers themselves. During a scene in which Kira smokes on the balcony, Ivan approaches her from behind. They are divided by a thin curtain that envelopes her and, interestingly, Ivan pulls at the fabric instead of touching his girlfriend. He chooses not to reach out to Kira who is draped in the billowing veil, using the cloth as an invisible barrier. She herself wears the curtain like a transparent cloak, peering over her shoulder rather than directly addressing Ivan. This tableau could be interpreted as their mutual acceptance of their dwindling relationship. Kira and Ivan are in such close proximity but they both convey a sense of defeat, almost repugnance, toward one another. I believe Dondurey builds up such a problematic dynamic from the start to purposely avoid any unnecessary narrative exposition. Ivan is an inattentive boyfriend and Kira begrudgingly hides her contempt for his charitable career. They are two believably fallible characters who have ignored their bad habits to the extent they find themselves stuck in a loveless relationship.

Kira and Ivan’s domestic equilibrium is shortly thrown asunder when – entirely offscreen – Ivan’s heart stops during his daily jog. It’s an absurd incident and the only fanciful element of Stand by Me. This plot twist is a catalyst that triggers Kira’s mental breakdown, forcing her to revisit the traumas of her past that have since been ignored. At the hospital, Kira meets with a faceless doctor who attempts to explain what happened to Ivan. She immediately stops him from detailing the freak accident and storms off with Ivan’s belongings as soon as she can. Walking home, her face shows a neutral blankness. Her gait is stiff but weightless, as if her entire body were numb. The audience has been subjected to Kira’s stubbornness prior, in sequences set at her office in the university. The ambitious and headstrong architect has an inability to compromise on her vision of a newly built housing project in Moscow. Kira’s aggressive tendency to insist and impose her opinion onto other team members demonstrates her refusal to cooperate to a fault. This can be applied to the majority of people she encounters in the film; her therapist, fertility doctors, students, her mother, her boyfriend. In rejecting the traumas Kira is faced with, she believes she is invulnerable. To feel pain is to admit weakness and so she projects an image of invincibility to avoid being victimized. In her mind, getting hurt requires getting help and that poses the threat of inequality in how she is treated. Notably, Kira is not ignorant of her self-diagnosis, nor is she morally dubious. Her indecisiveness in whether to have an abortion or not stems from her strained relationship with her mother. Kira merely wishes to prevent the abusive cycle of her own mother/daughter paradigm for her own potential children.

It is no secret to Kira and her sister that they suffer from abandonment issues since their father fled in their early infancy. Their belligerent and alcoholic mother is sure to remind them both of that at every opportunity. For the vehemently independent Kira, you can’t truly lose anyone that you don’t let in and that is why she pushes everyone close to her away. By the end of Stand by Me, Kira’s defense mechanism is exposed as a temporary and injudicious coping device. In the final scene, on reconsideration of rehoming Ivan’s dog, Kira shares a hotdog with the golden Labrador puppy. Smiling, she advises “chew it well”, accepting the role of carer and allowing herself to be needed and to need him. 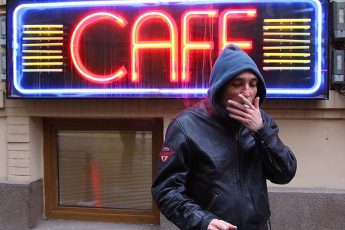 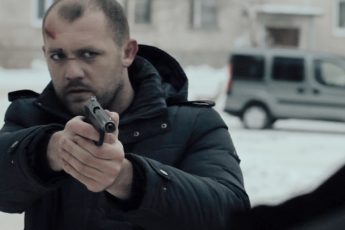