“I Never Hurt Anyone” 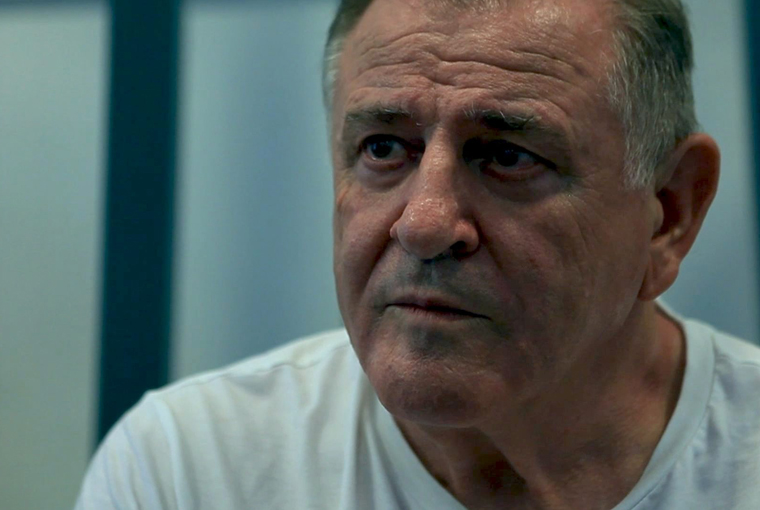 In this great age, which shall almost certainly be remembered in posterity for the ridiculousness of its democratically elected leaders, we would do well to reflect on political figures whose stars have duly risen and fallen. At least, this is the premise that inspired young Slovak director Tereza Nvotová, who decided the time was ripe to reconsider the specter of Vladimír Mečiar, the man who came to dominate the Slovak political scene in the 1990s. While his name might not mean much outside of the central European context, the director ranks him in her childhood pantheon alongside E.T. and Winnetou.

Adopting a highly personal stance, Nvotová retraces the events from the Velvet Revolution to the separation of Czechoslovakia, alongside Mečiar’s beginnings as a politician of the people up to his eventual demise as an autocratic ruler accused of physical violence and fraud. The director refers back to her own infantile impressions, as well as the experiences and shifting opinions of her left-leaning family, on their path from initial optimism to disillusionment. We see home video footage of an apparently politically astute pre-teen Nvotová testing out her future role as a hardboiled journalist by chasing around a boy dressed as Mečiar, who frantically scurries away from her questions. Back in the present day, Nvotová goes on a tour of various people who interacted with Mečiar throughout his career, from his spin doctor to a journalist threatened with death. As her crowning achievement, she even manages to secure an interview with the man himself, who shows her around his huge country home, feebly attempting to pass himself off as humble and misunderstood.

The great gift of this film is the plethora of amazing/horrifying/mindboggling archival footage from the sadly not-so-distant period of history. Aside from Mečiar’s own public utterances, which become increasingly absurd and deranged as his megalomania progresses, there are also countless vox pops revealing the extent to which the public at large bought into the persona he created for himself. Indeed, this larger-than-life, jolly, bumbling figure has become only too familiar in recent times, as it seems to now be obligatory for every country to have one. This grotesquely compelling, unfortunately universal quality is what will hopefully save The Lust for Power from being dismissed internationally as an insignificant biography of an insignificant disgraced politician like any other.

Indeed, aside from the archive materials, the format of the film offers little to capture the imagination of potential audiences. On the one hand, the centrality of Nvotová in the role of investigator adds a certain amount of watchability to an otherwise flat filmic approach, given her combination of youthful energy and critical irony. On the other, her prominence in the telling of the story is never fully justified beyond the obvious structural simplicity afforded by relying on a narrator’s commentary. While her filmic charisma is apparent, her own relevance within the history is not. As such, the film sits uncomfortably between the two possibilities of what it could have been but isn’t, namely a meaningfully crafted auto-ethnographic reflection and a serious political analysis. The first person narration leaves no room for counter argument or nuance, but simply barges ahead in the chronology by reeling off a sequence of dates and events presented as objective. What this gains the film in pace it loses in the validity of its socio-political critique. While the portrait painted of Mečiar is convincingly monstrous, and the similarities with the Trumps and Babišes of the world self-evident, what is lacking is a meaningful questioning of the conditions and factors that allow these figures to seize power, which, after all, they did democratically.

Again, the film is gifted the perfect “stranger than fiction” ending by its protagonist, who gave a bizarre final television interview upon finally leaving his office as Prime Minister by singing a goodbye song stating: “With the Lord God, I take my leave, I never hurt anyone…” The last scenes contain the most overtly political intention, as Nvotová bluntly accuses the most recent political forces in Slovakia of using his rhetoric and tactics, and, in short, condemning the country to relive the same experience of autocracy and oppression. Given its scope, the film succeeds in presenting a convincing and entertaining glimpse of an important historical figure. However, it seems a shame not to have lingered more on certain details, such as his manipulation of the media, to cite a very pertinent example, in the interest of a more critical engagement and wider relevance. Given the uncinematic approach, perhaps it would have been more effective if left to the realm of TV, where it could benefit from a serialized or episodic construction. Nevertheless, hopefully it will provide some insight for those who were previously unfamiliar with Mečiar, and sufficient fuel for debate among those who already had the misfortune to make his acquaintance.