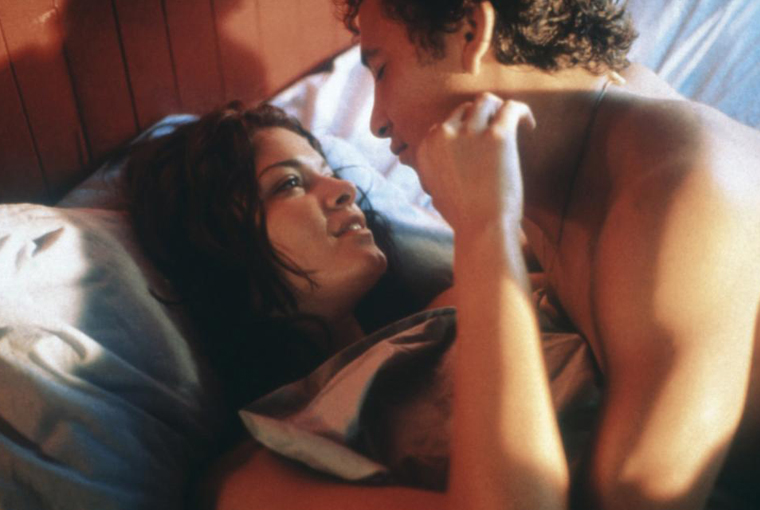 Broken English, directed by Gregor Nicholas, is a story about culture and tradition in a time of conflict. The film (not to be confused with the 2007 Hollywood drama of the same name) is set in New Zealand during the late 1990s. Several influxes of Croat immigrants had arrived in New Zealand in the years before the First World War, and came to work mainly as gum-diggers in the north, quickly gaining a reputation as hard workers. Then, during the Yugoslav wars in the 1990s, many people fled the North-Western part of what had been the “second” Yugoslavia to join their relatives in New Zealand. Broken English revolves around such an immigrant, the lovely Nina, played by Aleksandra Vujcic.

Nina is a strong-headed young woman. Her mother has a New Zealand passport, whereas her father Ivan, like Nina, seems to have arrived in the country recently. Ivan is strict and traditional, but very fond of his daughter. The second scene shows him boasting about her beauty to his friends as they drink and play cards, making her stand at the head of the table next to him to be admired. In contrast with the easy, relaxed style of the Tongan family next door, who Ivan claims to despise, this family seems strict and menacing. Disgusted and furious about the ‘ethnic cleansing’ that is happening in his country, Ivan feels the need to protect what he has left behind, especially his younger daughter.

Meanwhile, Nina meets Eddie (played by Julian Arahanga) at the restaurant she works at. Nina is impressed by her co-worker as he stands up for a young Chinese dish-hand. Nina and Eddie share true stories about their lives, reminding us of the Maori tradition of story-telling. Nina talks about the war, and how she became so frustrated with hiding and ducking around in her own country that one day she just walked right down to the middle of the street, undaunted by the Serbian tanks and soldiers. “It was my moment of freedom,” she declares. The young dish-hand in the story is part of a third family in this film, the Chinese couple Clara and Wu. The two dream of “making a little Kiwi,” but cannot stay in the country unless one of them gains the local citizenship. Luckily, Nina agrees to marry Wu for ten thousand dollars.

Much of the scenery is of suburban Auckland, whereas most New Zealand films feature the beauty of the countryside. Trains seldom whistle past the deserted tracks that lay before concrete front yards. Nina tells her stories while balancing on one rail of a train track, the scenery perhaps resembling a Croatian town at peace, contrasted with some images of the war and street fighting we see right at the beginning of the film.

“My papa’s dead eh—after his tangi my mother and my brother Manu gave me this tree, this pohutakawa,” Eddie points out in his English lined with Maori words. His English is ‘broken’ and like in most colonised countries, the colonising language collides with the native language of the people. The ‘broken’ part of his language comes from his family, his ancestors. When Eddie speaks with Nina, his use of Maori words is generous. She learns about his culture while he hears about far horizons. In moving towards total acceptance they speak their own languages. Explanations follow later.

Ancestry is a curious thing. It obsesses some people, and others are rather indifferent to it. Enthusiasts go all over the world to meet their ‘relatives’, whom they have painstakingly mapped out in a ‘family tree’. But in the end the importance of a relationship is more than mere genetics. Whether any of it actually means something seems almost irrelevant. Of course, the smugness of finding a relative who shares your familial passion for tennis or knitting may be an illusion, as such interests aren’t uncommon. The word ‘tree’ in family tree is a clue here, because as in Maori culture, ancestry has a mystical element for genealogists. Genetic mapping is like religion; it gives us wider connections, which then give us stronger roots in this world, a place in the wilderness.

Many people don’t have the luxury of exploring their family history. Broken English gives us two quite different examples of people who don’t. Nina has escaped from a war-torn country to which she will probably never go back. On top of that, her immediate family is estranged when her father discovers that she is pregnant. Eddie’s culture on the other hand is slowly fading away. His people are poor and struggling to get by, the Maori language dying out, and sacred ‘tapu’ lands being built over by developers. One of the final scenes beautifully underlines how families can start again. In slow-motion, we see Eddie running barefoot through the town, his leather jacket flying out behind him, his pendant ricocheting off his chest. In one hand he holds a spade, and a tree in the other one. He plants this tree, under the cover of the night, in the back-yard of Nina’s house…