Post-Communist Suicide: From Cynicism to Irony

Romanian Cinema of the 90’s and of Today 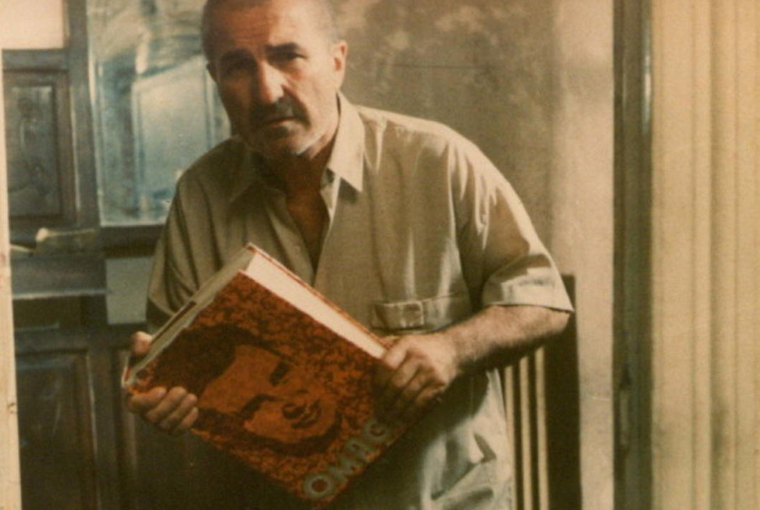 Today, Romanian cinema has reached an international audience with slow paced, taciturn films often dealing with post-Soviet conflicts – authority, crime, immigration –, and sometimes with the attempt to come to terms with their Communist past. An often praised characteristic of these films, albeit the seriousness of the gloomy stories they depict, is their subtle irony or black humor. Take 12.08 East of Bucharest for example, where three people from Vaslui meet on a TV-show to investigate whether their town was involved in the Revolution that led to Ceausescu’s fall. The ironic twist of Porumboiu’s film is that, while the journalist’s desire to find out the truth about the Revolution appears in itself to be an enlightened, and even revolutionary deed, he is proceeding with the same absurdist investigatory tactics that were typical for Communist regimes. In one scene, for example, the journalist doesn’t take in consideration the statement of a Chinese citizen because he doesn’t like that the Chinese sells firecrackers in his town, and then advises him to go back to his home country. By the end of the show, the democratic quest for truth proves itself no less ideological. The journalist thus gives an answer to his own question. Was there a Revolution? No, because the formal outset of that question is such that it cannot be discussed without returning to the same mechanisms the Revolution tried to overcome.

While Revolutionary deception was also the main conclusion that came from the Romanian films of the 90’s, they are are aesthetically opposed to their successors. These films are wordy, colorful, and chaotic (Pintilie’s The Oak (1993), or Dan Pita’s Pepe & Fifi (1994). Let’s take Mircea Daneliuc’s Conjugal Bed from 1993 as an example, where the aspired freedom of post-Communism leaves the helpless society deadlocked in the same problems. This can be seen when the main character’s wife Carolina is pregnant with a third child the family cannot afford. As they are also too poor to pay for an abortion, Vasile, Carolina’s husband, forces her to get rid of the baby by jumping off a closet. During Ceausescu’s time, of course, abortion was illegal, and women invented all sort of tactics to end a pregnancy (as in 4 Months, 3 Weeks, 2 Days). The message of this scene is clear: money (Capitalism) is the new dictator, and the poor masses are still not free. But despite the brutality of the scene, it is still funny, mostly because of Vasile’s exaggerated search for ever higher springboards: floor, chair, table, closet.

Both generations of filmmakers thus come to similar conclusions (about the survival of an ideological specter) and operate with similar effects (humor). On this later point however, they radically differ. The humor in the films of the nineties (Pintilie, Daneliuc) is openly displayed, it works with coarse, exaggerated gestures, whereas the humor of today’s filmmakers is subtle, it has to be discovered under the surface on which it resides. Another way to put this is to say that while the comedies of the 90’s are cynical, today’s comedies are ironic. Daneliuc’s film invites us to laugh about the reality of misery (where we should actually cry) and thus liberate ourselves from it, whereas in Porumboiu’s film, we laugh about the fact that this reality is just the reality of those who create it and of those who accept it as real. In other words, the cynic’s problem is precisely that of the journalist in Porumboiu’s film. While thinking that he is about to truly discover the real meaning behind the surface of events, he is unable to perceive that such a reality is in itself only a construction. So when Daneliuc is telling us that the promises of freedom and democracy are in reality only third-class tickets to hell and that one should rather not buy one, Porumboiu makes us aware of the fact that the very quest to find that reality is already a ticket bought.

In his readiness to unravel and denounce the secret reality of society’s pursuits, the cynic paradoxically remains the ultimate Revolutionary. He believes that once everyone perceives that things are not as they really are, they will be inclined to change them. Nothing “really” changes however, which is why he will always be haunted and feel trapped by no matter what reality he lives in (except that of denouncing). The cynic is caught between revolutionary dreams and profound disappointment. He feels betrayed by the fact that there is no world without evil secrets to discover, at the same time that he is nostalgic about the possibility of a true world. The falseness of reality he discovers will make him say things like, the “idea” was great, but the “execution” was imperfect. Nostalgic disappointment seemed to have been a widespread experience among intellectuals after the fall of Communism. Heiner Müller (who is often considered a cynic) confessed in an interview: “we lost the GDR as a wall to play against. The loss of enemies made our pattern fail. When there is no enemy you have to look for him in your neighbor.”

It is no surprise that the preferred symbolic device of the disillusioned cynic is suicide. In Conjugal Bed, Vasile kills himself repeatedly, in Pintilie’s An Unforgettable Summer, the main character Dumitriu commits suicide, and in The Oak, Nela sets her apartment on fire. The figure of the person repeatedly surviving his own suicides can be seen as emblematic for the cynic’s gesture to find ever new enemies, at the same time that his nostalgic dreams about the truth fall apart. He dies from reality’s deceptions but is reincarnated by his duty to resist it.

Interestingly however, suicide becomes a relevant symbol in the works of these artists only after the reality they resisted against disintegrated. In a way, they suffer again – not because, as Heiner Müller said, their enemy vanished –, but because the friend there to recognize their first suffering is missing. Frustration can thus be explained through the new reality’s failure to recognize their heroic endurance. It can even be misread as a sign of complicity, for example when Heiner Müller was accused of having worked as an “unofficial collaborator” for the Stasi. But even if the new reality celebrates its resisting heroes as the great survivors of an intolerable past, exterior recognition can never mend interior wounds. This is what the cynic is suffering from. He’s very much like Yahoodi in Sam Shepard’s play The Mad Dog Blues:

“Yahoodi: What do you know about my suffering? What’s your suffering compared to mine?

Marlene: I could take it away. I could steal it from you.”

For the cynic then, the appreciation of his suffering is at best fake and at worse a stolen profit for anybody but himself. Like Yahoodi, the cynic is afraid that there is a secret conspiracy going on, that behind praise, and recognition, an ungrateful wretch is trivializing his experience. His pain is thus only aggravated by the feeling that he resisted in vain, and that there was no point in having survived injustice.

The ironic attitude of the new generation doesn’t have this problem as it is mocking the deceptive reality from a safe distance. In a way, these new directors are like Marlene. They stole from their precursors the sour taste of hopeless breach, but they were wise enough not to turn deception into their property. 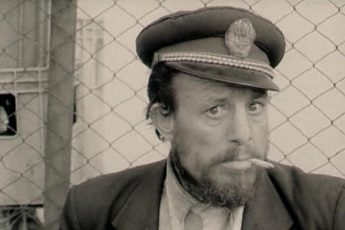