Friendship as Fragile as Ice 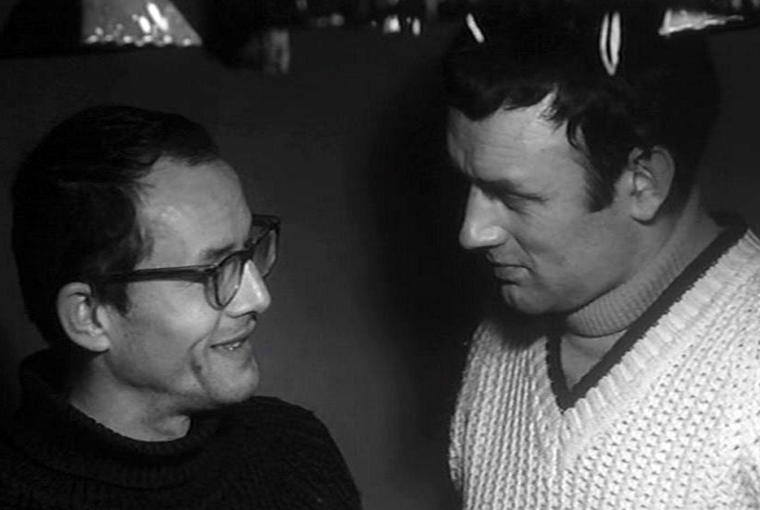 In a scene from Krzysztof Zanussi’s The Structure of Crystal, two Polish men pore over car advertisements one of them has brought from America. “Increasingly geometric,” muses his friend. The ads are cut into the film and fill the screen; indeed, the hard lines and forced perspectives have an abstract look to them.

The Structure of Crystal has its own, quite different sense of geometry. In its opening long shot, the camera shows a fur-bundled couple waiting in front of their house in a snowy landscape. The perspective places the actors in a neat line parallel to the camera as a car approaches. Clean diagonal lines and right angles recur in still-camera and lateral tracking shots, lending the film a calm, well-arranged, but slightly detached aura. Within this framework, the story plays out in a kind of human triangle linking former university classmates, Marek and Janek, and Janek’s wife Anna. This is not the classic romantic-love-and-jealousy trope or even a Jules and Jim situation. Rather, the film examines the relationship between two men who come to realize that their friendship is limited, perhaps even dwindling. (More on the female point of this triangle in a moment.)

Janek and Marek are now in their mid-thirties. Marek is a prestigious crystallographer and goes to conferences at Harvard; Janek has mysteriously quit academia and research to work as a weatherman in rural isolation with his schoolteacher wife. Marek is visiting for the first time in years, baffled by his talented friend’s withdrawal. The more he sees of Janek’s daily life, the sharper his criticism grows. Janek has given up serious research and a good salary in favor of homesteading and tinkering with barometers. Ignoring Janek’s manifestly happy marriage, Marek accuses his friend of wasting “the best years” of his life.

Marek sees his former classmate as acting simultaneously too young (he repeatedly berates Janek for fooling around “like a twelve-year-old”) and too old (“living like a pensioner”). He’s not entirely wrong; both Janek and Anna are good-humored and childlike, frequently collapsing together in bouts of laughter. On the other hand, Marek seems content to join in. One endearing sequence shows the two men smiling hugely as they engage in silly shows of masculine competition. In their fluffy coats, they do pull-ups on branch, race along a fence, and slide around on a patch of ice before going inside to arm-wrestle.

Despite his increasingly tactless exhortations that Janek “grow up,” Marek seems to perceive and perhaps even envy the comfort of his way of life. Three separate times, he glimpses the couple in private domesticity through a doorway. The camera takes Marek’s point of view as in the next room, framed by a dark doorway, the couple discusses budgets or the concept of entropy. In one of these scenes, Janek fends off a pillow attack from Anna with a mix of irritation and affection. Marek simply laughs at these spectacles of everyday intimacy, but eventually he falls under Anna’s charm himself.

Anna herself does more than represent the feminine sphere. Though girlish, she evinces an unpretentious intelligence. When Marek remarks that their life is Chekhovianly uneventful, she casually contradicts him and reveals her deeper literary understanding: “Lots of stuff happens in Chekhov.” Her classroom at the little school is full of gadgets demonstrating wave functions or showing the celestial sphere. She and Janek represent an intellectual curiosity that is integrated into a balanced, modest way existence, the philosophy that “maybe catching your breath is the best way of life.”

The final shots of Structure of Crystals answer its first. Now the two men are separating. Marek is driving away, and Janek is setting up a telescope. The camera looks down at the weatherman from on high: he forms the point of a lopsided triangle of which his footprints are the sides. Zanussi loves mathematical forms just as much as his characters do, but he prefers them in nature and ordinary humanity, in all their messy approximations. 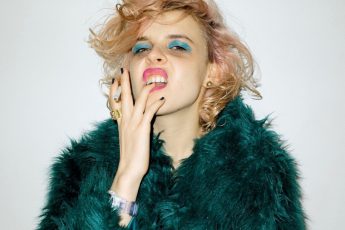 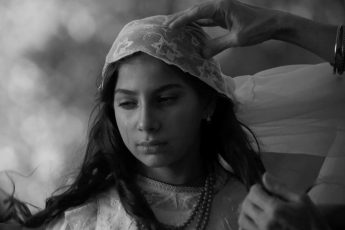