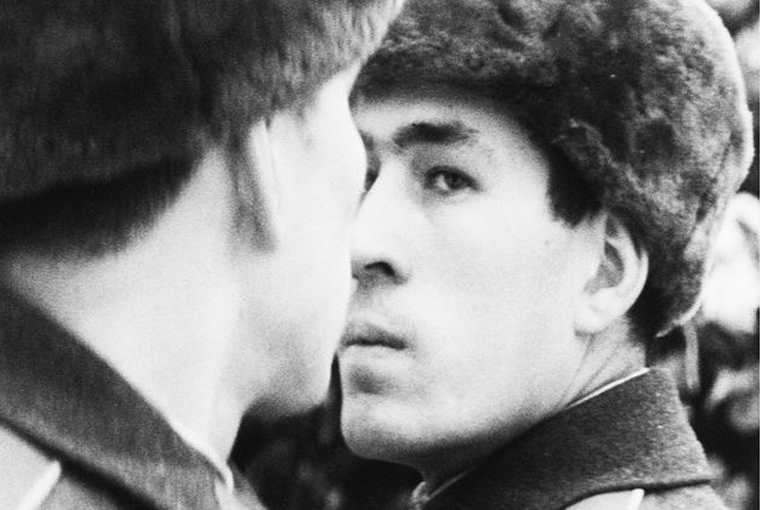 In 1966, the total population of the 15 republics that made up the Soviet Union was estimated at 235 million. It was at that time a Latvian documentary feature film was conceived, in order to celebrate the fiftieth anniversary of the Russian Revolution.

The 60’s witnessed the birth of the movement that would later be known as the Rīga School of Poetic Documentary Cinema. By the middle of the decade, a group of bright documentary filmmakers had gathered at the Rīga Film Studio (the concentration of gifted filmmakers in the documentary department was so high that an insightful joke began circulating: you can’t spit in the corridor without hitting a genius). Among them were Uldis Brauns and Herz Frank. The former debuted as a cinematographer for White Bells (1961), the graduation film of director Ivars Kraulītis, while the latter debuted as a scriptwriter for the same poetic documentary. Five years later, Uldis Brauns, now as the main director (assisted by Laima Žurgina and Biruta Veldre), and Herz Frank, still as a scriptwriter (although he had turned to directing in 1965), embarked together upon a remarkable journey. The project for a documentary feature was initially called USSR – 1966 and was aimed at presenting life throughout the whole Soviet Union. This meant that the protagonist of this film didn’t have to be a specific human individual, but a generic human being, with only one requisite: having a Soviet citizenship.

The Latvian filmmakers’ mission seemed impossible as they had to cover the world’s largest state (USSR’s total area was approximately 23 million square kilometres), which was also a very ethnically diverse country (over 100 distinct ethnic groups, with their own languages and cultures, traditions and values). Rīga Film Studio had some experience with big documentary projects (for example, in 1965, director Aivars Freimanis and cinematographer Ivars Seleckis had made the awarded feature The Report of the Year, about the life of the people in Latvia), but USSR – 1966 (which would be released as 235 000 000) was much bigger than anything they had worked on before, as it dealt with 15 Soviet republics, not just one. Herz Frank would describe it as “a really cosmic project” in the Film News from Latvia special issue for IDFA Amsterdam 2004.

For this grandiose documentary feature, four film crews (called Kameras) worked and shot simultaneously, all over the USSR, during a one-year period. Upon starting work, each Kamera unit was handed a hardcover-bound, typewritten notebook. It included a general outline of the whole production, a minute description of each of the film parts, a summary of narrative threads (the two main ones were the personal life of an individual and the events of high importance for the state), useful lists of travel guidelines and phone numbers, as well as excerpts from Dziga Vertov’s diaries (the principles and theories of the well-known pioneer of documentary filmmaking had a strong influence on Uldis Brauns and on the Rīga School as a whole). At the very end of the book of notes (which also included blank pages for a field diary) a map of the USSR was placed, where the team members could mark their route.

Each Kamera had to follow the “Field Manual” and was to respect the overall idea of the film when shooting, but was granted the liberty to make its own decisions, adjusting to the situation in the field. The film’s headquarters, where the filmed material was sent for processing and editing, was located in Rīga. The first basic theme, human life, was considered “the backbone of the film”, mandatory for all four Kamera units, while the second one, ‘scope of events’ was used for inserts. “It was a very interesting creative task – simultaneous scriptwriting, shooting and editing,” says Herz Frank in the above mentioned article.

235 000 000 can now be found in two versions. Without being prepared for this, I watched the shorter, better known, 70-minute version at this year’s edition of the Rīga International Film Festival “Arsenāls”. The screening was in honour of Herz Frank, now an 85-year old reputed documentary film director, scriptwriter and cinematographer. I was so impressed after my first encounter with 235 000 000 that I asked a Latvian colleague for the longer, 108-minute version, which I enjoyed even more.

The film doesn’t have scripted dialogues or voice-over commentaries, but the narrative power of the poetically edited images (one of the main interests of director Uldis Brauns) benefits from the beautiful and complex musical score, composed by Raimonds Pauls, which is divided into three major themes: Time, Love and Road.

235 000 000 paints a convincing collective portrait of the average inhabitant of the USSR in 1966, although this individual is shown living in perfect harmony with his society. The moving kaleidoscope of faces (with the widest range of features) and situations (main moments in a person’s life, rites of passage, ancient traditions, official ceremonies, daily activities) captures the rhythm of real life. Thus, the filmmakers achieve what they aimed for, namely to gradually move from specificity to generality. I should add that, in their “Film Manual”, the Kamera units were asked to “seek out the most beautiful, venerable, heart-warming and intense states of the human soul”. And they really did…

The cinematographers (Uldis Brauns himself, Rihards Pīks, Valdis Kroģis, Ralfs Krūmiņš, etc.), always adapting to the event and the environment, employ all their skills to add artistic values to their realistic observation. The sound mixers (Jānis Zīverts and Igors Jakovļevs) sometimes insert threatening sounds, even in the jolly sequences, anticipating the war preparations in the last part of the film. The editor Ērika Meškovska makes, probably at the director’s suggestion, clever associations (for example, between a parachute canopy and a bridal veil), resorting to contrasting images and poetic relationships. Alternating between private and public life, joy and sorrow, old and new, tranquility and turbulance, nearness and remoteness within a pace-conscious narrative frame, the film is extremely dynamic and reveals the multiple facets of a multinational, modern empire.

Taking into account that I am referring to a documentary film produced in Soviet times, I feel the need to speak about the relationship between communist ideology and aesthetics in 235 000 000. From my point of view, it is quite obvious that the filmmakers focused on human life (mostly its beautiful side) and did their best to avoid any propaganda elements, even when inserting sequences that involve the highest state and party authorities of the epoch. For example, there is a long sequence which presents the 23rd Congress of the Communist Party of the Soviet Union which took place in Moscow in 1966, with consequential participation of communist leaders from all 15 republics (suggested from the beginning by the several planes that seem to approach the Red Square). The camera moves freely, and the films gets only glimpses of the historical event without emphasizing figures or speeches. The participants are presented as ordinary people, not as very important, solemn officials, upon whose shoulders rests the state of the nation. It is also very suggestive that this sequence is preceded and succeeded by shots taken in a maternity ward, as if to produce in the spectators’ mind an analogy between the grown ups taking part at the congress, and the little children screaming, smiling and playing. By creating and maintaining a striking contrast between the two baselines above mentioned, which are subtly intertwined, Uldis Brauns and his team manage to reduce the ideological significance of the images and, thus, create an everlasting masterpiece of Latvian (and international) documentary cinema.

Ambitious in intention and astonishing in result, 235 000 000 begins with activities in a huge airplane hangar (a possible metaphor for the Soviet Union) and a brand new aircraft being taken out to face the world. The very ending of the film shows us a Soviet plane (apparently the same one) taking off, flying through the clouds, and disappearing into the distance. The last shots could be interpreted as a rhetorical question posed by the filmmakers: what future lies ahead for Latvia? We know that unfortunately, it would take their beloved country almost a quarter of a century to regain its independence… 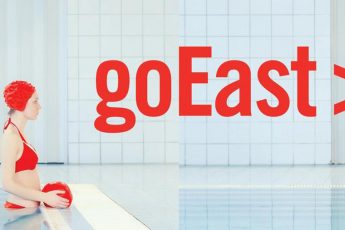