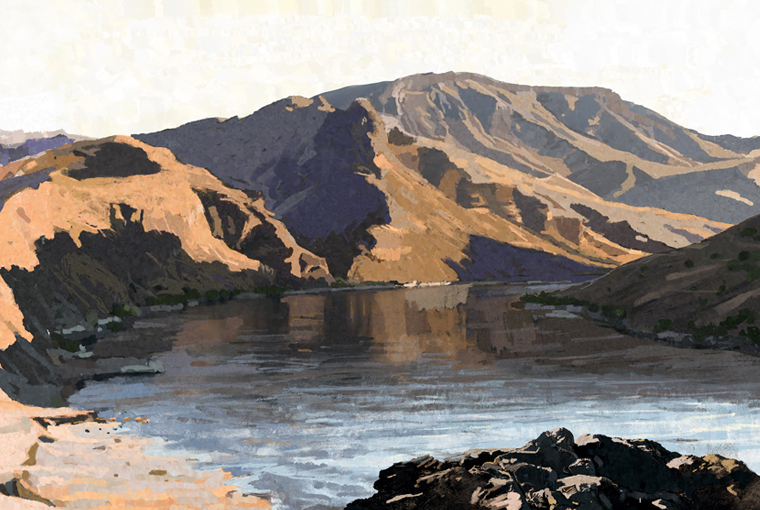 Amidst the seasonal looking away from anything that could disturb the lull of the summer break, a recent crisis in Kosovo demonstrated the risk of escalation: that the longer the war in Ukraine lasts, the more likely it will spread to other states. After protests and gunshots erupted in Kosovo’s northern regions in early August, the government of Kosovo postponed a new directive on license plates that had raised issues with the nation’s Serb minority. The directive intended Serbs living in North Kosovo to apply for local license plates, replacing their Serbian ones.

With the license plate rule, Kosovo was attempting to impose the same standard as Serbia, which has long had a similar restriction for Kosovar license plate holders on its territory. While such news would have probably not made international headlines, the issue had the potential to reproduce similar geopolitical hierarchies involved in Russia’s aggression against Ukraine. Serbia and Russia are traditional allies, and both countries have refused to recognize Kosovo’s independence, even though around 100 countries have done so. Despite the war in Ukraine, Vučić has attempted to retain good relations with Moscow, refusing to join anti-Russian sanctions, while insisting he still wants Serbia to join the European Union eventually.

Kosovo retracted the number plate rule, erstwhile deescalating military tensions at the border. A so-called “denazification of the Balkans”, as Vladimir Đukanović, an MP from the ruling Serbian Progressive Party, had warned a day earlier following Vladimir Putin’s rhetoric, has thus yet to materialize. However, a culture war similar to the one waged by Kremlin propagandists and the European alt-right against Western liberalism may already be in full swing. Three recent, somewhat interconnected episodes from the film industry in the Balkans illustrate this polarization of society and may be representative of a wider trend in which identitarian camps raise the stakes of political conflict and destroying the other side becomes the final goal.

The first episode concerns Predrag Antonijević’s Dara of Jasenovac, a film about the Jasenovac concentration camp, which was part of the Holocaust and the wider genocide, mainly of Serbs, in the Independent State of Croatia. The film is yet another addition to cinema’s painful descent into Holocaust kitsch, with the addition that it uses the Holocaust to push an ill-concealed nativist agenda. With elaborate drone shots over the camp site and close-ups on innocent children’s faces, the film takes so much pleasure in staging atrocities that the usual morality tale on the dangers of nationalism and racism falls flat. In short, Dara glorifies Serbian victimhood as much as it enters the blame-game of historiography, in particular against Croatia, thereby providing a selective view on history and, worse yet, culturally weaponizing history to spur the very nationalist sentiments a film of its genre is supposed to warn against. The rhetoric of the film’s tagline – “the human spirit will not be erased” – reveals the film’s true intent: it provides a narrative of who is human and who is not, and extrapolates the question of survival into the future, that is, Serbia’s geopolitical antagonism with Croatia today.

Most of this did not stay unnoticed. The U.S. distribution of the film in early 2021 and a scathing review of Jay Weissberg for Variety prompted several high-profile historians and human rights activists to condemn the film as Serbian propaganda. Unsurprisingly, this criticism was immediately interpreted as anti-Serbian. If the film itself had not been nationalist enough, then the rhetoric in its defense provided by President of the Board of Directors of Film Center of Serbia Jelena Trivan, Serbian Minister of Internal Affairs Aleksandar Vulin, and President Vučić himself, dissolved any remaining ambiguities. Thus, Jelana Trivan quipped whether such criticism would also apply to Schindler’s List, or whether it “only applies to our people”, setting the stage for reinterpreting critique of the film as criticism against Serbs. Vulin went yet a step further, calling Weissberg a coward (kukavica) and reasoning that the film is important precisely for Serbia’s children not to believe people like Weissberg, adding an anti-Semitic and/or anti-Western element to the debate. As for Vučić, he compared the film to the pride he feels for Serbia’s monuments, such as the Church of Saint Sava, the Monument to Stefan Nemanja, and the Heroes of Košare Boulevard, all symbols of Serbian nationalism.

Jelena Trivan would again make the headlines some months later, when the managing board of the Film Center Serbia decided to annul the funding of films by Želimir Žilnik, Goran Marković and Srdjan Dragojević, even though a selection committee appointed by that very board had already approved the projects. Žilnik, Marković and Dragojević are, of course, known to make movies that leave little room for anyone to feel proud (unlike Predrag Antonijević, the director of Dara, they have not been awarded the Order of Karađorđe’s Star, Serbia’s highest civilian and military decoration). Marković said in his official reply to the decision: “This blatant and illegal act is driven solely by the inquisitorial intentions of the regime to eliminate anyone who is not its servant…” In her defense, Trivan said that she “defended the state and its interests” with her actions, adding that she favors films, such as Dara, with a more “serious agenda”. In the same breath, she criticized those who remained silent about the anti-Serbian propaganda directed against Dara, i.e. anti-establishment filmmakers like Žilnik, Marković and Dragojević. According to Trivan, had “they” not been silent, it would have been easier to show Jasmila Žbanić’s Quo Vadis, Aida?, a film about the Srebrenica massacre in 1995, perversely blaming them for the reactionary film distribution politics of Serbia.

And so the third episode concerns the release of Quo Vadis, Aida? in Serbia and Republika Srpska (one of two entities constituting Bosnia and Herzegovina), where the film has yet to be distributed. Some, like convicted war criminal and founder of the far-right Serbian Radical Party Vojislav Šešelj, have called for a ban of the film, saying it depicted Serbians as genocidal. “It cannot be shown on RTS [Serbian public broadcaster Radio Television of Serbia] because it is an anti-Serb propaganda movie”, he argued. But such rhetoric is no longer confined to the far-right. Even if people like Trivan still congratulated Žbanić for her film on TV, the general climate seems to be one of control, fear, and oppression. Regarding the possibility of showing her film on RTS, Žbanić said that she was informally told that they would first have to consult with Vučić.

While all of these three episodes stoke the flames of the culture wars, it is easy to forget the social issues that are commonly associated with these battles, which may be their true purpose after all: culture wars turn fights that should be about institutional policies into fights about mores and about religious, ethnic and national identities. Žbanić made this point very clearly. “Today’s politicians”, she said, “whether Bosniak, Serb or Croat, have little interest in making people’s lives better”. Instead, they “use conflict as a way of dealing with each other,” she said, adding, “They are just recycling old narratives because that keeps them in power.”

This month, we continue publishing our coverage from the Golden Apricot Yerevan International Film Festival (July 10-17). In Yerevan, Isabel Jacobs saw Aurora’s Sunrise, an animated documentary about a survivor of the Armenian genocide; in our Interviews section, you will find a conversation with filmmaker Inna Sahakyan, who spoke about the project’s research and filming process. Our coverage also features a review of 5 Armenian shorts that depict a country at the crossroads. 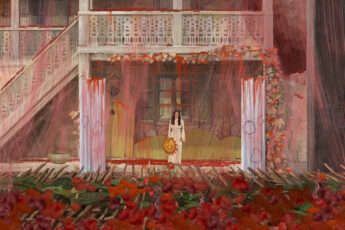 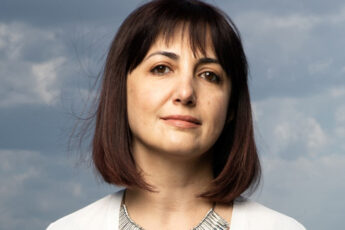 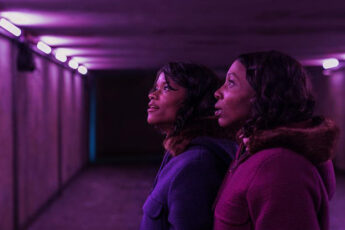