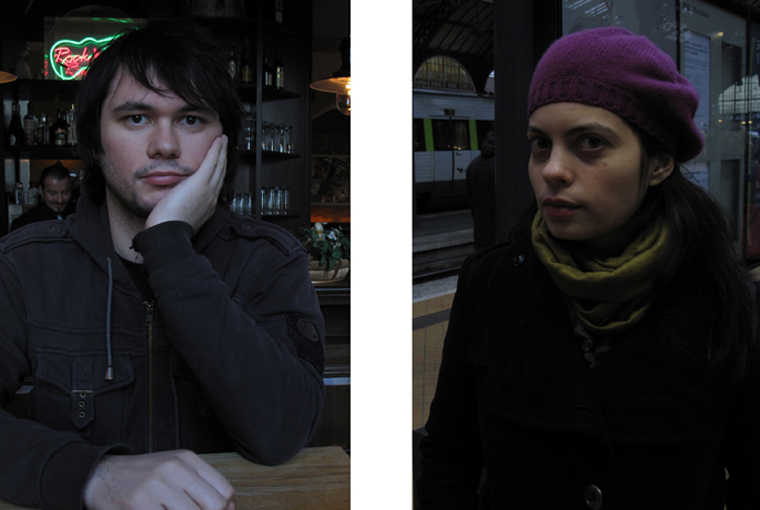 Adi Voicu and Ana Vlad are two young Romanian filmmakers that graduated from the University of Theatrical and Cinematographic Art from Bucharest. They both wrote and directed two documentary films: “Metrobranding”, a love story between men and objects, (2007-2010) and “Victoria” (2010). “Metrobranding” was among DocAlliance’s selection of the 5 best films from 2010.

What is the significance of “Metrobranding” and where did you get the idea for the movie?

Ana: The term Metrobranding denotes the promotion of a city through a famous film director who directs a movie about that city, treating it like a brand. When we first heard about this term, we were very amused and thought it might work for Romanian cities as well, which have been glorious during Communism but which are not remembered by anyone today, not even by Romanians.

Adi: The title of the film is self-ironic because the cities we displayed, as well as ourselves, were anonymous before making the film, but now it turned out to be a representative brand both for people and places.

Ana: That is why we added the title A Love Story between People and Objects, which is the key to the movie.

How did you select the objects you wanted to talk about?

Ana: We started with objects that we found in our own homes. We wanted to tell their story because we had a close relationship with them in our childhood. I owned a sewing machine that was very important for me. I like things that are hand-made. Nowadays hand-made things are really appreciated. but back then you didn’t have a choice but to make your own clothes.

Adi: We are having an emotional connection with these objects. We could have chosen other things too, such as Dacias, but I myself didn’t have a Dacia. I wanted a bike so much before the Revolution. I had it after it but then it got stolen.

Your approach is very observational. How did you manage to get access to the institutions you filmed? Where did you find your characters?

Ana: It is very important to spend a lot of time in those places to really get to know the people. What we wanted- and, I think succeeded in doing – was having a real relationship with those people. Even today we are still calling each other and meeting up. It was like going back in time. They were happy that someone was interested in something that everybody considered a closed affair, because, as Adi says, their CV is that one object they worked on throughout their lifetime. It is also a history lesson about the Communist period, but also about life nowadays, and perhaps the movie is giving some answers to questions that are bothering Romanians today. Romanian movies are lacking these aspects: showing how a street or people looks like in their daily life, which is why we were interested in showing these evanescent but valuable aspects.

Adi: We filmed for a long time and we had even got to the point of “forgetting” the camera. In each city we went to, we felt like the people had adopted us. Most of them have the age of our parents, and thanks to them we discovered something that would connect them to their youth. Finally, both movies are about our identity. We don’t have to run away from our past, it has to be shown, it is part of who we are today.

Ana: For them Communism was not in black and white, there were grey shades, and there were beautiful things too. On the other hand, there were anonymous victims as well, because they were formed to make good things, but things changed after ’89, and nobody told them how to do things differently. They were abandoned, both them and their cities.

Adi: We are always talking of Communism’s victims as being those political victims, but the majority which suffers today is disregarded. They are still victims of the Communist past, more than they of Capitalism.

“Metrobranding” was well-received in Romania. How did the public react and how did those who you filmed react after watching the movie?

Ana: The only question coming from the people we filmed was why the film was not longer and why we didn’t talk more about the city since we had spent a lot of time with them and they expected to be more present in the film. A lot of young people in Romania told us that after watching this movie, they understood why their parents kept so many objects that were not useful anymore.

I have the impression that the most difficult object to find were the sneakers from Dragasani. Were all these products valuable then? How about now?

Adi: Yes, finding the sneakers was like a police investigation. Those sneakers would be very fashionable today. The story behind these objects is very beautiful: for instance, there is the memory of getting them. 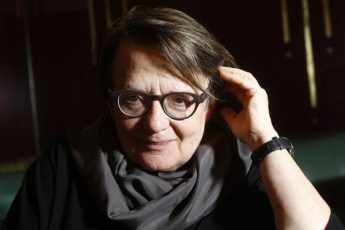