Andrei Ujică on The Autobiography of Nicolae Ceauşescu 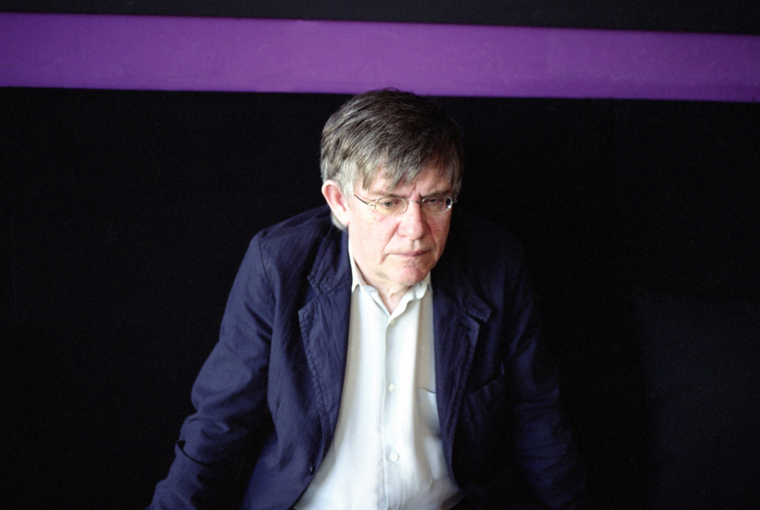 Andrei Ujică’s “The Autobiography of Nicolae Ceauşescu” is the last part of a trilogy dedicated to the fall of Communist Europe. The Autobiography is entirely made up of archive footage and chronologically reconstructs the Romanian dictator’s biography. I meet the director during the Cinéma du Réel Festival in Paris, where the trilogy was screened.

Your film is an autobiography. Are there any sequences that Ceauşescu shot himself?

In one of the hunting scenes, they shoot bears. I am almost sure Ceauşescu shot that sequence himself. He was probably sitting in the watchtower with his son, and as the cameraman went away for a short break, he played around with his equipment. We know that because the sequence is obviously shot by someone who doesn’t have a clue. The image is blurred. But then he shot the bear, leaving the filming job to his son, who was probably with him at the time.

Who else is responsible for these pictures?

Indirectly all of these pictures were generated by Ceauşescu himself, since it was his propaganda apparatus that was in charge of recording his life. They were ordered to cultivate his image and had to take great care doing so. This film can only be called an autobiography since it mirrors his perspective, showing the world through his eyes. He really lived in that reality.

Is that why the film does not show crimes?

Yes, that is exactly why. Images of crimes do not exist in the film because they didn’t exist in real life. The communist autocrats learned from the Second World War to avoid visual recordings of their own crimes. They have seen what happens when such documents survive. That is why we can only show these crimes through conventional fictitious methods, reconstructing time with actors.

It is also very complicated to actually show his crimes, since they are not as perceivable as those of Stalinism for instance. There were no labor camps, no political prisoners. Prisoners were released in 1964 by Gheorghe Gheorghiu-Dej, Ceauşescu’s predecessor, who was the Stalinist leader of Romania but who broke away from Stalinism like most of the other Eastern European countries. Ceauşescu was also tied to so many international political alliances and pacts that he could not afford to organize crime on a larger scale. So he had to look for other, less visible means, and another system, more difficult to represent. This system worked through fear and psychological coercion.

You said that images representing anxiety are difficult to find. “Videograms of a Revolution” begins with a woman suffering from anxiety. Are verbal testimonies able to make up for this lack?

The woman in that sequence is ambivalent. Without a doubt, she has been hurt. She is being filmed in a hospital. But at the same time she is hysterical, and an exhibitionist. The women speaks about the fear that these people had before the revolution, for example the massacres they feared to have taken place, even though they didn’t or at least not in that dimension. We are confronted with the days of the revolution in that sequence, and it is still not at all clear why there were shots, who shot and who gave the orders. In fact, most people who died in this chaos, died after Ceauşescu had already been overthrown. Ceauşescu wasn’t in power anymore when the army and the secret police fought against each other.

So in terms of perspective, the first part of the trilogy – “Videograms of a Revolution” – is made up of the perspective of the people, whereas the last part – “Autobiography of Ceauşescu” – of that of the state?

Sure. “Videograms” is composed of the perspective of witnesses. In 1989 the people had cameras at their disposal, since that was the year in which Sony introduced a camcorder to the market. All of a sudden the witness of history had the means to record the events that concerned his life.

Of course in the “Autobiography”, the perspective cannot always be that of Ceauşescu. He wouldn’t have been able to laugh at my irony. He would have disapproved of the ridiculous moments, and his uncanny behavior. In that way, the film is a fictitious autobiography. Ceauşescu would have never authorized such a film.

One of the most funny parts in the movie is a speech he gives on his seventieth birthday.

In that absurd sequence Ceauşescu starts to improvise and we understand that he completely loses track of reality. The scene is very bizarre. He has his birthday and the politbureau is present, who only came to congratulate him. So they put a microphone in the middle of the room, and Ceauşescu, instead of saying: “thanks, please lets go over to the buffet”, like one would expect him to do on such an occasion, starts to give an eccentric speech.

We can witness these improvisations on more than one occasion. I have chosen these fragments on purpose. For example, when he speaks at the Women’s Congress saying that “a love poem is nice, but actually it isn’t because poets also have to write revolutionary poems, which, in return, women also like, which is nice.” Those are the things he says that are not prepared, that were not written on paper.

In that scene his wife’s reaction is somewhat irritated. What is the role Elena Ceauşescu in the film?

Well, she came to have a political career herself. At the beginning, she only played the role of being the wife of a functionary. But then she becomes more and more important, and Ceauşescu welcomed her involvement. In the last years, his interest in day to day politics declined. He was disappointed, like a lot of dictators, who, at some point, get the impression that their people have betrayed them. Like Hitler, Ceauşescu thought that his people were not capable of fulfilling his ideas, because they are too slow, too lazy, etc. He then concentrated entirely on his imaginary construction sites, thinking that they would one day be his bequest. He wasn’t interested in anything else, so it was his wife who had to deal with all the rest. She rose politically because he didn’t want to anymore.

In the film she doesn’t speak until the very end.

Yes, she is even allowed to give a little speech. Then she co-signs legal documents, at the end everything was done twice. So all of a sudden the couple and the entire system reveals monarchical traits. That was the case with Mao, and with Kim Yong-il in Korea.

Were the films planned as a trilogy?

No. As a trilogy, the project developed backwards. As I was making the second film, I thought about the first and realized their relationship. Only after having decided to make the third, I thought about something like a coherent structure.

Every one of the three films is a variation on the idea of the prologue and epilogue. “Videograms” focuses on the theatrical side of this idea, it is almost like a monologue. “Out of the Present” is pure cinematography. It has a lot of spectacular images, we even sent a camera into space to record our observations from the universe. In the “Autobiography”, the prologue and the epilogue has a narrative role. Looking back on the history of film, the movie follows a classical plot line. There is a star, a hero and he is stuck in some sort of process, and all of a sudden he remembers and looks back on his life. So there is a narratological variation on this theme. All of the films have this variation.

Thank you for the Interview.