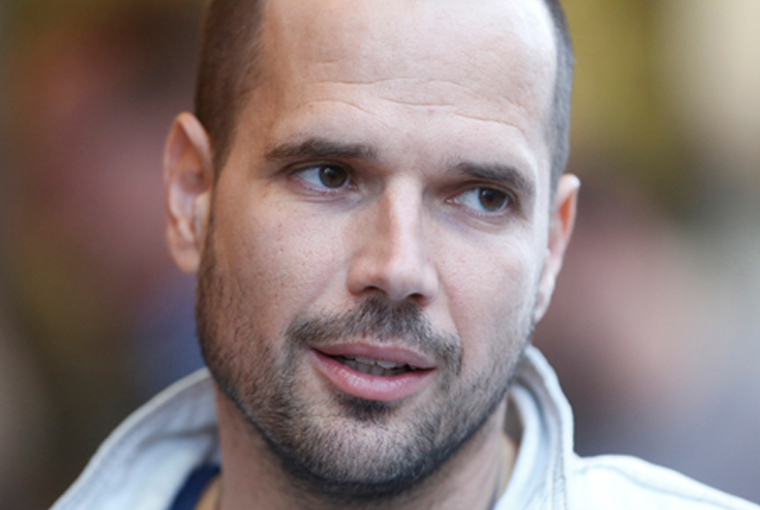 Moritz Pfeifer met Hungarian director Benedek Fliegauf during this year’s GoEast Film Festival (April 10-16), where he presided over the international jury. Fliegauf speaks about his most recent film “Just the Wind,” its reception, and making movies in Hungary.

What kind of point of view did you take in the movie?

Why did you focus on the victims?

I started out to write something different. In the film we follow three victims, but I began to write a version where we follow one policeman and one murderer as well, so that they’ll all meet in the end. But then I stopped this version because . . . Did you see that video footage of how they executed Ceausescu?

When I saw that video I felt sorry about these people, and this is what I wanted to avoid. These people ruined their country and they were really nasty people, but in the end they looked just like a poor old couple wanting to survive. It important to understand that there are no criminals but only victims so that, for example, a pedophile is not only a criminal but also a victim of something. But if I would make a film about somebody being touched by her father, then I wouldn’t want to show the father because I would create sympathy for him – which may also be interesting or provocative, but somehow it’s disrespectful. So that’s why I chose to focus on the victims exclusively.

What role does sound play in the movie?

I’ve been a sound-designer for more than ten years. Sound is very important, usually like half of what makes a movie or even more. I also make sound design plans during the writing process. I don’t like hearing sound, I like to feel it. In the case of Just the Wind, it was sad that didn’t have enough time to work on the sound because we had to finish before the Berlinale. So we reworked it afterwards.

Compared to your film, many films – Kusturica, Tony Gatlif – about Gypsies look like clichés focusing on the romantic aspect of a life outside of society. Did you also make this film to try something else?

Yes, that was another reason to chose this subject. I wanted to make a real Roma film because it just doesn’t exist for some reason. All artists who make deals with Gypsies end up with magical realism, where the main characters are witches doing voodoo or something like that. Of course, the Roma like to see themselves in such a way. When we showed them our movie they were shocked and told us that we all know that they live in these circumstances, but that they never thought that anybody else would see them in this way because they are so accustomed to these kind of films – the Kusturicas and so on.

Were there any controversial reactions at home?

Yes, but I protected myself in several ways. After announcing in an interview that I will make this film, there were thousands of cruel comments circulating in the internet like “oh my God! This fucking liberal Jew from the richest area in Budapest is going in the fields to judge the Gypsies and then back to his bourgeois place,” and so on and so forth. But that helped me a lot and I am grateful for these comments because they showed me that whatever is being said on this topic is not first and foremost related to me, but to the topic. There’s a strange trick in the film, which is that even if you’re an extreme right-wing racist, you can’t really say anything against the film because if you do, then you support the murderers. Since racist people think that they are decent people – that, for example, Gypsies shouldn’t be killed but… etc. – standing next to the murderers is not what they would want to do. When the film opened in Hungary, both sides were positive about it because it neither idolized the Roma, nor did it demonize the Hungarians.

Is that a form of diplomacy? Should you have taken a more provocative stance with the risk of inciting controversy?

I don’t think diplomatic is the best way to describe myself. It’s true that I didn’t do anything brave, but during the preparation of the movie, many people thought that I was insane because I turned down four offers in the States and Germany ignoring the opportunity to continue my career in the English-speaking world. Why go back to Hungary with a DV camera and meet the Gypsies? At the time it wasn’t that diplomatic. Of course, after winning the Silver Bear – this beautiful shiny totem – it sounds diplomatic.

Was your choice of treating a specific national problem affected by a sense of responsibility towards your country?

Not really. Right now I have two projects, one happening in Asia and the other in South-West Australia. I never really understood this concept of working exclusively in your hometown. If you watch my films, they are all very different. Maybe the core is the same, but the surface and even most of what lies underneath it is very diverse. After Dealer, everybody wanted me to continue making gloomy and hypnotic films in abandoned factories. When I made Womb, the same thing happened. If I have something forcing me to go in one direction, I usually try to go in the opposite direction.

What is your next project?

I was preparing an extremely experimental movie for one year and then applied to the Hungarian Film Foundation. They told me they would support the film’s budget, which was already very little, with 10% if I find a co-production. So in other words they let me know that this film is not going to happen. Then I applied again and went there to tell them that this will give them the worst kind of media attention. They increased their support to 20%, and now I’m not going to do this film. I have more than twenty film projects, and am now working on a script for a film that will take place in Hungary which we will most likely shoot next summer.

Do you think you also have political reasons to stay in Hungary?

Yes. How can I put it? It is a very desperate situation. I can tell you how I feel with my friends. If the Fidesz government makes a bad move, which is very common, we think, “Wow! That’s great! That will weaken their power and they will loose the next election!” And each time they do something provoking such a response it’s funny, but also tragical. The only thing we can do is be happy that they are ruining our country. I really like being the witness of this, for example how they flushed my experimental movie down the toilet. Existentially, to stay in Hungary is not a good idea because I could easily finance my family doing a co-production. But actually it’s a good combination, it’s good. 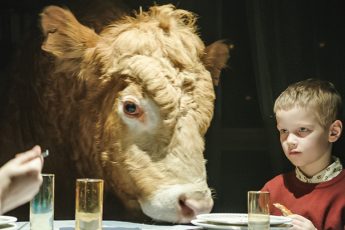