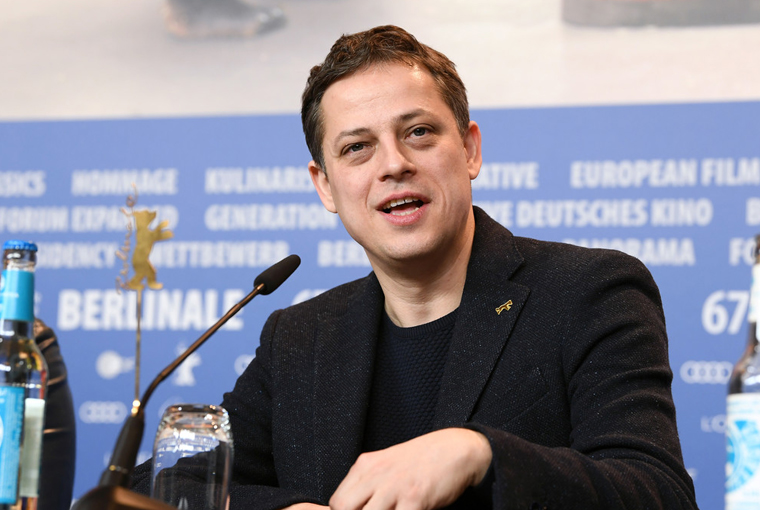 We met Bojan Vuletić during this year’s Berlinale, where his latest feature “Requiem for Mrs. J” was part of the Panorama section. Vuletić reveals what inspired him to make his film, and whether he thinks there really is a place for optimism in his bleak vision of post-Yugoslav reality.

At the Q&A you mentioned that the film is inspired by frustration at the current situation in Serbia. Could you tell me a bit more about how that frustration developed into the final story, and specifically why you chose the character of a middle-aged woman to tell it?

The idea for the story of Requiem for Mrs. J originates in the intimate acquaintance with a woman who embodies a typical victim of the transition process in Serbia. She is a modest, quiet woman, who does not want to bother anyone. Without a job or redundancy pay, without a husband or the will to go out of her apartment, feeling unwanted and rejected by her family, Mrs. J finds the parts of an old family gun and decides to assemble it. The new political and economic system is altering the old face of Socialism, bringing big changes in the value system, which inevitably leads to an identity crisis. I am neither an economist nor a sociologist. But it is obvious that when you establish a so-called liberal market in a country that is producing less and less, and which has started to sell its failed factories, leaving workers on the streets, without any solution, undoubtedly these events lead to many problems and tragic consequences which remain present for a long period of time. The fact that such events have been lasting for so long is devastating. Metaphorically speaking I wanted to show the corpse of the Socialist system which for long worked so nicely. Unfortunately, this system broke down and has been replaced by a liberal capitalist system that is even worse.

On the whole, the cast of characters is dominated by women, with only one main male character. Was there any particular motivation behind that decision?

I do not know. This was not intentionally planned. Perhaps it was something personal. I like to work with women. I think women are definitely the stronger sex. The position of women in our society has always fascinated me. By some definitions of drama: the hero is the one who suffers the greatest burden. In our society such a hero is definitely a woman.

The four generations of women in our movie are completely different. But all have the same problem. Simply put, what are we to hope for if someone who represents the future has a problem to adapt to a new system? Maybe this is the reason to tell this story from the female point of view.

The film ends on a tentatively optimistic note. Do you feel there is reason to be optimistic about the future in general, or did it just feel appropriate for the film?

This is a satirical black comedy on the subject of the current difficult social and psychological state of the people in Serbia today, and their lives which are often tragi-comic and absurd. In Serbia, however, bureaucracy and corruption not only make life difficult, but death as well, and thus the transition to the other world is to be slow and vague, just like finding a document lost at the counters of the administration system. But I am optimist. I think there lies some hope in the relationship between people. Especially in the family. Sometimes it is just enough to listen to someone and hope is already there.

All the shots are very meticulously composed, making full use of the space within the frame. Which came first, the set design or the shot composition, and how did these elements work together during filming?

I’m so glad that you noticed this. I have worked on producing this atmosphere with my colleagues: Jelena Stanković as DOP, Zorana Petrov as Production Designer and Lana Pavlović, Costume designer. From the beginning, we wanted to visually recreate the mental state of our heroine. We realized that her inner perspective on the last few days of her life is crucial. Since she is already with one foot in her grave, she cannot see things in a realistic way anymore. So we tried to establish a dreamlike and oneiric visual style. At the same time, we wanted the film to stay realistic. In the end, I feel we achieved a very nice balance. 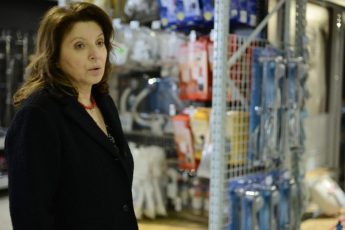