The Beauty of Chaos 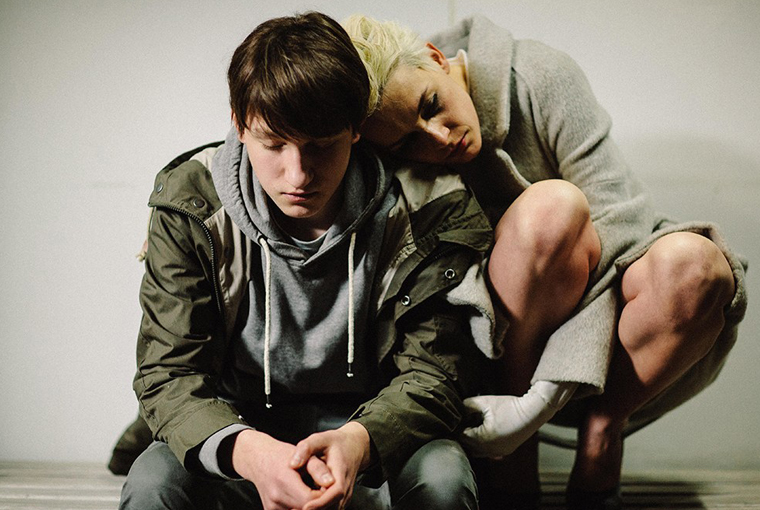 If any filmmaker indicates exactly how rich and diverse Polish cinema has become in the decade since the creation of the Polish Film Institute (PISF) then it has to be Kuba Czekaj. This is a filmmaker who within a handful of shorts and two feature films has established a fully coherent aesthetic identity that is challenging, infuriating and beguilingly original. The very fact that the PISF has seen fit to support his development through two features suggests that this is a national film institute more than willing to take creative risks; after all Czekaj’s work is a hard sell and perhaps best described with the English slang term ‘Marmite’, as in the savory spread. He may not be to everyone’s taste, but then show me a creative artist who is. Suffice it to say that at the very least his work has to be accepted as interesting and innovative.

The Erlprince is his second feature-length film in a year. The first film, Baby Bump, was supported through its development and production by the Viennale and premiered to an international audience at this festival in 2015. What is remarkable is that The Erlprince was shot simultaneously, with the financial support of the PISF and a few other backers. It is a mark of the man that, rather than see the opportunity to make one of the films pass him by, he chose to juggle both productions over a nine month period in 2015. Just as Baby Bump made a major international film festival, so The Erlprince received its European premiere at this year’s Berlinale, competing in the Generation 14plus competition strand. If Baby Bump felt insular and small-scale, even with its myriad visual and aural ticks and excesses, then The Erlprince seems immediately more complex and expansive. Using Goethe’s coming-of-age poem Der Erlkönig (1782) as a loose narrative framework, as well as a direct source of voiceover narration, Czekaj sets about constructing a science fiction film about a precocious teenage science prodigy who has discovered a way to navigate parallel universes. Whether it is in fact possible for the boy (a daring debut from young Staszek Cywka) to cross from one dimension to another, is called into question by the foreboding sense of apocalypse that engulfs the movie from the off. Are we bearing witness to true genius, or the delusions of a young man coming to terms with his rapidly approaching extinction?

Czekaj’s uncompromising commitment to his particular vision sees the film begin with the exceptionally bold, or stupid, choice to let the audience experience a protracted period of animate darkness. The first thirty seconds of The Erlprince are nothing but silent blackness, and then… a burst of light and an onslaught of noise. Anyone who has seen Baby Bump will find this sequence all too familiar, but The Erlprince takes Czekaj’s hyperactive and kinetic style outside and into some very dark and peculiar places. If Baby Bump was a film about leaving childhood behind and becoming an adolescent, then The Erlprince is about the even more arduous transition from adolescence into adulthood. We are introduced to a speeding car as it comes up out of a tunnel. The car is being driven by the boy’s mother (Agnieszka Podsiadlik, once again), the boy is in the passenger seat. An insert tells us we are only a few weeks away from the apocalypse. A blast of aggressively agitated noise rock accompanies the punkish opening credits, as mother and son swear, fight and almost have a car accident. Welcome to the cinematic universe of Kuba Czekaj.

The unnerving blank sterility of much of the set design is accentuated by the film’s furtive forays into the night. The mother here is unable to dominate her son’s life in the way the mother did in Baby Bump. Her only recourse is to call upon the son’s wanderer father (Sebastian Lach, another actor returning from Baby Bump), a motorcycle enthusiast who lives in a wolf sanctuary. It is father’s role to see that his son makes it to the International Science Competition his ego and intellect have selected as his rightful destiny. Yet what can any father do to postpone the end of the world?

One of the most striking things about Czekaj’s childhood diptych is that each film finds ways to ideally approximate the experiences of their youthful protagonists. Mickey House in Baby Bump has a life that revolves around the school and the home, as well as the immediacy of simple things, toys, glue, eggs. Czekaj frames Mickey’s world view in tight close-ups, rarely, if ever, pulling back to a wider picture. This is the extent of a child’s awareness of the world. The boy in The Erlprince is a precocious teenager and his world view is global in scope, underpinned by the knowledge he has acquired through schooling and his own experimentation. This is a world of small things locked into much larger structures, and the boy is just beginning to comprehend this. There are still some areas that are uncomfortably beyond the boy, sex is one of them. In his fantasy world sex is lying with his mother, and it is pure, radiant and inherently asexual. When the boy is actually confronted with his parents coupling, it is seen as the first rupture in paradise, as it is beyond the worldview he possesses. The limits of self-knowledge are the boy’s blindspot and his pursuit of parallel universes means he fails to come to terms with his own demise.

Another technique that Czekaj deploys to a considerably different effect in The Erlprince is his use of repetitious sound design and reoccurring imagery. The sound design is frequently almost sculptural in the way it forms a dense structural core of the film, with elements of it being continually shaved away, or smoothed off. The film is a whirring mass of aural glitches and expanded syllables of dialogue, with that opening blackness being one of the few moments of absolute silence. Words are often left incomplete, both in Polish and English, or the actors fall into stuttering repetitions, like a verbal equivalent of the physically spinning performances Andrzej Żuławski developed in his 1981 film Possession. So much of the boy’s world throbs and hums with noise, that oftentimes threatens to harmonize and become something like music. The penultimate sequence of the film finds the boy having entered a paradisical parallel universe where a peculiarly American fascism of ‘love’ has made hope-filled balladeering of all the spiky dissonance that had hitherto soundtracked the boy’s life. It is Czekaj’s commitment to true love that makes this sequence a particularly effective piece of satire. Love is not this lobotomized, hummable, peaceable brotherhood of bland, it is rather the verbal sparring, the explosions of anger and loud music, the incessant invasion of one another’s personal space, as exemplified by the relationship between the boy and his mother. Love isn’t the easy platitude or slogan, it is the harsh, hurtful jibe, the uncomfortable home truth, that only a loved one can truly give.

What makes me certain that we are witnessing the emergence of an interesting new voice in European cinema is the manner in which The Erlprince expands upon the aesthetic established in Baby Bump. This expansion shows a filmmaker with the capacity to develop new self-contained cinematic universes, whilst remaining wed to fundamental concerns that are tackled in a unique and refreshing manner. This is a filmmaker who revels in excess, finds beauty in chaos, and finds the scalpel sharp edge of love, again and again; a boy’s love for his mother, a mother’s love for her child, adult love, misunderstood love, self-love, a love of life, a love of death. The Erlprince is really Kuba Czekaj’s coming-of-age film.