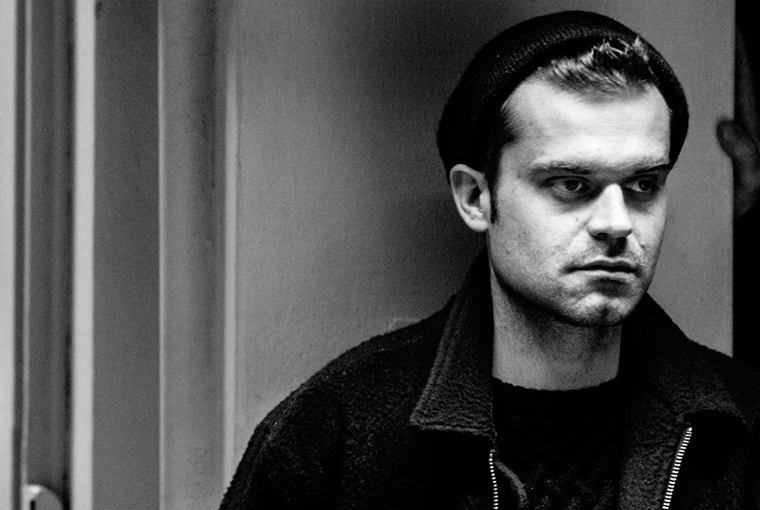 We had a lengthy conversation with the director of “The Erlprince” during this year’s Berlinale. Kuba Czekaj speaks about the themes that drive his work, outside perceptions, and some of his creative decisions.

I would like to talk about some of the thematic issues in your latest film “The Erlprince”. You have a really intense fascination with boys and their mothers. This is translated, for me, into two very unique takes on this relationship (“Baby Bump” being the other). What is the interest for you in this relationship and how have you gone about shaping a very unusual portrait of that relationship on screen?

It’s very archetypal. Relationships between mothers and sons, fathers and daughters are very important, as we all know. They are the first woman and the first man. Everything starts at home. Now this is funny, because at this point you should really be asking me if I am exploring my own fucked-up childhood.

Nope, I would never ask that.

I’m joking, but a lot of people do ask this question and they really want an answer. They want to hear that my life was really awful… but, no, fuck off! It really is not that simple. In my home there are a lot of jokes about these sorts of questions, especially in Poland. My childhood was so normal, so simple, without any big problems or fights. I didn’t spend two months in jail, everything was normal. Maybe that is why I now have such a crazy development of characters in my films. But to come back to your question, the mother and the son relationship is really crucial, especially in stories that are about coming-of-age. I have had many conversations with my male friends about relationships between fathers and sons. This relationship is always really difficult, but not only father to son, but man to man, friend to friend, guys really don’t talk. Everything is obvious to them. I am the same. Adam [Palenta] is my best friend but we are rarely talking about things, we have a different play of emotion. Yet male emotions are born out of the relationship to the mother. I am really sure about this relationship, it’s Jungian.

I like the spiky antagonism you create within these relationships. In “The Erlprince” you have the boy simply not allowing his mother her own space, she cannot escape him. She wants to get away and get past him, but he is constantly blocking her off. There is also the very direct and emotional manner in which the mother responds to her son, that cripples the way he wants to approach a situation or an argument. It prevents the discussion between them from going the way he wants it to go.

I think everything is started by that one question about love. It is very difficult to talk about emotion and to utter that simple phrase ‘I love you’. Only a very small group of people can do it. You can only really have that kind of relationship with very few people, where you can tell them exactly what you feel and exactly what you think. Also, the relationship between mother and son is all complicated, but it is also so simple. Even if the mother appears to make a bad situation for her son, she still really loves him. She really believes she is doing the best for him. Also, I have many questions about whether she really loves him. I also question if I like this character. I love this character. I love all my characters, because we are always broken, we all have different sides to our humanity. Also the background is really important.

You often talk about this idea of love being central to “The Erlprince”. For me this was interesting, as I had thought about that, but I also had nestling in my head, with regard to the film, this sense of ‘selfishness’ that the prepubescent and the pubescent child possess.

But you know? Because our character, the Boy, knows that he has lost something. He has lost that contact. When you are ten or eight you are like an extension of your parents, but the lad in The Erlprince is at an age where he needs to cut himself off, and establish himself as a different human being. So, as Agnieszka Podsialik said at the Q&A it is really a hard time for both mother and son. During this time everyone is selfish, children and parents both. You are selfish about your needs, about your goals, about whatever.

My last question is one that I know directors hate, but I will ask it anyway. I was really intrigued by the utopian ideal that emerges at the end of “The Erlprince”, where the boy has won the science prize, his parents are a conventional, loving couple, everything is much more colorful and lively and vibrant.

I was very intrigued by the fact that everyone in this section begins to talk in English. I’m sure that you have some rationale behind that, but I was wondering if you might want to talk about this a little.

Well, yes, this ‘utopia’ is really dealing in a big way with all that America, and especially American cinema, has given us. They have given us this landscape of happiness, especially that cinema from the fifties and sixties. These films seemed to occur in places that were wonderful, where everyone was happy, and nobody had any problems. Of course, for me when I started making films I hadn’t seen any of this kind of American cinema. In my childhood I saw lots of bad American cinema, very often horrors with crazy monsters. So this is an impression of what American cinema is for us and also for the characters, because obviously I use all of this language for certain reasons, for sure. One thing, one important thing, was to help my character to be unique, because if I create a gifted boy, then he needs to have some tools. So the first idea was to give him two or three languages. It was quite straightforward as in the film English is the language of science, so if we start talking about parallel theory, then finally we have the impression that the boy is across a border and in another dimension, and here the English language is the language of emotion, everything is to sweet, everything is possible. In this paradise he only sees one bad image, when his parents have sex, which is for him seeing something very disturbing for the first time.

It’s disturbing and shocking, isn’t it? And, for me, this matched, in the film, the element where the father goes in and feeds the wolves. There was a correspondence here between the two dimensions.

Continuing this language stuff, German for me was simple and obvious.

Yes, it’s, for me, the language of the poetry. Because you know at the very beginning I was planning on using a Polish translation of Goethe, but then I realized, come on he is gifted. We need a simple key to understand he is special and that is the fact that he knows three languages, which gives him an incredible imagination. It’s simple and not particularly unusual, or unique, as an idea. It was a simple way to give the impression that the boy is special.

What I am liking about your work is the fact that you are working with archetypes in terms of characters. You are working with, what on the surface seem to be, very simple ideas, but you find ways, both visually and aurally, to plough extreme depths in your film. Just to round off here, I’m not sure how the decision came about, but you have been done an incredible service by “Baby Bump” coming out first, because I can see, and I am seeing already with the promotional stuff, how “The Erlprince” could be promoted in a way that diminished your uniqueness. In the sense that you are seeing it in the promotional materials being compared to the likes of “Donnie Darko”. Which I think is crass, but…

Yeah, in the US there was a lot of talk of this being the Polish Donnie Darko. I liked that film very much, so I am proud of these comparisons.

…but “Baby Bump” coming out first puts your identity there very firmly and “The Erlprince” coming out after that becomes a continuation of that identity. I think this makes your voice seem more exciting than it may have otherwise.

I fully agree, although there is, of course, a lot of feedback that okay, I hate The Erlprince, but I like Baby Bump. And, of course, there are some people who hated both, but yeah, yeah, now there is a little competition, which film is better, or which is worse.

They are both your babies?

Yeah, but it comes with the job. They want me to serve them the cake, but I am just sharing what the cake is with them.