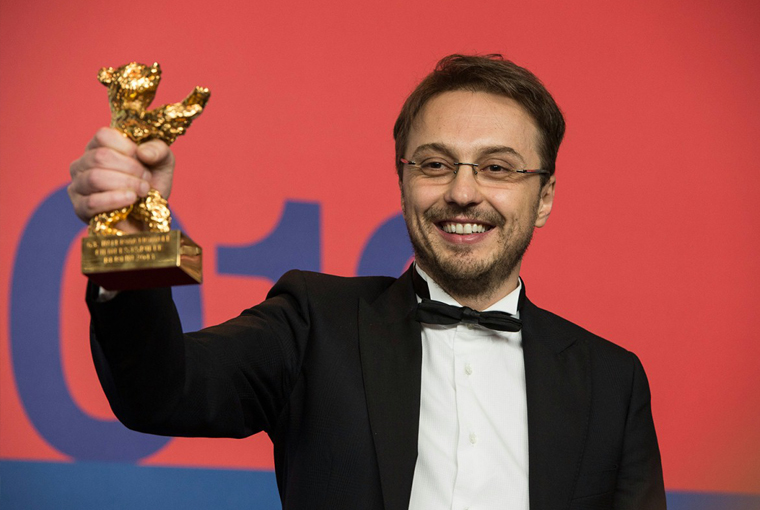 We met Calin Peter Netzer at the Berlinale, where his new film is part of the competition. The Romanian director speaks about the production process, his extraordinary cast, and corruption in Romania.

Was your story based on true events?

I was inspired from my own experiences with my mother and my co-writer was inspired by his relationship with his mother. But of course there are parts of it which are fictional, they don’t describe exactly our relationships with our mothers.

I was working on the script for two years. I probably re-wrote it about 12 to 14 times.

Before Cornelia even enters the police station, the police had already received a phone call saying that she was going to arrive, and to treat her well. But the police knew that a crime has been committed, and they do have to follow the rules. It takes another day for things to change. On the next day, the attitude of the police towards Barbu and Cornelia changed completely. Ten years ago the police would have changed their attitude immediately, on the same day. As soon as they got a call from the guy in charge they would have totally been on Cornelia’s side. So it is a work in progress.

As I show in the film, there is still corruption in society, and it’s going to take a very long time for it to go away. But we are heading in the right direction. Ten years ago it would have been much worse.

How did you meet your co-scriptwriter, Razvan Radulescu?

We met and became friends and decided to work together. The two of us were developing a project about a British family living in Spain who had a son, or maybe a daughter. This was our first idea. Then we thought, oh, we don’t know British mentality very well, maybe we should set it in our Romanian society and that way we can talk about our own experiences with our mothers.

Perhaps Romanian mothers are a bit more like Italian mothers…

How did the birthday scene fit into the film? How did you get Luminiţa Gheorghiu to dance like that?

(Laughs) She dances like that, that is her real way of dancing! In the beginning she is dancing with her husband, and then she is dancing by herself. She is thinking about Barbu, her son, who didn’t come to see her. He didn’t show up and he was the only one she really wanted there.

To what extent does this mother help him?

How did you cast the two main characters?

I met Bogdan and he didn’t even have an audition for the film. As for the mother, when I was writing the script, we thought of Luminiţa Gheorghiu, we really wanted her to be the mother in our movie. She’s a very famous actress in Romania so we weren’t sure if she would accept, we thought she might be involved with something else. So we did a casting, trying to find another actress. But we decided: it must be her, it won’t work with anyone else! And luckily she accepted the role.