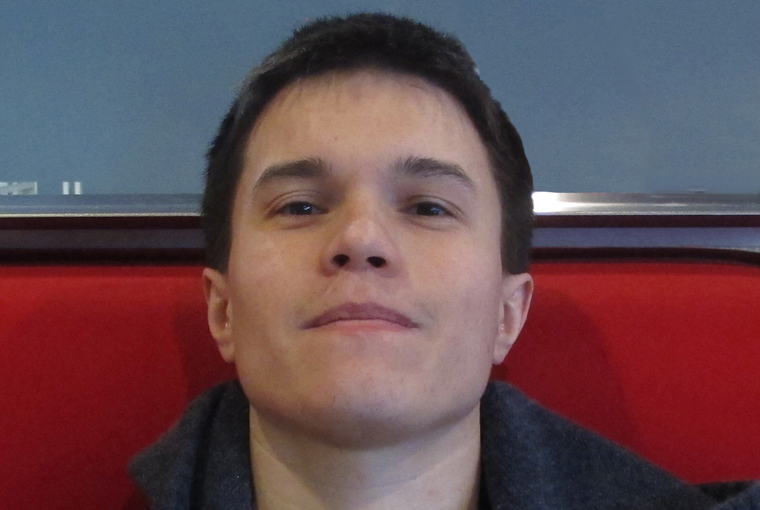 We met Denis Klebleev during the Cinéma du Réel where his film “31st Haul” was screened.

During the screening of your movie, the audience laughed. Did you intend your movie to be funny or is it just the reality the film shows that is funny?

Yes the comic aspects are part of reality. In one scene I could not stop myself from laughing while holding the camera, and sometimes the camera is shaking because I was laughing so much. But I also played with editing, to enhance effects of humor.

Were the people you filmed comfortable with being filmed?

Sometimes, they would act differently, for example they would look at the camera. But after a few hours they would completely forget about me. Actually it was my first experience to stay two weeks with my characters day after day. Being invisible was a mystical experience for me. You should be invisible in these kind of documentaries when you’re shooting, to let the people you’re filming feel free. My camera was small, and I already had some experience being invisible through street photography.

Were they acting differently when the camera was there?

Do you remember the last scene of the movie, where one of the two drivers kisses his wife and child at night? This was my last minute with my character. After two weeks of being together, I was thinking, “please don’t look at the camera” and “please don’t say ‘Bye Denis’.” It was like that you know, he just kissed his wife and didn’t say ‘Good Bye’ to me. When he left I touched myself to see if I’m really invisible. You know it’s funny when you spend two weeks with a guy and he doesn’t even say ‘Good Bye’ or look at you.

Were you inspired by Cinéma Vérité?

Yes, I know this kind of documentary filmmaking from film school. Our professor, Marina Razbezhkina, set some rules. No interviews, no talking heads. If you want to get something out of a character you shouldn’t do that by letting him talk to the camera. But I’ve not seen a lot of Cinéma Vérité, so I can’t say that I’ve taken something from a particular movie or director, and it doesn’t mean that I’m against other kinds of filmmaking. However, when you make interviews you automatically turn into a character yourself. For example, in Herzog’s films, there’s always a main character, but when he interviews his characters he becomes one himself. But Herzog is an interesting character. When the director is a very boring person, then the film will be boring. Making interviews is an art, it has to be studied.

By the way, it’s very difficult to shoot while making interviews. In my first short film, I went to a place whith Russian Ufologists – people that are crazy about UFOs – to try to make some interviews for a documentary-comedy, but, you know, when you make interviews you have to be in deep connection with your characters, all the while not forgetting about sound-level, camera position, and so on.

Actually, I’ve seen some of the modern cinema, and it’s not like that. It’s always about filming reality. In the 1990s it was different perhaps. But the filmmakers I know are different. Now, that I think about it though, there are some filmmakers that are very nostalgic about the past.

In what way, if at all, does your film speak about the violence that is happening in Russia’s countryside? Although you don’t show any violence, is it implied?

For me violence is not only part of the countryside. It exists everywhere and especially in Moscow. A couple of months ago there was a notorious story where a rich man killed a journalist, and cut her into pieces. People were shocked, because they believe that this sort of violence belongs to the uneducated, lower classes.

Have your characters in Kamchatka seen your film?

No they haven’t. I didn’t want them to see the film without me. I would like to show it to them myself. But it’s a very long and expensive trip, so I need to find the time to go there. But you know, real characters watching themselves is always a difficult thing to manage. So Marina, my teacher, says that if your characters like your film, then it’s a bad film.