Xandra Popescu and Stefan Constantinescu on their Work 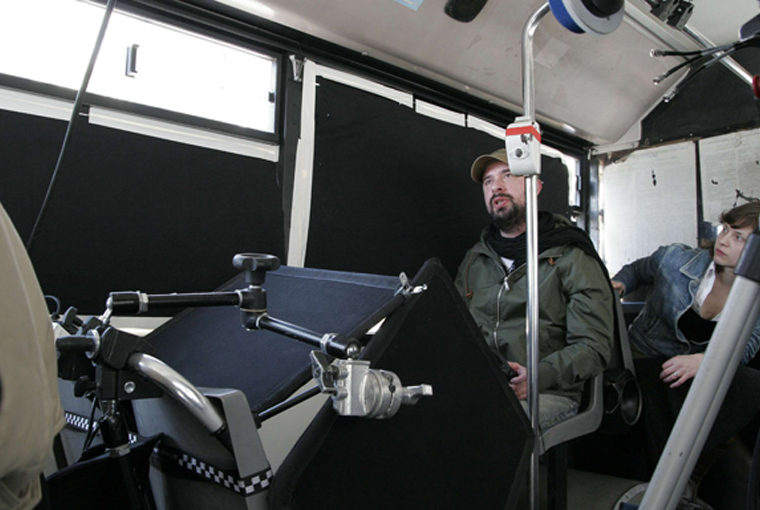 Could you tell us something about your work? It seems like you are currently shooting a film in Sweden…

Xandra: We are currently shooting Family Dinner, a slice-of-life story about a woman who seems to have it all. The short film follows her as she gets home, and as she takes a shower while her husband and daughter prepare dinner. While taking a shower, she exchanges a series of increasing personal text messages with a stranger, and during this exchange, her daughter enters the bathroom by accident. The film should last 15 minutes and it will be ready in 6 weeks.

We just re-shot a few days of this film this week in Sweden.

What was your inspiration for this film?

This film basically connects stories that Stefan and I have heard, and explores how people are in their private space. In this film, you realize that there are two different characters existing in the same person. These are stories we hear from people everywhere, whether they are from Romania, Sweden, or somewhere else. Family Dinner is not one person’s story, but a combination of these stories, bits and pieces of these stories we hear from everywhere.

Do these themes appear in other works you or Stefan have done?

This film is part of a series of stories about couples in distress. This includes Stefan’s Troleibuzul 92, which was also about private life flooding the public space of the bus, and how the passengers on the bus are an forced to listen. Here, in Troleibuzul 92 and in our collaborative film, Family Dinner, we see how place modifies behavior.

When you say “place modifies behavior”, what scale of space are you speaking about?

Whether it’s public space or private space – and there are a lot of shades between public and private. In front of your house is public, but not as public as the internet or the telephone.

What role does technology play?

I think that technology is a catalyst for behavior. It doesn’t necessarily change behavior, but it enables and enhances certain behaviors we are already predisposed to. For instance: in the past, cheating required going to a hotel, whereas now it can be done “from the privacy of your own home.” While Stefan and I were filming we found a website in Sweden that encourages women to cheat with this slogan: “cheat : it will improve your life”. We only heard about it after starting our film Family Dinner on similar themes, but this site gave us a lot of food for thought. Cheating is now almost a prerequisite for being a successful person. People are searching for recognition of their qualities.

This is not a moralizing film about a woman who does that. I think people will find the character endearing, people will recognize themselves in the character. It’s not a critique of infidelity – we don’t even think the woman in the film is unloyal, because she takes good care of her daughter and husband and she is very fond of her family.

Does the character consider her text messages as infidelity?

The character does consider she’s cheating, because she’s pissed off, and surprised when her daughter enters the bathroom. She considers herself guilty and is, of course, above all very embarrassed to be in this situation.

Can you tell me a little about the “Memory Box” project that you and Stefan presented at the Venice Biennale?

Actually, the project is still being shown at the New Gallery of Romanian Culture Institute. There’s a significant difference, however, between our goals for the project and the results after negotiating financing: basically, we didn’t get the financing we expected, so the project wasn’t possible in it’s original form.

We wanted to produce an object that would be accessible, purchasable, by the public – in the vein of the democratisation of art. It meant to reject a lot of prejudices we have about an art object – that it is intangible, that it’s single-authored, that it’s unique, and that it only exists in a museum or gallery. By making an object with many examples and many authors, one that is concrete, that you can take home, these ideas would have been challenged, and many people could have had an art object in their homes.

This object would have been like Golden Age for Children [an illustrated auto-biographical children’s book recounting the S. Constantinescu’s experience of communism in Romania]: a piece of art with numerous units. Even my parents own the Golden Age for Children, and people who aren’t necessarily art connoisseurs own this book too, it’s a very symbolic object in people’s houses.

How does your shared national heritage affect your artistic collaboration?

The fact that you’re from the same country gives potential for dialogue. For someone who doesn’t live there anymore, like Stefan, there’s an interest: he works with other people in Romania, and he has an interest to stay connected, especially with younger people who are there right now. It’s a way to stay in touch with your roots, a way to not be disconnected with a place you draw your inspiration from. It is a great inspiration.

How would you characterize Romanian video art, and where do you see work like yours and Stefan’s placed in relation to it?

Artists tend towards Realism in Romanian film art, and there are not a lot of cuts. There is plenty of invisible montage, and a certain austerity.

However, results of our collaboration will be different from most Romanian films. Of course, the influence is there. It would be insane to say it is not there. For example, Stefan has been friends with Cristi Puiu for a long time, and his films obviously influences him.

What are your projects for the near future?

Family Dinner is part of a series of shorts. We’re also writing a feature together, but I don’t think it’s on the same topic. Although I can’t say much at the moment about this feature-length project, I can say that the action takes place in Sweden, and that it will be released in about a year. As for the series of shorts, we’re still looking for funding. One idea for a short in the series is a film that deals with people who have long-distance relationships over the web. It could be shot in Sweden, but not necessarily. There are a lot of ideas, but it’s not settled yet!

Can you tell us something about “Troleibuzul 92,” Stefan?

Stefan: It is clearly about the forced public, the other people on the bus. The older woman who is next to the main character is in distress about what is going on. Although the man is being very aggressive, he is also influenced by the fact that he was in a bus.

This film was shot in Romania – how do you think the setting affects or influences the film?

Stefan: This was a Romanian story in the sense that people wouldn’t intervene. That story was true to a Romanian bus. It would be less likely to occur in Sweden. I don’t know why, but I think so. There is a greater seperation between what is public, and what is private.

Xandra: People seem to be less aware of public space in Romania, which has positive aspects, too. People are more interactive, perhaps you’re more likely to meet people. When it’s good it’s good, when it’s bad, it’s bad. It is disturbing when someone makes a scene in front of everybody. Stefan has witnessed a situation similar to that: he saw a man shouting at his girlfriend or wife on the phone when he was on a bus.

What is your greatest fear as video artists?

Stefan: Working with analogue film is my greatest fear, because there’s a limited amount of film stock for the project. You can’t have all the takes that you would have when shooting digitally.

Xandra: For me it is the time that it takes to get a project out. You write it, you send it to a producer, it’s sent to the national cinema center : with all that, it can even take 3 years to get a project out. I think for both Stefan and I, as well as many other artists, this is a problem because it takes so long. The project really has to be one you’re very preoccupied with, because otherwise by the time it’s produced you’ve lost the desire. Also, we don’t like to ask permission from the system to express what we want to express. Asking for permission can be scary.

If you can send one message to the viewers of your films, what would it be? 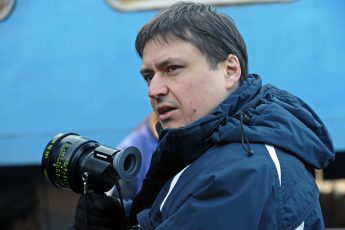