The Intimacy of Strangers 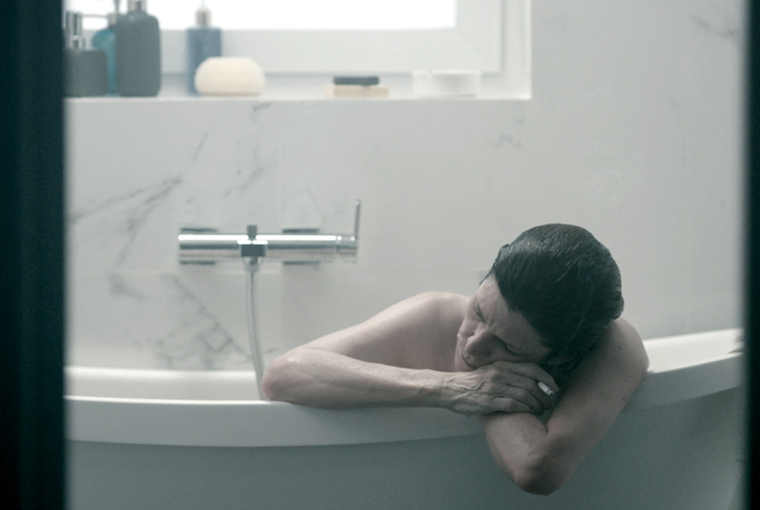 Touch Me Not lays out something of a cinematic manifesto in its first two shots: an extreme close up of a penis and a camera being assembled, respectively. This is a film that reframes our image of and relationship to the human body, while at the same time using the medium of filmmaking as a process for challenging the taboos surrounding intimacy and sexuality.

In a series of non-descript pristine white locations, in an unspecified (but presumably European) city, a group of strangers embark on parallel journeys of self-discovery. The central character, in so far as there is one, is Laura, a terse, tough woman in her 50s (in reality, English/French actress Laura Benson). The issues Laura is trying to resolve are never elucidated in explicit detail, but we see her engage with a variety of different sex workers who offer their own perspective on how she might reconcile herself with her body. These interactions fall under the observational, documentary portion of the film, whereas Laura is also shown in a variety of staged vignettes outside the confines of her fake apartment. As the film progresses, we see her watching over the others as an impassive observer, as well as visiting an old man in hospital, presumably her father, who inspires rage in her in keeping with Freudian conventions.

The character most likely to be remembered by audiences is Christian. Christian is severely disabled, and is partnered with the striking Tomas, also an actor and probably best known from the film Nói albinói. The two of them engage in a particular form of therapy that requires them to speak frankly about each other’s physicality and ability to relate. It quickly emerges that Christian is especially eloquent and blunt when discussing his own sexuality, which he considers an intrinsic part of his being. He is the one with the most clear-cut agenda, namely to address preconceptions about disabled people’s ability to be sensual and indeed their roundedness as human beings. His girlfriend Grit is also present throughout, offering a glimpse into the functioning of their relationship.

Watching over them is Adina Pintilie, the film’s director, who looks on sternly in the form of a floating head on a monitor. Although at first it would be fair to assume that the distance created by the screen reflects actual geographical distance, it gradually becomes apparent that she is in fact in the same physical space, involved in but separated from the activities taking place. The characters address her with their reactions and concerns, and she responds. Over time, the boundary constructed between them by means of the camera is breached, with the subject and object venturing outside of their conventional confines and ultimately even switching roles. The personal involvement of Pintilie herself is a large part of both the structural and conceptual composition of the film, as it crucially shifts the perspective of the film from third person to first person, transforming potential othering and ostracism into empathy and complicity.

Indeed, for the premise of the film to succeed, it is essential that the audience identifies with the protagonists in some way and stays open-minded, much like the protagonists themselves. This will, inevitably, always be dependent to a certain extent on the viewers’ individual dispositions and willingness to engage. In this regard, there are certain aspects of Touch Me Not that could conceivably work against it. A prime example is that of the sets. On the one hand, the use of anonymous, immaculate locations represents an entirely coherent choice in terms of establishing a non-space that allows for a sense of universalism and reflects the overall atmosphere of the uncanny and the emphasis on the constructed nature of the film. On the other hand, this same bleached white immaculacy, combined with the meticulous framing, can become grating and therefore disaffecting. Likewise, the emphasis on the cinematic apparatus and constant breaking of the fourth wall is also slightly heavy handed and simplistic in places, and the use of repetition, such as the looping music samples, also arguably inspires more irritation than meaning.

Overall, however, Touch Me Not compensates for its shortcomings through its frank, if slightly (and appropriately) uncomfortable, sincerity. The formal distractions introduced by the docu-fiction format are counteracted by the vulnerability and earnestness of the cast. The film stands out for its boldness, not only in terms of its attempt to broach such a massive, impalpable and ultimately subjective topic as intimacy, but also the willingness to experiment with new approaches that draw on a variety of different disciplines and influences. This alone makes it something of a welcome breath of fresh air and worthy of recognition. Moreover, the film is dense enough with enough strands that it is hard to imagine a viewer who is unable to relate or at least engage with one aspect of it. 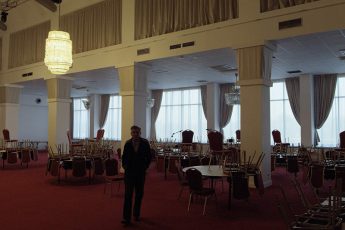