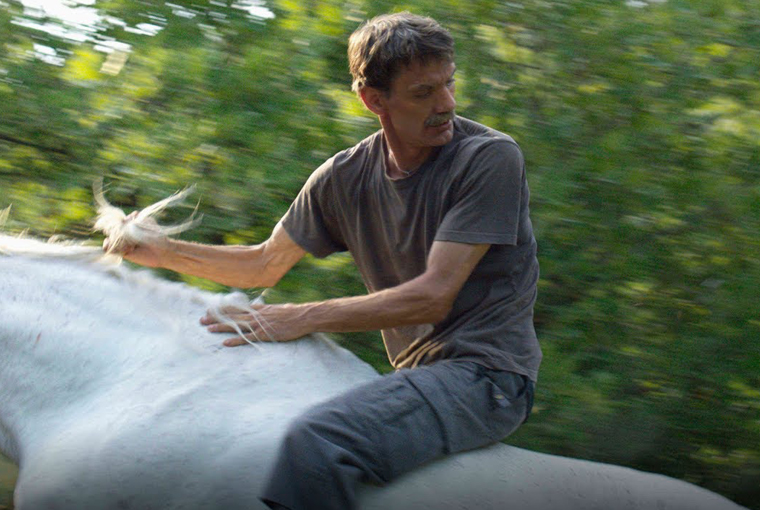 The first important thing to know about Valeska Grisebach’s Western is that the title is a very redundant and shallow over simplification of what is actually a nuanced, delicately constructed film. Of course, there are certainly generic elements to be found, such as hostile landscapes, hyper-aggressive masculinity and horses. Its shooting style is very naturalistic, the most epic aspect of the film being its length. Moreover, the solitary main protagonist Meinhard (magnificently cast non-professional actor Meinhard Neumann) is even something of an archetypal hero of the plains, with his terse, calmly authoritative manner and the craggy face of a Teutonic Lee Marvin, but, again, this description only scratches the surface of his character. In terms of the format and narrative development, however, it is far less conventionally a Western than, say, Bogdan Mirica’s Dogs (Câini, 2016), and to consider this film exclusively through the lens of a genre subversion is to miss out on a lot of its depth.

Western shifts tone constantly throughout its duration, but manages to do so in a subtle enough way that doesn’t become too distracting or irritating. Reversing the expected flows of economic migration, a group of German construction workers are sent to Bulgaria on a job. Ignorant of the local language and culture, they generally stay within their allotted work camp, sticking together as a group. Whenever they do venture out, however, they not only commit faux pas, trespassing and harassing women, they react defensively, as if they were under attack instead of the aggressors. As such, the story initially appears to be going in the direction of Deliverance (John Boorman, 1972), with the incoming Germans ignorantly provoking the locals, with their total lack of communication threatening to break into violence at any minute. However, while this tension persists through numerous set pieces, the film always steers away from becoming a full-blown thriller.

Various problems plague the worksite, halting any progress. Eventually, Meinhard, the newest and least integrated member of the crew, decides to venture into the nearby village, gradually getting to know its inhabitants and their way of life. This in turn causes outrage among the Germans and brings the two worlds into dangerous conflict with one another. The incomers persist in their refusal to assimilate and resent their prolonged stay, causing the foreman Vincent (Reinhardt Wetrek) to take inappropriate measures to speed up the construction.

Essentially, what Western actually reveals itself to be is an exploration of cultural integration first and violent masculinity second. Playing on the inversion of the classic East-West cultural imperialist hierarchy, it equally upsets the assumed superiority of the hegemons, with the Germans coming off as much more boorish than the Bulgarians. While Meinhard is faced with some hostility during his initial forays into the community, these are largely attributable to the loutish behaviour of his workmates and it doesn’t take long before he is welcomed as a guest, despite the vast linguistic barrier. When he inadvertently steals a horse from local patriarch Adrian (Syuleyman Alilov Letifov), not only are his actions not taken as an offense, he is eventually given the horse and taught how to ride it. Meinhard and Adrian form a close knit friendship, forming the basis of his initiation into the local way of living. This is not to say that the portrait of Bulgarian society is shown entirely through rose-tinted glasses, however. In addition to the complex power politics between numerous shady dealers, tempers are quick to flare and infrastructure is sorely lacking, although these qualities are nevertheless balanced out by generous hospitality and a deep rooted love of family.

The Germans, by contrast, are suspicious and closed, and either resentful or unaware of their status as “Gastarbeiters”. They mistrust Meinhard’s fraternization in the village, claiming that he can be either with them or against them, and as the situation escalates so too does the physical expression of this rejection from the group. The imposing but cool-headed and warm-hearted Adrian finds his counterpart in chauvinistic, immature Vincent. While the former deals with problems directly and rationally, the latter acts impulsively, selfishly and spitefully. When Vincent discovers that the reason for the shortage of water holding up the concreting process is that the limited resources are shared between three different villages, he doesn’t hesitate to put the needs of his construction site first, and refuses to take responsibility for this and other despicable actions.

The most poignant thread running throughout all of this is Meinhard’s burgeoning love for what is supposed to be his temporary home. Having ingratiated himself among the Bulgarians by claiming to have formerly served as a legionnaire in Afghanistan (a claim that is never proven either way, but seems to have a ring of truth on the basis of his physical prowess), his surliness is revealed to be a defense mechanism. While very little of his back story is explicitly laid out, it is clear that he is rootless and alone, hence why the close knit, warm community in the village holds such appeal for him. Just as he seems on the cusp of deciding to stay, however, the locals make it clear that choosing to integrate does not mean he will automatically be accepted, no matter how honorable his intentions. Again, this makes an interesting comment on the experiences faced by Eastern Europeans in the West, and the relationship between host community and iterant individual.

Unlike a classical Hollywood Western, there is no final shootout and no definitive subjugation of the Other. In fact, the film offers very little in the way of conclusions, but leaves a lasting impression and plenty of excellent scenes and moments to mull over. 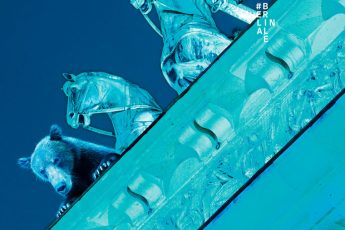