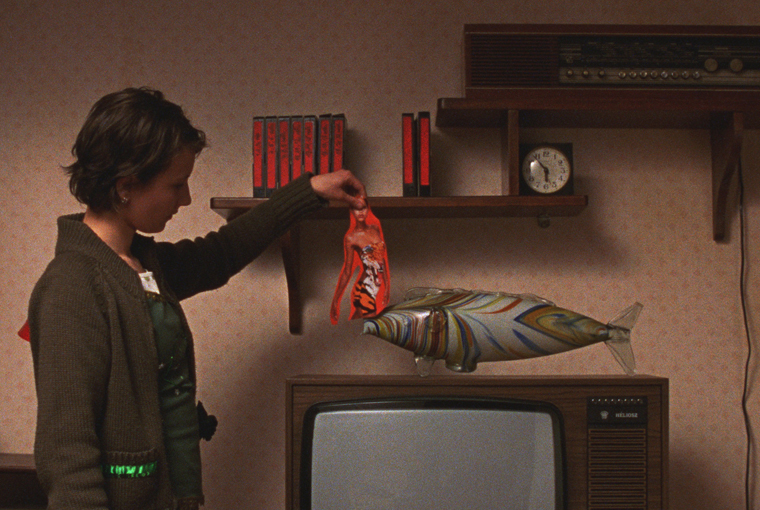 This 1h48-long dramatic comedy is about a mother-and-daughter relationship. It could at once be described as a “slice of life”, and almost, though not quite, as a “coming of age” film. Such phrases should usually be avoided in film reviews, because they describe a kind of black hole into which many a film can quickly be sucked into. Let’s consider some principal scenes of the film and see in what sense that might have happened.

Slice of life films can be rather predictable, which is not necessarily a bad thing. Here we deal with young girls, but any character constellation is possible. Young girls sitting around at bus stops. Young girls grocery-shopping in a supermarket. Students coming out of their class room where a boy is boy holding a flower. An (almost) kissing scene on a couch with two awkward teenagers. A mother returning home angrily. Mother and daughter watching TV in silence. It’s all there.

Using cliches however, is no crime, and this parody may be unduly harsh for a debut feature film, especially considering that all these scenes are executed with clever cinematography, stripped-back dialogue, and clever acting. There is also one distinguishing point which makes this film stand out. The director uses different colors to represent mother and daughter. Red for Viola the mother, for enduring passion and roses; and green for Angela the daughter, for innocence, naivety and winds of change.

Soon into the film we begin to notice that everything involving Viola is red: her extravagant clothes, her hair, her cleaning equipment, her jewelery, make-up and shoes. She is a toilet cleaner, the stall from which she works is red-wallpapered and filled with red objects. Places shared by both mother and daughter are colored complementarilyy: green cacti in red pots furnish the living room, under a green picture in a red frame.

The first scenes of the film are deceptively promising. Here we are introduced to Viola (Nyakó Júlia), an auburn-haired beauty who could perhaps be in her mid-forties. She is at a ballroom dance, in a “Lonely Hearts Club”. She shrugs off her coat, steps into line, and dances off with a gentleman, in a dance scene that is suddenly strongly reminiscent of a similar one in Ettore Scola’s brilliant The Ball. An old-fashioned ballroom with mirrors and a Dancing master carefully surveying the crowd like a proud mother-hen watching her nest. Viola’s eyes are cast modestly downward the whole time she dances. The way the dancers hold themselves to upbeat music seems like the perfect outset for a surreal comedy.

Viola is a dark horse, and indeed almost the polar opposite of her daughter. In one scene, the daughter tails her mother at night, dogging her footsteps among tall concrete buildings, only to observe her mother walking straight past the man she was clearly intending to meet after she sees his figure standing in the dark, a white rose poised in between his thumb and finger. The mystery is partly elucidated one afternoon when Angela and her boyfriend accidentally knock a large box off the coffee table. Scrabbling around to retrieve its contents, they find love letters from numerous men, revealing the edge of her mother’s neurotic but fascinating personality. Unhappily, aside from this tantalizing morsel, we get no further insight into Viola’s side of the story, which soon veers off to concentrate on that of the daughter.

Angela (Hegyi Izabella) is studying fashion design at a small university. She is working to enter a European design competition as the only representative from her school. Her color is green, and of course we find that she is wearing green clothes, that her drawings are in a large green folder, and that her room is very green, as well as all her other accoutrements. Her best friend’s color is pink – but I’ll spare you the details. Red and green are also echoed in the lighting: in parts featuring Viola the lighting is dulled and sombre. But Angela is always searching for more light, and many of her scenes are shot outdoors during the day, or in places with many windows – in a recurring trope, Angela prances around the house opening the windows wide as soon as she gets home from college (despite the winter chill). Compared to Viola, Angela is literally ‘green’, but this is what allows her to break away from her mother and her dull life.

Both mother and daughter long for fresh air. Viola, cleaning toilets in a local subway station, is obsessed by air-freshening sprays – near the end of the film her daughter finds a cupboard full of them. Here, fresh air is an euphemism for the temporary fresh air in a WC. For Angela, who decides at one point that she wants to go to Rome but who ends up on a hitchhiking trip, it is the fresh air of change.

There is something grating about the use of two major vivid colors. In the mise en scène of opera or theatre we can appreciate this kind of touch; here, colors can represent ideas or people. But that doesn’t mean it works on screen, especially within this genre of film which is attempting to show an everyday reality without surreal aspects. Over-stated at times, the color-play makes a good attempt at a first feature film feel sadly contrived. 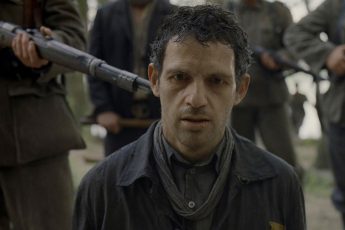