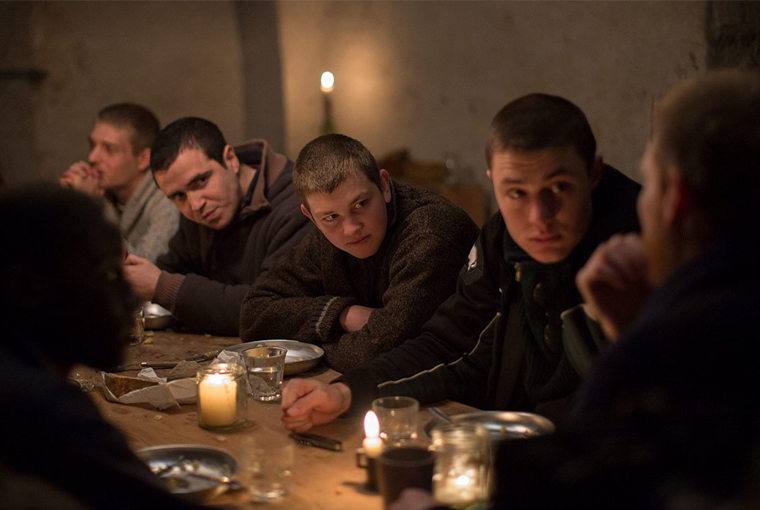 First things first, this review is hampered by the failings of two individuals. The first in the catalogue of shame is whoever was responsible (and, dear reader, I most certainly do not want to name names) for the subtitling. There is a certain je ne sais quoi in its delivery, a sideways affect that makes the true meaning somehow elusive. One suspects, at times, that a certain mister Google was responsible for this particular job. Whatever the case, it is hard to understand the beauty or otherwise of spoken language with its functionality sadly hampered.

The second guilty party, of course, is this correspondent, who neglected to learn Ukrainian (or indeed any other language) as part of his university course which almost exclusively focused on the post-Soviet cultural landscape.

I will allow the reader to decide where the guilty lies in case of any misunderstanding or misdemeanor. Where I have conveyed quotes, I have slightly edited them where grammar or syntax would otherwise be nonsensical. Judge me for this all you will.

Gogol Doc blesses the audience with a fly-on-the-wall view into the genesis of the 2016 occurrence of Ukrainian avant-garde festival Gogolfest, founded by one Vladimir Troitskyi. The blurb to the film informs us that Gogolfest is unlike any other festival of the performing arts in the world, a unique expression of the new somewhere in the industrial wastes around central Kiev.

Troitskyi is the film’s main subject. We see him micromanaging each aspect of Gogol Fest as a whole, exhorting a contemporary dance troop to loosen their form and allow themselves to enter into the wide space that creativity affords them. Members of the production task run to him for his blessing for this or that. In true Ukrainian tradition he is more Makhno than Tsar, presiding over an anarchic collective that has come together to explore contemporary artistic performance.

One school of directing is autocratic, and implies a total consideration beforehand, but another exists also. I belong to this other. I begin a project by forcing people to travel freely.

The rehearsals are juxtaposed with the process of putting the thing together, little artists’ quibbles with this or that. None of which, unfortunately, is particularly interesting. To give the director their due, there is little artificial drama inserted into the film. We are not convinced of some tawdry ‘will it be cancelled?’ drama that is so often injected into documentaries regarding the movements of the art world. We simply witness the artist as human, bickering and stressing out in the lead-up to an event.

Part of me wonders if, in the spirit of the festival, the film could not have leaned further towards the avant, following the directorial spirit of the great Vertov, a cinematographic focus on the mechanisms of creation rather than the humdrum of the every-day. Without artificial drama or daring camera-work we are left hungry for the event itself, which takes up a short quarter of the film’s running time. Most of the scenes here are on the main stage, and we are left wondering what else of the festival is there to be explored. What we see is indeed daring, strange rock shows and nu-opera. Something of the Constructivist spirit is in these performances, one act playing with the Gopnik aesthetic while delivering blistering art-rock. As an advertisement for the aesthetic experience of Gogolfest, the film is most certainly a success. The viewer, however, is left wondering if this will not be the last flowering of the festival.

It’s all about to end. I feel a sense of fatigue and there is a problem with money. Not the main point. This story is over. I am not being sorry making this long story for ten years. Some quantity of people needs it. But they are not enough. I understand I have no right to rule with huge projects, to wage war. It’s not fair to those people who make it. Entering to an extreme tested area I see people who are on physical and mental edge. The territory looks romantic, but the price is too high. I’m sick of flirting with officials and politicians. I have no more strength for this. – Vladimir Troitskyi, 2016 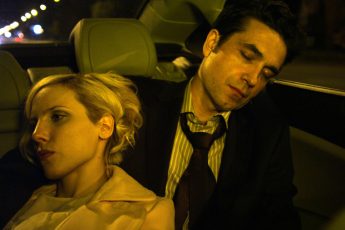