Checking In and Out of Political Correctness 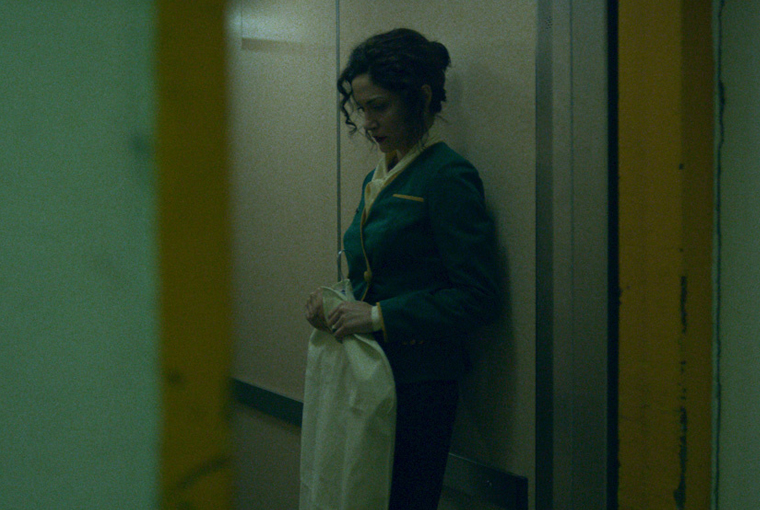 Tanović’s Death in Sarajevo is an allegorical film about contemporary Europe and Serbia’s role in it. Loosely inspired by certified French intellectual Bernard Henri Levi’s play Hotel Europa, the film crams European society into the rooms of a rundown luxury hotel in Sarajevo. Add some allusions to Serbia’s painful past and diplomatic “equal blame sharing” regarding the role of Serbian responsibility in its various darker historic moments, and you get a Berlinale film à la carte: politically conscious but just a wink too chicly clever to represent the life in any polis on Europe’s periphery.

Crisis looms financially. The hotel’s owner has a gigantic debt to pay off while staff workers plan to go on a strike on the day of a VIP dinner commemorating the 100th anniversary of Franz Ferdinand’s assassination. On the roof, a charming journalist presents a show in which different guests are invited to talk about their view on Serbia’s painful and complex past. There’s also an underground mafia-style strip club and pretended normality in the lobby (pun intended?). In short: this hotel tries hard to host everything society is concerned with today. Young Lamina, the boss’s trustiest reception employee tirelessly runs up and down and left and right, guiding the viewer around the different hotel departments as if through a video-game.

Back to the French actor who is rehearsing his part for the play “Hotel Europe” that is supposed to premier that same night. For the sake of his protection from any sort of terrorist attack, the actor is watched by a security guard addicted to cocaine (in the illegal department, only refugees are missing). When the French intellectual starts citing Baudelaire in a pathetic posture, one wonders whether Tanović is just having a big laugh, including about his own intellectual sources. This self-conscious frolic may be a reason to praise the film. But other scenes are more serious: the journalist’s claim that European policies are not to blame for growing nationalism, is certainly harder to interpret as mockery. As to Serbia’s troubled past, audiences may be familiar with historians claiming that the wars that ravaged the Balkans over the last century are largely the product of Northern European powers deliberately encouraging nationalist movements to undermine Ottoman rule (cf. Mark Mazower’s Balkans: A Small History).

Could another death in Sarajevo resolve anything? A bit of “a gun and a shooting” and the film closes its curtains with much left open. Whatever the film may have had to say about the threat of an imminent repetition of history and on whether and how it could be prevented, gets lost in fanatic table talks that are as ironically naive as they are politically meaningless.