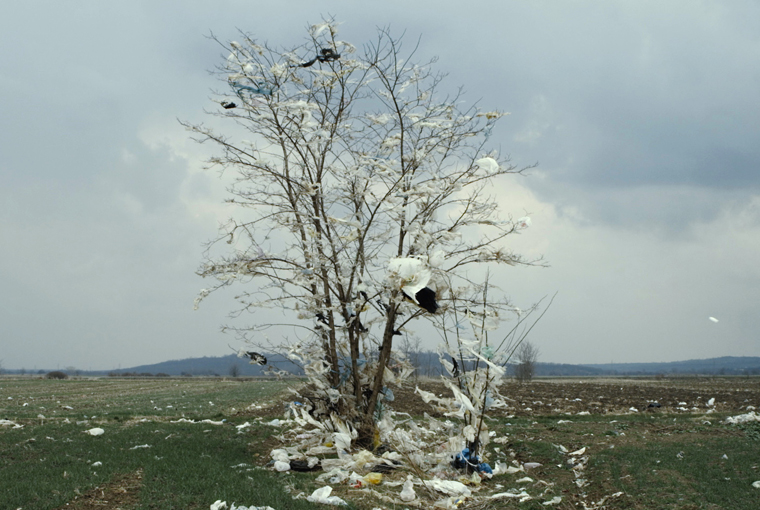 The Paris attacks on the 13th of November 2015 were followed by a flurry of media coverage on television. During 24 hours of news coverage, survivors described the horrors of having to climb over or hide under dead bodies. The distress of this constant exposure hit me again, hard and fast, when I saw Depth Two, which screened at the Berlinale last weekend. Another time, another place, another context, but in the end it wasn’t so different. The testimony given by one woman who survived by playing dead during the Suva Reka shootings brought back the same emotions in full force, leaving me reeling, as if a slowly-healing wound had been brutally cut open.

The film by young Serbian filmmaker Ognjen Glavonić screened in the Forum section of the Berlinale. Six years in the making, it deals with the mass shootings which took place in Suva Reka, Kosovo, where Serbian police herded villagers into a small pizzeria, threw in grenades, shot the survivors – women, children, men – and finally took their bodies away in trucks to be buried in mass graves near Belgrade. The events took place in 1999, during the NATO bombings of Serbia. But time has not detracted from the raw intensity of these testimonials. Indeed, the voices of both perpetrators and victims exhilarate the story. We are catapulted into the present through images of modern-day Suva Reka and of the nearby village of Tekija, charmless places with brown buildings and heavy histories.

The film doesn’t show talking heads, or giant protests in the streets, or crowds of journalists. The director claims he wanted to construct the film like a thriller, although to some it may feel more like watching a horror film blindfolded. Not that the screen is black, but that the images are all taken from documentary footage filmed after the events. Sometimes the images match the testimonials in unexpected ways. When hearing about government plans to get rid of the bodies, we see rubbish dumps. Human bodies unwittingly destined for annihilation are thus juxtaposed with rubbish waiting to be destroyed and hidden far away.

Glavonić listened to more than 400 hours of testimonials about the events to construct the soundtrack of his film. After the screening, he spoke of the danger of making a film for himself given that he already knows too much about the story. But even for someone unfamiliar with the Kosovo War, the story is clear. One witness account is so disturbing you might be inclined to block your ears. Like a horror film, Depth Two doesn’t show the scariest parts, but instead leaves them to our imagination.

While the film starts softly, with locals discussing how the truck with the dead bodies was found under water, it soon changes tack, taking us inside the pizzeria in Kosovo where the shooting took place. One woman calmly explains what happened, describing how she told her children to play dead, and recounting how one of her sons died in the process. The bullet-ridden walls of this place, which has been left untouched, are mute mirrors of the horror experienced there. Together with the woman’s testimony, it itself serves as a powerful historical document. The taunts of the Serbian police officers (“Ask Daddy Clinton to come and help you now”) ring out through the calm voices.

The story revolves around a truck which was found in the Danube, on the border between Serbia and Romania. Local authorities refused to pursue the case, claiming tensions were already too high with the NATO bombings. The filmmaker makes the link between the truck with the dead bodies and the shootings in Suva Reka calmly but firmly. While authorities still refuse to take responsibility for the acts, citing a number of improbable explanations, the director gives us no reason to think that they came from anywhere but the very country where they were found.

The last image is of a seed with burgeoning tendrils. The director said he’ll leave its interpretation up to the audience, and that even he isn’t sure what it means. Memory isn’t what’s created by 24-hour news channels which delete their footage a few days after it’s been shown, but rather by whether and how memories are passed on to the next generation. Glanović’s brave project is a sign that people, including the descendants of the perpetrators, are aware of and talking about what happened despite continuing denial.