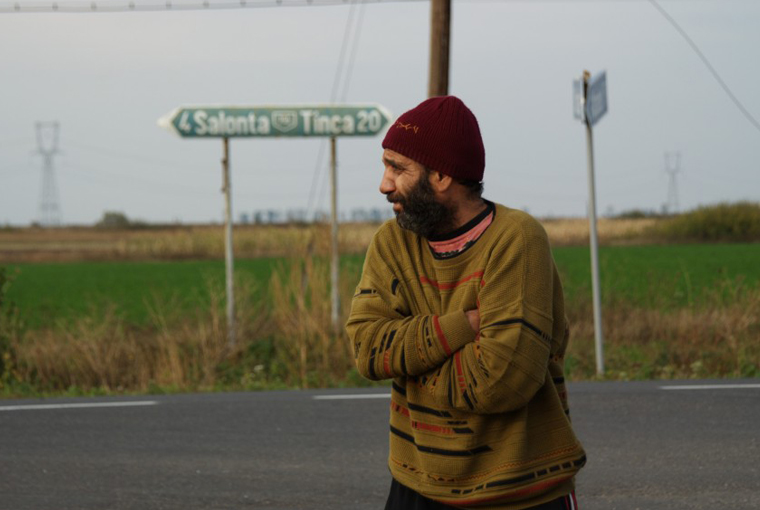 There are two ways to make a film about a political subject. One is to attempt to depict the subject as a whole; an approach that has recently become popular in Hollywood in depictions of the Iraq war and the current financial crisis. The other approach is to take a sample case directly linked to the issue and tell a story at the micro-level. This approach is efficient, as it allows the director to follow a specific character through a linear story, whereas big political thrillers like The International depend on a well-developed script, changing locations, and, all too often, the tired plot device of a “turning point” that determines the fate of all characters involved in the story. In most films of this genre, regardless of their treatment of micro or macro storylines, the conclusion is identical: there is something fundamentally wrong with the system.

In Morgen, Marian Crişan approaches the problem of illegal immigration in the European Union through a small-scale examination. The story is set in a small town in Romania near the border to Hungary. Nelu, a man in his forties, discovers an illegal immigrant while fishing and decides to humor his requests. He offers him shelter and promises to help him find a way to Germany – tomorrow – that is (thus the title, which means tomorrow in German). But although the structure of the story is simple, there is a character-driven tension in the film. Until late in the film, we are not sure whether Nelu is actually ready for the sacrifices necessary to help this stranger, or whether he is intentionally postponing his potential act of kindness. As the story advances, the immigrant becomes a tool for Nelu that allows him to respond to his oppressive wife and prove himself in his environment. Nelu has his own motives for helping out Behran, which makes the film more suspenseful than the story of an idiosyncratic friendship. In fact, the encounter between the two is hardly presented as a friendship. There is nothing that connects Nelu and Behran but correlating interests: Nelu wants to break out of his environment, Behran wants to reach Germany. In the end, Nelu does sacrifice himself for Behran. It is clear, however, that the conflict is not about resolving the problem of illegal immigration but simply that of an individual – the microcosm does not transcend to the level of challenging the issue at large. Nelu helps Behran to get to the border and the film closes with the same images that opened it; neither Nelu nor Behran get what they were reaching for.

Of course, there are multiple ways to analyze the structure of Morgen. Abstractly, this is a film about an intruder who changes the reality of another man. Politically, this is a reflection of two men’s spirits and that of our society. Morgen proves that the immigration problem of the West (and Romania, as a member of the EU) has become part of our Zeitgeist. Although the theme of the film is advertised as the immigration issues of the European Union, there isn’t much that the film tells us about immigration issues : indeed, it doesn’t need to. We have become so accustomed with illegal immigration and its conceptualization and treatment that the public has almost ceased to look for an interrogative documentary on the subject. Illegal immigration- like corruption – has become part of our everyday reality. Morgen is political, in that it challenges existing policies, but it is easy to overrate this dimension.

When it comes to the atmosphere and style of the film, the tenets of the Romanian New Wave are seldom ignored. There are gray walls, desolate relationships and long takes; the suffix of the European Union is still overshadowed by the prefix of Ceaușescu. Above all, Morgen is a film about the way people approach the problems generated by their environment. In this case, the environment and our Zeitgeist are represented by the political reality, but one should remember that it is Nelu and Behran who are the protagonists of the film, not government bodies.