On the Failure of Political Society 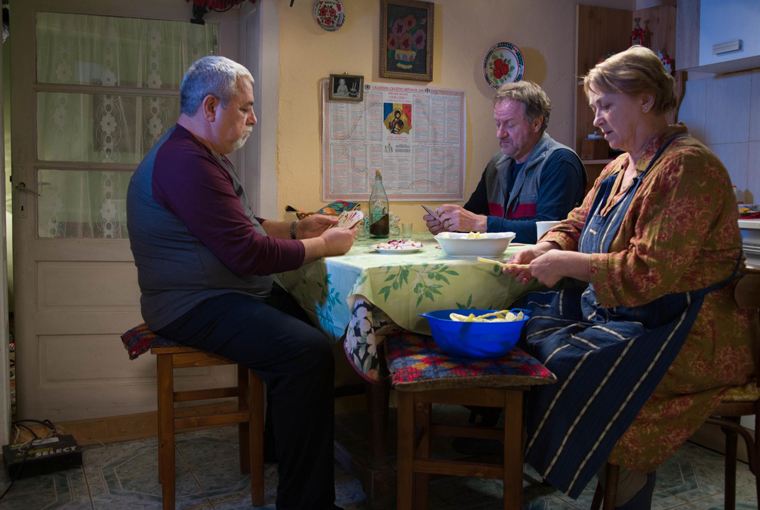 Political campaigning always had a strong element of spectacle. Elections being extremely medialized events, politicians invest heavily in their image and their performance in front of voters. The recent rise of social media and their proven influence on election results presents candidates with another medium for advertising tricks in the hope of attracting votes. Donald Trump’s often absurd performance in rallies and on social media was often described as a carefully calculated plan to increase his popularity among US voters. And the recent Capitol riots prove how successful he was in catering to many voters’ grievances.

The extent of performativity in politics is portrayed in Marian Crişan’s latest feature film set in Salonta, a small Romanian city. The Campain (Berliner) starts with a sequence on a creaky tractor. Its owner Viorel (Ovidiu Crișan) is financially struggling when he meets Mocanu (Ion Sapdaru), a minister who is being investigated for corruption. Seeing the small community as a chance to build a pro-working class image, Mocanu decides to (wrongly) present himself as an old friend of Viorel, stay in his home, and run for office as Salonta’s local representative.

If US campaigns are expensive and well-funded events, Mocanu’s campaigning feels like a shallow (and often comic) copy. His social media photographs are poorly staged, and his campaign team consists of one man with a camera who spends his time counting “likes” on social media. However, both campaigning versions are fundamentally similar in terms of their performativity. Like many politicians, Mocanu builds his profile either through emotion (e.g. by photographing himself holding kids) or by associating himself with certain groups of society (e.g. by taking photographs with workers). What conveys the air of random and impulsive moments of everyday life is in fact the result of a targeted calculation of voters’ current preferences. His performing emotions for voters’ sake can best be observed in his confrontation with a political adversary, which takes place inside a TV studio. The sequence ends with both men screaming at each other, something that would not be possible – or necessary – if cameras were not present.

High investment in communication hardly comes as a surprise to anyone familiar with politics. However, the film raises a somewhat obscure question: what happens after the performance? Interestingly, Mocanu does not seem to be that different when the public is not around. He does not take pleasure in luxurious habits; he enjoys tomatoes and local cakes as much as any local would. However, his actions are depicted as those of an emotionless, distant man. Mocanus’s complete absence of affective responses off-camera is emphasized by long periods of silence and facial apathy following each photography session. The film depicts politics as a disinterested endeavor which exploits the cynicism of “business as usual”. This is reinforced by the camerawork, which mainly consists of static and large frames, not allowing any space for identification with the main characters. The final sequence depicting the celebration of a political victory is shot in the same distant way, suggesting that even a moment of triumph is just a mechanical repetition of predetermined actions. The film’s original title “Berliner” derives from J.F. Kennedy’s famous words “Ich bin ein Berliner”, which, when reemployed by Mocanu in his main campaign address, come out as utterly empty. Political speech itself is reduced to vain imitations of rhetorical schemas of the past, which are meant to be proof of a general failure of contemporary political discourse. What remains is only a game of images and performance.

However, what is truly striking is the absence of a counter-example. One would expect at least one voice expressing doubts or presenting an argument about political integrity. In the film, no such view is offered. Corruption spreads top-down like fire and contaminates the whole community, which silently engages in a political give-and-take. In the case of Viorel, a justification for his collaboration may be found since he is promised a new tractor that would potentially give him desperately needed financial independence. But for others, the reward is purely the abstract pleasure of being on good terms with current powerholders.

This representation of political culture reflects the way that ex-Communist countries in Eastern Europe are generally perceived. The underlying assumption is that years of centralized State control have successfully silenced any local exceptions, enabling a silent collaboration of the masses and inevitably raising the question of responsibility. However, one should question if shared responsibility for corruption and the failure of local politics are truly topical at a time when globalized centers of political control are far removed from local communities. Is receiving a free tractor even comparable to a minister’s involvement in European-scale corruption? What are the criteria that would allow us to distinguish such actions? The film offers no gray areas. By showing Viorel’s apathy in the face of corruption as being equal to the minister’s, both characters and the whole community are reduced to cogs in a political machine that exceeds personal intentions. This can be dangerously rephrased in more populist terms as “we are all part of the problem”, which results in neutralizing all personal responsibility. When everyone is guilty, no one is.

The film’s strength thus also proves to be its weakness. The obsessive, repetitive circle of political performativity followed by moments of silence provokes a kind of anguish for the spectator, who feels trapped in an ever repeating story. At the same time, by never questioning its aesthetic form or ideological position, the film ends up having a closed, impenetrable structure. No inconsistency or doubt is allowed to disrupt the film’s straightforward message and raise complex questions in front of the spectator. Eventually, the film adds up to a one-dimensional commentary on the tragic failure of political society that inevitably seems narrow. 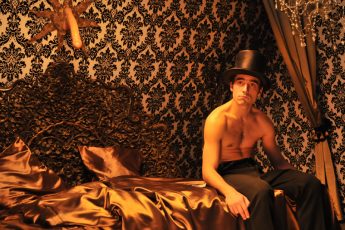 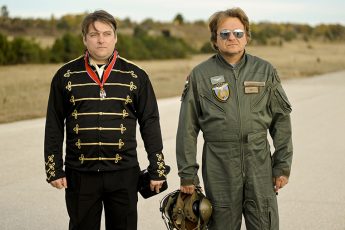