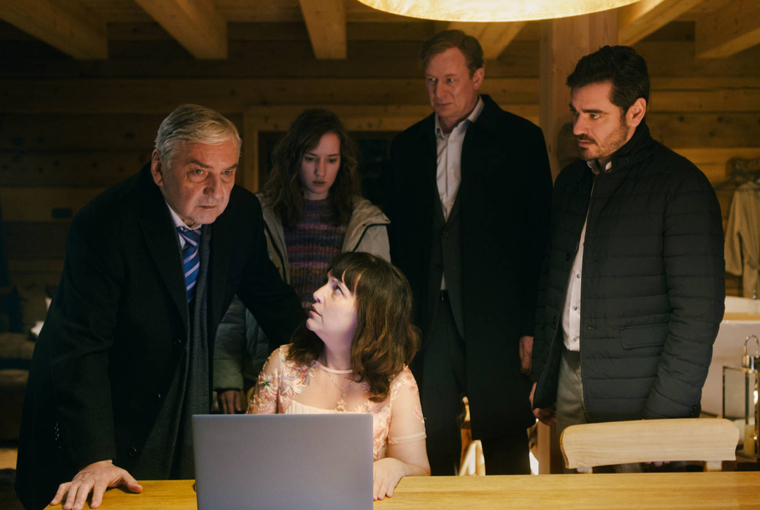 After his resounding success in Karlovy Vary 2018, where he took home the Best Director award for Winter Flies, Olmo Omerzu decided to try his luck once again in the same competition with Bird Atlas. Omerzu is a tall and slender young man, at once passionately enthusiastic and rather sure of himself. This combination of youthful optimism and steadfastness is reflected in his filmmaking, in which he tells stories from the points of view of all sorts of creatures: of the very young and the very old, of women and men, and even of birds. He gives the impression that he would be ready to give just about anything a go, and as the wonder child of the new generation of Czech filmmakers (though he’s actually from Slovenia), he is able to get away with it too.

His new film deals with three generations in one family: Ivo, a grandfather and confirmed womanizer, his three children, and the baby son of Ivo’s daughter. The family owns a large company called Rona, which imports vacuum cleaners to the Czech Republic. As Ivo (Miroslav Donutil) heads peacefully towards retirement (during which he still hopes to keep his company under his iron fist), he is suddenly confronted by unexpected calamity. Someone has been stealing money from his beloved Rona.

Slowly but steadily, the accusing eye of the camera turns towards Marie (Alena Mihulová), a widow and – as we quickly discover – one of Ivo’s many mistresses. A scorned woman, she has been able to recover from the blow of Ivo’s loss of interest by meeting her online “American boyfriend”. She claims that he takes her on extravagant trips to Italy and England. But Marie is being catfished, and we soon realize that she has, in fact, never met him. The photos that we first see of them together next to various European monuments have been photoshopped.

Local birds act as a Greek Chorus in this film. Perched on branches above the proceedings, they comment on what is happening in the world, as well as on screen, thus pulling the story away from the trials and tribulations of Rona and its employees. They comment on everything from the EU, to climate change (being birds), to war in Afghanistan. As a narrative device it’s fun and quirky, and it brings the different elements of the film together neatly. Another thing that works well is Omerzu’s portrayal of the company’s owner, Ivo. His reluctant willingness to change shines through, and he inches slowly towards a better understanding of other people.

Omerzu came across the phenomenon of catfishing in a newspaper and thought it would be an interesting idea for a film. It’s certainly a fascinating phenomenon, especially when it comes to older people who have been less exposed to the internet and therefore unaware of its dangers. But someone falling for an internet scam does not make them a total dud, and the psychological subtlety of such interactions is exactly what makes them interesting.

There is a blandness to Marie’s interactions with the catfish which doesn’t ring true. He sends her photos of white, empty rooms to which she responds with girlish enthusiasm, yet she seems unphased by drastic and sudden changes, like when he writes to her to say he isn’t coming to meet her as planned but is instead going to fight in Afghanistan the next day. When I asked Olmerzu how such a seemingly intelligent woman could fall for such a plot, he exclaimed several times, “I know it’s difficult to understand”, as if to imply that I couldn’t understand it. Perhaps, he suggested, it’s because we’re from a different generation to those people.

But in the end, the director didn’t give very much thought to my question. He preferred to talk about the male protagonist Ivo. This peremptory brushing off of a discussion of Marie’s character seemed to stem from a notion that her actions could be put down to a kind of older-female hysteria, unknowable to either men or young persons. But anyone who has studied this topic should know that catfishing affects people from every generation and gender. By portraying it as a phenomenon specific to older women who barely know how to use computers (except when they’re at work in Maire’s case), Omerzu’s film leaves the psychological underpinnings of this very real phenomenon, along with about 50% of his viewers, by the wayside. 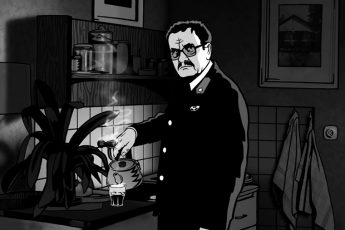