What Can Oleg Sentsov Die For? 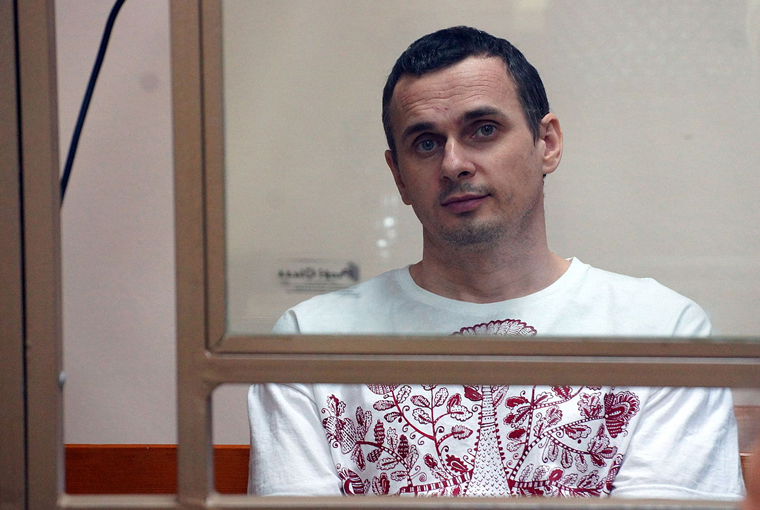 On May 14th, in a prison located above the Arctic Circle, Oleg Sentsov went on an indefinite hunger strike. He demands the release of all Ukrainian political prisoners in Russia; according to the Memorial Human Rights Centre,1 there are little above twenty.

In August 2015, Sentsov was sentenced to twenty years in prison for his involvement in plotting terrorist acts. Sentsov’s fellow defendant Alexander Koltchenko, was sentenced to ten years in prison on the same charges. Detailed transcripts of their trials are available online2 where three hundred people have gone through them in three years. It is clear from reading these transcripts that the only evidence for the existence of a terrorist organization comes from the testimonies of Alexey Chirnyi, who does not even know Sentsov personally. The official tape of Sentsov’s arrest is a piece of Russian propaganda and actually shows the arrest of Chirnyi with a backpack containing a range of explosives.

Before the arrest, Sentsov had been an ‘AutoMaidan’3 activist. In the spring of 2014, he organized peaceful demonstrations in Crimea that protested the Russian annexation of the peninsula. On March 12, Sentsov wrote on Facebook, “Yesterday the ‘terrorist’ motor race took place on the streets of Simferopol, although it was a disappointing turnout… Only eight cars, six journalists with cameras and twenty ‘activist-passengers’ made it to the gathering point. We had hoped for more but, unfortunately, the majority of the ‘couch revolutionaries’ were too afraid to go. The police also came and insistently recommended that we do not start the demonstration for the sake of our own safety. We explained that our demonstration was peaceful and that we did not intend to test regulations, and asked them to help us secure mutual peace”.4

Alexander Koltchenko, the allied co-defendant, confirmed that he had participated in the arson of what, in April 2014, was an office of the Ukrainian ‘Party of Regions’, a pro-Russia political party of Ukraine, yet, was referred to in the case materials as the premises of United Russia, the ruling party of the Russian Federation. The fire was set during the night so as to cause material damage and avoid casualties.

There have been attempts to link both Sentsov and Koltchenko to the Right Sector, which is an organization now banned in Russia.5 There is yet to be any proof of this with regard to Sentsov, and as for Koltchenko, who is well known for his left-wing anarchist views, the accusation is completely absurd. Furthermore, Gennadiy Afanasyev, whose testimony served as the basis for the accusation, claims to have testified under torture.

The show trial was intended to illustrate that nobody apart from a bunch of terrorists opposed the Crimean referendum whilst also scaring those who might want to resist. It was supposed to be an isolated attempt at fearmongering and repression. But two complications arose over time. The first is that the defendants refused to collaborate with the investigation or accept the legitimacy of the trial. The second is that ‘Automaidan’ activist Oleg Sentsov happened to be a filmmaker, a fact that provoked a wave of public outcry, from European Film Academy protests to questions like “And, so what, now filmmakers can blow up monuments?” A section of the Russian professional community responded with chilly irritation, “he is not ours, and not a huge director… a computer club owner from Simferopol”. Sentsov’s only semi-amateur film Gamer was screened in festivals in Rotterdam and Khanty-Mansiysk. His upcoming feature-film Rhinoceros has been postponed by Maidan.

The Ukrainian intelligentsia has compared Sentsov with other political prisoners of the empire such as the poet Vasyl Stus who spent most of his life in Soviet prisons and died in the labor camp “Perm-36” a week after he began a hunger strike.6 For Ukraine’s political class, Sentsov, a Crimean who has had Russian civility permanently forced upon him, is troublesome because he breaks the stereotype of the Crimean traitor. For Russia, if Sentsov were to die on the eve of the FIFA World Cup, it could prove to be a very inconvenient occurrence.

Sentsov is problematic for almost everyone, but most of all for those who openly support being part of the Russian system – even if they try very hard to ignore him. Sentsov was not a terrorist at the time of his arrest, but four years after the annexation of Crimea he is becoming somewhat of a delayed-action bomb due to the attention he has attracted. When one person triumphs, another ‘drives a pile’, and for yet others mum’s the word, but all of them report the success of their new projects on Facebook, ignoring the war abroad and the torture at home. Sentsov’s rebellion is a rebellion against the hybrid reality of total compromise, where even Google Maps switches between Russian and Ukranian Crimea, depending on what you want to see. Where does the true identity of Crimea lie when even four years after its ‘bloodless’ annexation, there is a man ready to die in protest of the Russian takeover?

The festival tour of Sentsov’s Gamer has put him on the cinematographic map and his current retention in a prison beyond the Arctic Circle brings up yet another question: what is culture, where and by whom is it produced? There are several possible answers. Culture can be an instrument of reflection, a means of self-comprehension and self-definition for individuals as well as society; it is not necessarily a question of ‘great art’, it could be pop-music, fashion, rap (see the recent movie Fonko that shows how music in post-colonial Africa gradually turns into political will). Or perhaps it is just a way of passing the time for people of a certain income, minimal working hours and long weekends.

In any case, culture produced under the patronage of Medinsky’s Ministry in today’s Russia does not adhere to culture as reflection. Documentary theater and film are generally the exception, yet, both creators of ‘Teatr.doc’ died recently, and ‘Artdocfest’ is definitely being squeezed out of the country. Compromised, censured ‘art’ produced by all kinds of communities cannot permit itself to reflect upon any of the questions that the country and the world are facing presently, from the shift in the concept of family and gender (see the administrative article for “homosexual propaganda”) to connections between capitals and regional areas (see criminal article for “appeals for separatism”). Crimea is a page that has been wiped clean. The same goes for the Ukraine, which only five years ago had a ramified web of connections with Russia. But we have to continue ‘working’, do we not? In any case, it is easier to dismiss sensitive subjects by claiming that “it doesn’t interest anyone” and instead make a movie about the difficulties of family life for a doctor who drinks and a nurse who does not.7

Going back to the second idea of culture as leisure, Moscow is the hub of premieres, conferences and expositions, whereas other big Russian cities are not so lucky. In rural areas, a Moscow-level of culture is only possible in the event of independent organization. Thus, in a country of 150-million people there is only one international film festival that exists, ‘Pacific Meridian’, which is organized by the locals of Vladivostok. Outside of this, there is only really the travelling Moscow circus that is based on the paternalist idea of entertaining local governors. What does it matter if one of them has paid for the assassination of a journalist,8 or that another is related to companies providing security at Sayano-Shushenskaya dam, where 75 people died9? The festival movement must go on. Local cultural development is not encouraged by such a model. A free debate on art is impossible in a situation of total self-censorship.

Yet, there are still other ways of defining ‘culture’ in Russia: sheer propaganda or a means of money laundering. With little choice, consumers of Russian culture automatically find themselves outside of its scope of meaning – whether it is about accepting propaganda; laundering money; contributing to status; belonging to a professional community; or providing voluntary leisure, censored art and inner colonization for money. It is naïve to think that the public does not see that something is missing; and we do not have to wonder why ‘doers’ and their ‘deeds’ are more and more often met with disapproval. No one dares to set foot outside of this vicious circle, not even to protest against the slow suicide of a fellow citizen who has been made the victim of a trumped-up case, because it is ‘unpractical’. At the same time, the events of the last few months and years should have put us all on another side of fear. Today, prison is a menace to every single person in Russia, guilty or not.

This is the phenomenon of post-Soviet infantilism, it has struck the ‘intelligentsia’ as well as ‘ordinary people’. With infantilism comes a lack of empathy, the impossibility of putting oneself in another person’s shoes. Even if this ‘other’ is known far and wide, Putin, president of Russia for twenty years, is a man with a very clear moral system. Apparently, the message sent to society with the arrest of Kirill Serebrennikov still has not found its audience. It says, you cannot eat off dad’s table and then throw crumbs in his face. You want to be a dissident? Then prepare for a long series of arrests, of lease refusals, of marginalization and despair. You want a big theater in Moscow? Play by the rules. As all post-Soviet philistines, at the beginning of his career Putin regarded artistic intelligentsia with esteem (take a look at his visit10 to “Mosfilm” in 2003), but then he quickly understood that it is a very conformist social-stratum unprepared to sacrifice even a millimeter of its comfort-zone. A lack of self-respect always engenders a lack of respect.

In signing open letters but remaining in the system and failing to back up their words with action, cultural functionaries protesting today are seen as “sissies”11 in the eyes of power and as accomplices in the eyes of people outside of Moscow. Words alone are not taken seriously, action is needed, such as voluntary refusal of certain privileges in the name of principle. Such action is the only way to give weight to words. Once again: subjectness is always practical. At least it creates new negotiating positions.

Sentsov has made his choice between sixteen years of slow death in prison and suicide in the name of bringing public attention to the fates of other political prisoners. Regardless of the outcome of his hunger strike, he has raised the bar for measuring human and professional dignity. Whether to put it into practice or not is a personal choice, but it is no longer possible to ignore it. 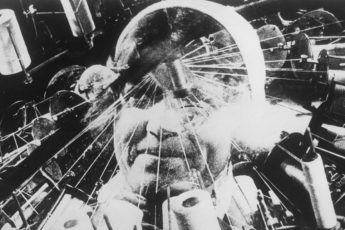