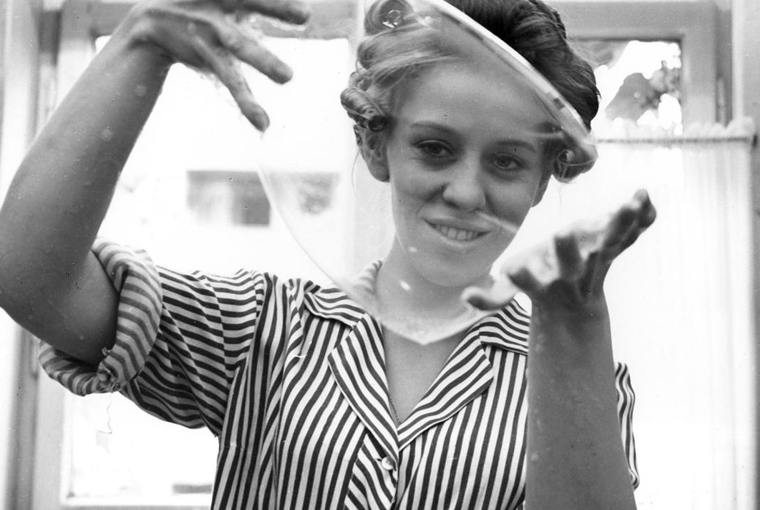 Dušan Makavejev’s biography is nearly as excursive as his films are. After gaining international acclaim early on, his third feature Innocence Unproteced awarded with the Jury Prize at the Berlinale 1968, Makavejev leaves Yugoslavia in 1971 to pursue a career in the West. Too provocative are his films, too narrow the expectations of the Socialist censorship apparatus. But Makavejev – master of cinematic collage – continues provoking in the West, the capitalist machinery proving to be a great setting for Makavejev’s grotesque style. In 1981, he shoots the beautifully exaggerated feature Montenegro in Sweden which revolves around a bored, bourgeois woman that randomly winds up with a band of gypsies. Four years later, Makavejev presents The Coca Cola Kid in Cannes in which a marketing executive travels to Australia to investigate why the citizens of a small local town have been resisting to buy Coca Cola products. Makavejev returns to Yugoslavia in 1988, shortly before the fall of the iron curtain, but fails to reconstitute himself in the film industry. Unable to raise money for Yugoslavia, a film project on the Balkan region, Makavejev slowly disappears from the cinematic landscape.

Though Makavejev’s early films emerge in the wake of the sexual revolution, it would be a little simplistic to see them solely in the light of 1968. Rather, sex is a dominant theme throughout Makavejev’s work that coexists besides the ideological spirit – a tension that is constantly revisited (in Montenegro, a little toy tank with a dildo mounted onto it drives in between the open legs of an undressed woman). While communist, capitalist, and even Nazi propaganda are thrown together wildly, sex is often the only thing that is not fictionialised by Makavejev, indeed the only thing that does not need to be treated with an impish grin on one’s face.

In Love Affair, or the Case of the Missing Switchboard Operator, switchboard operator Izabela falls in love with Meho, a Muslim party member who works as a sanitation inspector for a private enterprise. After the credits instruct the viewer about the character constellation and a caption reads “Will there be a new man?“ (Makavejev uses such programmatic titles in many of his films), Love Affair starts out with the monologue of a sexologist who appears two or three times in the film to tell us about sex, art and related issues. The main plot is scattered around such episodes, the love affair serving as a link to the random sequences that are otherwise practically unrelated (except for sex, that is). Makavejev examines the streets of the bleak Yugoslav town the film is set in, searching for corners and outlooks from where he can observe his characters. The camera work is attentive to details, nails and sharp objects suggesting the existence of a hidden phallus. The image of a naked body is intercut with egg yoke diving into flour, anonymous hands massaging the clumsy mass into dough that mimics the curvy, bold behind. At times, Makavejev’s piece seems like an instructional film for party members on how to make the split between a love affair and ideology. Izabela (played by the beautiful Eva Ras) seduces comrade Meho while a propagandistic news reel on TV plays on in the background. After a while, Makavejev switches to the two lying in bed, the sex scenes ironically replaced by an homage to socialism’s cause. While the two strangers find love behind the screen, the grandiose images on the TV show the Yugoslav people demanding the churches of the country to be closed.

Still, the characters in Makavejev’s film are not safe from their own tragic stigmas. An obtrusive young man who works with Izabela thinks of himself as a man who makes people laugh and cry. “When I want a girl, she can’t say no,” he exclaims, proudly standing besides the attractive young women who ignore his seemingly undiscovered charm. Makavejev’s characters speak unheard monologues – the thrasher admiring his genitals, the postman imagining stories of women falling to his feet for the joyful messages he delivers –, thus sinking ever deeper into a reality of their own. When randomly, a corpse is shown being pulled out from the steep water of a well, the scene is superimposed with the monologue of a criminologist who describes the basic techniques of forensic investigation. Behind him stands an arsenal of weapons, skulls, and books, the objects hidden behind the facade of his speech. The knives and axes are blunt, drowned in the overwhelming flow of information that translates the unintelligibility of crime into simple psychological modes, the sharpness of the criminal into a helpless effort to delay the ultimately inevitable arrest. The perfect crime, in the words of the criminologist, is but an “unattainable dream.” And so it seems that only those who pronounce on behalf of the system are saved from this tragicomic impotence – postmen, criminals and thrashers damned to live a second-rate existence. Indeed, Makavejev does not refrain from forthright criticism, the systematic analysis of sex, violence and ideology collapsing under the immediacy of everyday existence. In the end, the sexologists and criminologists chase but a fictional reality. We find out that the killer who drowns the corpse in the well is not a criminal, but comrade Meho acting out of desperation. Love, it turns out, is stronger than ideology.

The Perversion of War in János Szász's The Notebook (A nagy füzet, 2013) 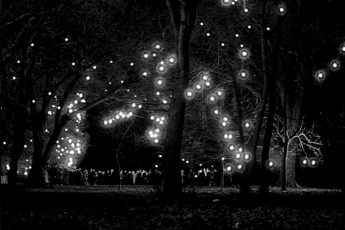