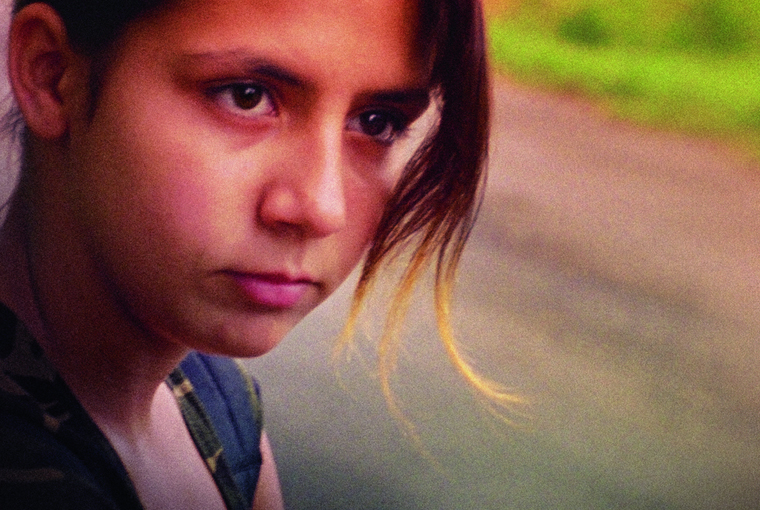 Benedek Fliegauf’s film was awarded with the Grand Jury Prize in Berlin 2012. It is one of the few films that realistically portray Romani people’s lives. Shot in documentary style, this film is set in a Romani community in rural Hungary. It is inspired by real facts and tells the story of Mari, Anna and Rio, a mother and her two children who live in an impoverished village. They have to struggle with the widespread prejudice against them. They live in a threatening atmosphere: other Romani families from their community have been shot to death in their own houses.

Just the Wind is by no means another fairytale about gypsies. It fully rejects clichés such as sensual women, enthusiastic dancing, luxurious music, magic environment or wise thieves. The subject here is real life, as tough as it can be. The film begins with a warning: even though it is based on real events, it is not a documentary – and thus avoids confusions for the audience. However, the choice of a style where the camera witnesses the actions of the characters in a very simple fashion helps to create the right mood for the film’s tensions.

At first, we see the shabby conditions and fierce daily life of Mari’s family. She makes an honest living working on various jobs and is exploited by her prejudiced bosses. Anna is an exemplary student, trying her best although her origins and poverty are a heavy weight for the others to deal with. She doesn’t have any friends. Rio, her young brother, comes closest to the common understanding people might have of a gypsy: he skips school and spends his days wandering around, building a secret shelter for him and his sister. Nonetheless, he is the most conscious about the risks his family has to face under the present situation…

Then the facts start showing up: another family has been killed. The Romani militia-like guards that guarantee unofficial protection to the community warn Mari’s family – Anna should always take her mobile phone with her in case of an emergency. But Rio is curious. He invades the house of the deceased family, builds closer contact with the militia, and builds a shelter. The tension mounts. The police finds out that anything could be a sign of the next racist crime. But they’re racists themselves.

The film relies on sound to accentuate this mounting tension. Be it a lost pig or just the wind; in the crime-ridden context, any sound could give the hiding place of hidden murderers away. But Mari’s family – except for Rio – remains sceptical. Then, tragedy kicks in again. The next victim is Mari’s family. The horrific sequence also relies on sound: we hear the terrified cries of Mari and Anna, and then shots. Rio tries to escape, but is also targeted and gunned down. Next we see three bodies in a morgue: Mari, Anna and her invalid grandfather – where would Rio be? At last, they are peaceful and well-dressed. In spite of the shooting mark.

This is a film with no heroes. Although the audience is led to sympathize with the main characters, they cannot escape their fate. In the world portrayed in this film, there’s no pity for Romani people. This makes it strong, sad, but more than valid. It shows the strength of prejudice, and makes one forget any kind of joyful cliché.