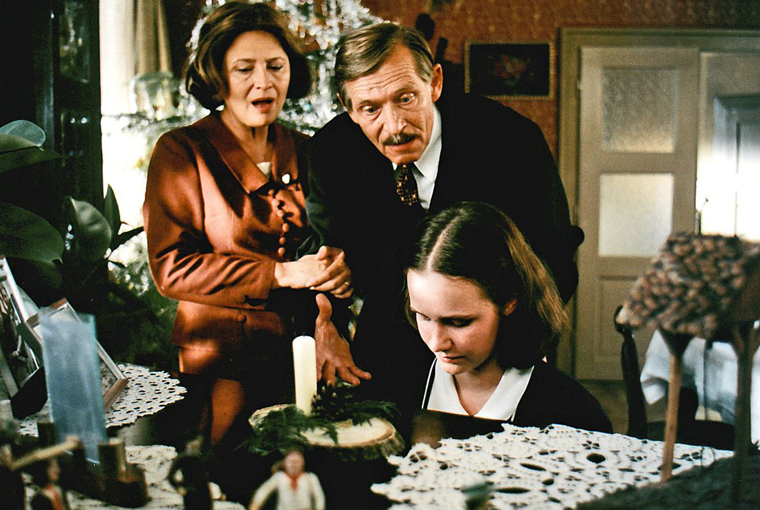 Cosy Dens is a sweet, somewhat immature film about young love in Czechoslovakia in the 1960s. Though it’s set against a specifically Soviet backdrop, it’s not really a political film – rather, it highlights the normality of everyday life leading up to the Prague Spring, and puts into perspective what followed. The poignancy of the feature lies in the everyday truth of small family conflicts which are taken with all the seriousness that such conflicts warrant.

The film focuses on three young people in a love triangle, Michal, Jindřiška and Elien, along with their elders who are disapproving of everything they do. Michal Šebek (Michal Beran) has a crush on Jindřiška Krausová (Kristýna Nováková), but Jindřiška is in love with Elien (Ondřej Brousek), who is taller and whose parents live in the United States. The opening scene’s suicide attempt (“I was hopelessly in love”) sets the dark-humored tone of the film. Michal’s hopeless love could be interpreted as a premonition of the failure of the Prague Spring that the whole film leads up to.

Jindřiška is Michal’s upstairs neighbor and their proximity makes it all the more difficult for him to forget about her. Each of the three teenagers has a different family situation. Michal’s father (Miroslav Donutil) is a loyal military commander and teacher representing the Soviet Union. Elien’s parents have emigrated to the United States. Jindřiška’s father (Jiří Kodet) is an avid patriot, idolizing everything to do with Czech history – thus representing the man from Prague in this three-part constellation.

The film is filled with snappy one-liners. When Šebek’s son Michal puts a poster of the Rolling Stones on the wall, his uptight father tells him “I wanted to pass that bulletin board onto you – bastard”. Elien and Michal are wild for the Stones, and they both dream of leather cowboy boots. Michal is a constant disappointment to his father (“a hippie in the family of an army officer?”). They even have a film club – Elien projects mostly American films from his bedroom window and into the street for a happy crowd.

The first half of the film is set in the Christmas period of 1967. On Christmas day, shenanigans are afoot in the Šebek household – they curb their boredom by a series of challenges. When Šebek’s brother claims to be able to hold his breath for a full minute, he ends up having to prove it by sticking his head in the bathtub, where he encounters a giant carp they will eat for dinner. The sibling rivalry extends to other improbable tasks: for example, they balance precariously on each other’s shoulders to see if they can be as tall as a bear…

Kraus, Jindřiška’s father and Šebek’s neighbor, is a veteran of the resistance and a true Czech patriot. He spends Christmas evening building plane models in memory of the pilots who died during WWII. We also follow the teacher of Michal, Jindřiška and Eilen (played by Eva Holubová) who is trying to find a man. She places an ad in a local newspaper and is subjected to a series of awful visitors: another teacher with a short temper, a hilarious magician who tries to impress her son by laying a series of eggs, and a military commander who tells the story of how he killed a man in a leather jacket.

It doesn’t surprise me that the film won the FIPRESCI prize in Karlovy Vary the year it came out – essentially a made-for-TV film, it is sharp without seeming to have any lofty ambitions. The humor is a mixture of not-too-corny slapstick and slightly cheesy one-liners that make the whole thing an altogether enjoyable watch. If the characters are sometimes predictable and the shots are sometimes all too common, it remains a nice testimony of its time. 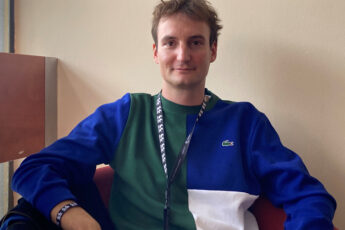