A Conceptual Documentarian of the Needy 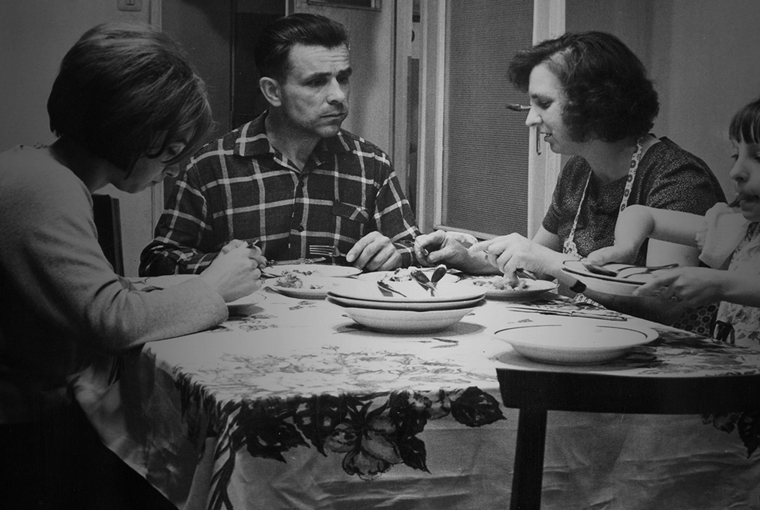 Wajda, Kawalerowicz and other representatives of the Polish Film School are often praised for subverting official communist ideology in their films. But their enthusiasts would probably be less impressed by those directors’ subversion if they saw the blatant social critique that Krystyna Gryczełowska offers in her documentaries. Certainly, one should be wary of comparing apples with oranges (that is, feature films and documentaries), but it is certainly possible to look at the subversive elements in both types of film. After all, the so-called Polish Film School was not only represented by Wajda and Kawalerowicz but also by a group of talented documentarians who made up the “Polish School of Documentary”. Their impulse to falsify those depictions of reality endorsed by the regime often went hand in hand with artistic aspirations. Krystyna Gryczełowska’s works are deliberately structured shorts that demonstrate striking compositional care. Her films, like baroque poems, are always based on sophisticated concepts that intensify the themes she is interested in.

Gryczełowska is an artist of the needy. Throughout her thirty-year cinematic career, she dedicated all her films to those who – literally and figuratively – remained on the margins of society: the elderly, peasants, and simple factory workers. Although those groups sound like regime “favourites,” Gryczełowska’s take on them does not celebrate the common people’s efforts to build a better Socialist future. Instead, very often her documentaries are filled with individuals who – just like their farm animals and factory equipment – are worn out by excessive use. Their monotonous and automatic jobs, together with harsh living conditions, evoke sadness and compassion, as well as existential reflection.

Gryczełowska admits that the work of documentarians should serve some higher goal: “Our films paid attention to those who were in need and whose situation required intervention”.1 Nevertheless, this does not mean she opted for dry, reportage-type works where the director’s role is reduced to an absolute minimum. On the contrary, “It is possible to make a beautiful film about the poor”2, the filmmaker once said. Indeed, not only did she manage to make her shorts aesthetically appealing, but she also constructed them around important social issues.

Siedliszcze (1960), Gryczełowska’s first independent documentary, is striking in its simple yet powerful arrangement. She first presents the original fragment of a 1954 Polish Film Chronicle (a short newsreel that used to be shown in cinemas before the main showing), where a familiar, uplifting voice glorifies the incredible progress of a little town called Siedliszcze: thanks to initiatives of a local doctor, the town’s inhabitants could enjoy the benefits of a new hospital, a “sportsman’s house”, a swimming pool, and nicely paved roads. The general atmosphere of prosperity where “common people work together for the common good” is suddenly interrupted by an announcement by the narrator: “And this is how Siedliszcze looks today, in 1960”. What follows are Gryczełowska’s images of the completely abandoned and destroyed swimming pool, the “sportsman’s house” in ruins, and the road pavement cracked and covered with grass. The unexpected contrast between the images presented by the Chronicle and the filmmaker’s own investigation creates a very powerful message: in a country where there is no private ownership, its citizens do not feel obliged to take care of state property – even if it serves their own benefit. As a result, thriving places can turn into ruins within a few years.

Gryczełowska works insinuatingly with sharp and unexpected contrasts in her film The Well (Studnia, 1986). Here, she also does it on thematic and visual levels. Her documentary depicts a tiny village, described by one of its inhabitants as an “old people’s village”. In fact, the place is exclusively populated by the elderly, since the young have left for the city. Gryczełowska presents a series of beautifully composed scenes where old people are engaged in what seems to be their main daily activity – a trip to fetch water from the village’s well. The images stress the villagers’ haunting and lonely existence: there are limping people, the shots of wrinkled hands struggling with buckets full of water, and scenes with neglected houses hidden in grim November fog. Their words, too, although far from complaints, contain a heavy dose of resignation. After this touching portrait, the filmmaker inserts an interview with a Polish Red Cross staff member who used to help the villagers. The interview unexpectedly interrupts the atmosphere and flow of the film: not only is the staff member a young woman holding a child (which visually creates a striking contrast to the general air of seniority), but also her words negate what we, the viewers, saw prior to her appearance. “I didn’t like those people…” the woman says, “They didn’t do what they were supposed to do. Instead they spent their time visiting neighbours… One could take pity on some of them – but only on a few of them”. While the woman speaks, Gryczełowska inserts images of resigned and wrinkled faces. The viewer knows which side to take.

24 Hours in the Life of Jadwiga L. (24 godziny Jadwigi L., 1967) employs another suggestive concept that makes Gryczełowska’s theme even more appealing. The documentary shows what the title promises: one full day in the life of female factory worker Jadwiga L. (presented in fourteen minutes). Jadwiga’s existence is not only physically demanding, but also depressingly monotonous. She works night shifts at the factory, takes care of her children and the house, and spends hours in queues trying to buy food. She only gets a few hours of sleep a day. But Jadwiga L.’s drudgery is shown not through a close observation of her daily activities. Rather, Gryczełowska uses repeated shots of female legs to emphasize how their sensual function is undermined by physical weariness. Right in the opening scene there is a close-up of Jadwiga L.’s hands reaching out to put on a pair of stockings. The sensual connotation of such an activity is quickly replaced by close-ups of the same body parts at the factory. There, the shots of Jadwiga’s legs are interposed with shots of other workers’ legs: some of them are very young, some old, others slightly swollen and plump. They are constantly in motion, never pausing. At the end of the workers’ night shift Gryczełowska inserts a very out-of-place scene: the camera zooms at the legs of a particularly attractive factory worker – although she is dressed in a dirty and poorly fitted uniform, she wears very elegant, snow-white high heels. The striking contrast between her manly, dirty outfit and feminine shoes suggests two points: first, it indicates that despite her manual work the woman is able to preserve her feminine appeal; second, it suggests that her legs may very soon become like those of her older, exhausted co-workers. The rapid movements of Irena’s legs carry on throughout the day. What changes is the type of shoes she wears. Thus, she not only has to walk energetically all day long, but must also take care of her appearance and change her shoes for every occasion.

Gryczełowska’s other films also contain compelling compositional concepts. 90 Days of a Year (90 dni w roku, 1968) and Our Friends from Łódź (Nasze znajome z Łodzi, 1971) are certainly among them. What matters to the filmmaker is not only how “real life” unfolds in front of the camera. Rather, she purposefully structures her shorts and edits the footage to make deliberate points. Moreover, she does it in such a way that none of her films lose their authentic feel. Beyond making the social issues more powerful and visually pleasing, Gryczełowska’s conceptualism serves yet another (and quite pragmatic) goal: it transforms her subjects into absorbing, universal problems. 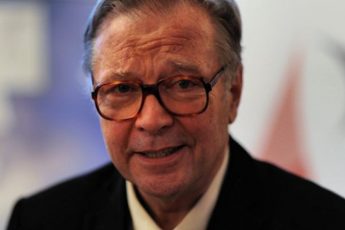