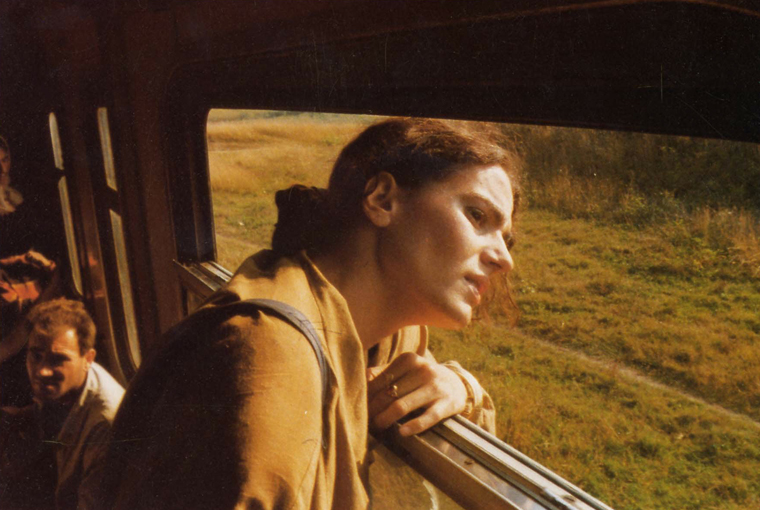 If he is normal I shall kill him with my own hands”, are the last words in Lucian Pinitilie’s film The Oak, screened for the first time at Cannes in 1992. The speaker is Mitica, an unconventional doctor who tends to handle everything and everybody “normal” with a smiling insult, which sometimes takes the form of a laughing punch. Mitica is talking to Nela, a young woman from Bucharest responding to Nela’s wish to make her pregnant, hence speaking about their possible child. Nela meets Mitica on her upsetting and slightly chaotic journey to start a new job outside of the city. She is also “not normal” and her journey can be seen as the self-discovery of that characteristic. Thus normality comes to be Nela’s and Mitica’s biggest enemy. Why? Because the normality in this film (everything and everybody not like Nela or Mitica) is the discomforting instrument of a political and social system, the uniforming fiat that keeps its members in control. Because Nela and Mitica are out of control, they are ultimately resisting that system and their actions start to have rebellious meaning. They enjoy running from one risk to the next as though they would have nothing to lose: Nela sets fire to her apartment after her father dies to keep her sister from coming inside, Mitica is imprisoned for hitting a state attorney, they both go for a picnic on their first date, choosing a battle field as the location. Being “abnormal” is a mode of survivability here, it is an instinctive defiance against the weariness of the norm.

Normality in The Oak is to represent and demand happiness, to believe in a utopian illusion, even if reality contradicts that demand. Normality makes life hardly livable as some of its essential parts metamorphose into obscure homonyms. Thus rape turns into a mental problem, death is not death but a removal problem, being handicapped becomes a life problem, i.e. death. Normality tries to solve a lot problems. But usually it makes things worse. After Nela is raped by a gang of workers, she ends up in a hospital, because her broken allure threatens the tranquility of the village. When Nela’s father dies, neither one of two doctor’s that treated him seem to accept the outcome of their efforts. In another village, the mother of a child with hydrocephalus is advised to let her baby starve.

Nela’s and Mitica’s ethical gesture is to reestablish a matter-of-fact vocabulary in a world where words are normalized into deceiving metonymies. This is their courageous task. For Mitica it means to remind the “grieving” relatives of a dead patient that they simply came to collect the dead man’s money. It means to try and save lives, i.e. doing his job as a doctor, which his boss seems to have forgotten, denying Mitica to operate on a patient. Twice, it means to remind two men dressed in gray suits that they are working for the Securitate. He certainly doesn’t make a lot of friends with these manners, even more so, as they threaten the existing beliefs of his adversaries. But instead of disbelieving their confusing reality, instead of hating the system, they start hating Mitica for telling the truth. Ironically he is imprisoned for “being rowdy” – “truth strikes into the not-knowing or the incognito”, says Ernst Bloch.

But because of its resemblance to a thunderstorm, Mitica’s attitude seems external, perhaps too detached from the world he has to deal with. “Tell your superiors that they are abusing their power” he says to a prison guard, which sounds somewhat like the articulation of a revisited thought. Nela’s struggle with the world is less abstract. She is more afraid of leaving the norm and only succeeds in doing so at the very end of the film. Before that, she too, commits herself to problem solving activities. She thus separates her school-children into two categories: idiots and geniuses, but cannot provide an answer to the question how to distinguish the two. She also refuses to accept her father’s death, imitating perhaps the default attitude of her father’s doctors, but in any case doesn’t let in feelings of grief or sadness. In the final scene, she buries both her father’s ashes as the pictures she took of her ingenious school-children, casting off the objects that stood for her normal behavior through a ritual.

The film very clearly portrays that it is not easy for Nela to get there. The more she tries to correspond and be useful to the detoured normality, the more violently she suffers from self-disgust. Thus she has to throw up after pretending that her father did not die, a destructiveness that culminates with setting her own apartment on fire. In Pintilie’s film An Unforgettable Summer (Un été inoubliable), Marie-Thérèse, the main character played by Kristin Scott-Thomas, has a similar struggle with truth. Like Nela, she is forced to deny certain facts, for example that innocent farmers are being redefined as national enemies, to continue living. She fights against the humiliation of the peasants but the situation does not permit her to save the lives of the men. In the end she has to deny their unjust death, which here too, is seen as a process of physical normalization, a dying of the reasonable self that demands a great deal of defensive sacrifice.

Burying the norms that have become the abnormalities of a society seems to be Pintilie’s preoccupation in The Oak. He revisits Romania under Ceauşescu’s regime through the eyes of two renegades, who succeed in the pursuit of their antagonistic intuitions, which, despite the destructive chaos this pursuit witnesses and undergoes, reaches a hopeful conclusion. Interestingly though, An Unforgettable Summer, his next film, set in the 1920s, winds up differently. While both films start (traveling through a landscape) and end (massacre of innocents) in similar ways, the second film does not permit its characters to resist normality. Their abnormality is killed here, thus developing a narrative in the reverse direction. While the couple in The Oak ends with the triumph of abnormality, the couple in An Unforgettable Summer is defeated by the norm. Maybe then, An Unforgettable Summer ended where The Oak begins. Or maybe, regarding the fact that An Unforgettable Summer was filmed afterwards, the author didn’t find this final ending too convincing (but considered it too abnormal) after all. 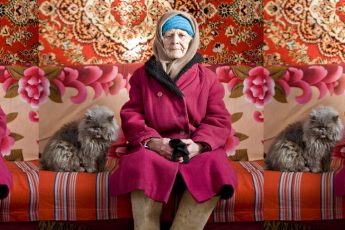