Remembrance of Dreams Past 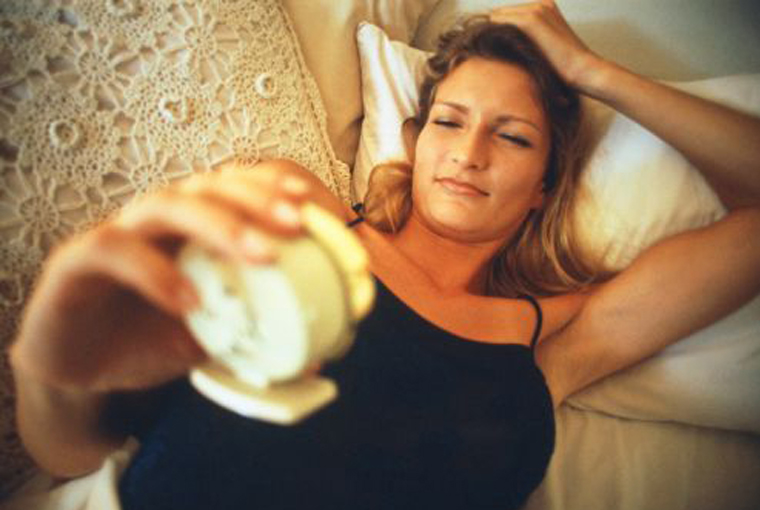 RE.M. (Rychlé pohyby očí, 1998), Radim Špaček’s graduate film for the FAMU film school, draws inspiration from two Czechoslovak cinema traditions: lyrico-surrealism, with roots in the New Wave, its focus on sustained illusion and its penchant for gentle outsider protagonists — Orphans, Birdies, and Fools, to borrow the title of a Juraj Jakubisko film (1970) — and the experimental tradition of Jan Švankmajer and his proteges in the underground group Bulsit Fil, with its mixing of live action, stop-motion animation and filmic effects. In this light, R.E.M. is perhaps best seen as an exploration of the full palette of Czech surrealism and image experimentation. Its story is less a traditional plot than a chain of poetic images revealing a troubled young man’s state of mind. If the end result lacks the aesthetic punch of Švankmajer or the otherworldly quality of Jaromil Jireš’ New Wave films (see the article in KinoEye), R.E.M does stage some well-paced, painterly, surrealist sequences that reveal an omnivorous appetite for cinematic influences.

Some of Špaček’s most imaginative directing juxtaposes foreground and background action – an opportunity for his cameraman David Čálek to play with depth of field. In one striking, almost Hitchcockian single-take scene, the protagonist Poppy is having a drink with his girlfriend when she decides to go across the street for cigarettes. Poppy waits for her with his back to the window; over his shoulder, out of focus, we see a car strike the young woman as she runs across the road. Poppy remains oblivious even as an ambulance arrives. Another female friend comes over to greet him. With no movement from the camera, the soundtrack switches back and forth between Poppy’s conversation and the chaotic blend of panicked noises from the street.

Another carefully staged single-take scene has Poppy on a balustraded passageway, knocking on the door of an apartment. “No one’s home!” shouts a little girl cranking a coffee-grinder. The camera tracks with Poppy as he moves confusedly past her, the laundry strung up over the passage, and the other denizens of the apartment building, who pose in various degrees of artificiality. The rusty squeal of the coffee-grinder dominates the soundtrack. Finally Poppy disappears and now the camera tilts down to a group of old men in drab suits staring at their outstretched palms. Poppy re-emerges and joins them, slowly raising his own hands. For the first time, a cut: projected onto his palms are distorted black-and-white images of human faces.

This single shot is so rich in cinematic references that it produces a kind of echo chamber for Central European film. The expressionistic soundtrack, deliberate ensemble staging, and mysterious nods to the past recall Wojciech Has, while the interactions of the inhabitants of an apartment building has been fertile ground for Czech and Slovak filmmakers as diverse as Švankmajer, Hynek Bočan and Jaroslav Papoušek. R.E.M. may come off as overly arty at times, but in this and other moments the director succeeds in combining and transforming previous tropes into something surprisingly poetic and beautiful.

The film also shows the importance of FAMU in the preservation of the Czech cinematic tradition. With the privatization of Barrandov Studios — to the detriment of Czech filmmakers — and the general lack of funding for film projects after the Velvet Revolution, the film school has acted as a liaison between the generation of the New Wave and young, ambitious cinephiles. R.E.M., in which national influences seem to have rekindled a love of lyrical surrealism, gives hope that the filmmaking tradition is not lost.