Rationality, and Its Limits 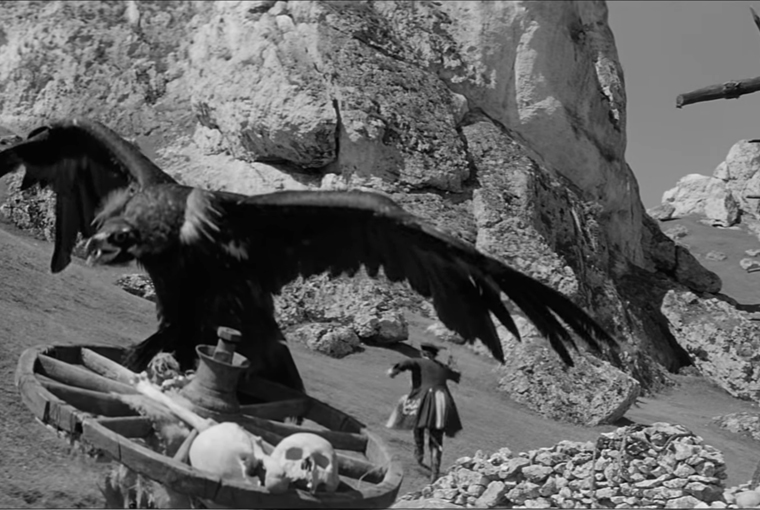 Does Wojciech Has’ three-hour epos The Saragossa Manuscript betray the Enlightenment spirit of Jan Potocki’s equally mammoth novel? As Pau Bosch Santos illustrates in an article for this journal, one should first get clear on which version of the film and novel one is referring to – at least three are known of each. Bosch Santos thinks that a loose understanding of Enlightenment as a sort of cosmopolitan communitarianism fits both the novel(s) and film(s), and that Has was, if at all, criticizing a misconception of Enlightenment, not Enlightenment as such, which would presumably explain why rationalist tendencies are questioned by Has’ signature surrealism. Undeniably, Has seems to relativize the rationalist pathos of Potocki’s novel, and certainly his understanding of Enlightenment does not fit the strict rationalism many read into both Has and Potocki. Still, I don’t think that Has swaps rationalism for a communitarian-surreal hybrid. Rather, I understand him as a traditional proponent of rationality who is undogmatic in simultaneously admitting its limitations. In order to arrive at a correct understanding of Has (and Enlightenment) – which is what I will try to do in this article -, we should not call into question all rationalist tendencies, but note that they are supplemented with reservations very much in line with a canonical understanding of the tradition Has is in.

Bosch Santos notes that Has “casts doubt precisely on the explanations given to poor Alphonse at the end of the novel”, and that he – the protagonist, Alphonse van Worden – ends up in an undesirable state where he is unable to distinguish dream from wakefulness. Van Worden is indeed thrown from one mystery to another, making his intended journey to Madrid, where he is to be named officer of the Walloon guard, a confusing roller-coaster of bafflements and plots which are supposed to be dissolved by a one-scene dialogue with a mastermind Sheikh who reveals it all to be a scam. Here I am with the anti-rationalists1 – anyone who finds the Sheikh’s final explanations to be satisfactory must suffer from a lack of curiosity, or demand (which is still better than being on the verge of craziness – see Alphonse). So far, so good. Another argument for reading Has as an anti-rationalist – not to get into the profoundly surrealist atmosphere pervading the film – is the actual frame story, which only constitutes about 5 minutes out of 180+ and is thus easily forgotten: at the very beginning of the film, an officer is seen entering a hut during the Napoleonic Wars and starts reading a book – the story of Alphonse van Worden – which he finds so absorbing that he doesn’t notice enemies entering his shelter. The message is obvious: if it weren’t for the preposterous curiosity of the officer, the story we’re watching wouldn’t have been told. A consequent pursuance of a strictly rationalist message would theoretically undermine the existence of the story2.

The trouble is that such anti-rationalist features co-exist along obvious rationalist tendencies – why should one think the one tendency argues away the other either way3? One may be displeased with the explanation given to van Worden in the end, but it is some relativizing explanation (indeed, reading madness into van Worden is another). Furthermore, how would one come to call into question that explanation other than by way of reason? And what is with the unaltered take-over from Potocki’s novel of supposed super-natural occurrences which are later unveiled to have perfectly physicalist explanations, most notably the two times that bodies climbing ladders cause concern4? Or the fact that Has evidently seeks to unveil the way superstition is used as an instrument of oppression, e.g. by Frasquita or many of van Worden’s “companions”? The only way one can argue either rationalist or anti-rationalist tendencies away is by begging the question. In following, I try to show that one can make sense of anti-rationalist tendencies in Has’ film without having to dispute the obviously rationalist spirit of that great work: the question is not how can we accommodate Enlightenment given anti-rationalism, but how can we accommodate anti-rationalism given an understanding of Enlightenment which is clearly rationalist at heart?

Wojciech Has famously described his film as a quest for the right way of thinking: everything shown is consistent both with the mystical philosophy of the Kabbalist and the mathematician’s narrative – like Alphonse Van Worden, the viewer must decide himself which perspective to adopt. Not much thought seems to have been put into showing what that amounts to: it is telling that this description is mostly quoted by rationalist interpreters of The Saragossa Manuscript. Read as a simple either and or, it seems obvious that Has cannot possibly be endorsing the mystical view – after all, autonomy itself is a crucial virtue of Enlightenment thought. True as that is, the fact that both perspectives are licensed by Has implies that rationality cannot account for all the mystical riddles raised – had Has unmasked them beyond dispute, there would be no place for reasonable doubt in the rational narrative. The Saragossa Manuscript in turn is blatantly incomprehensible on a first viewing, which can be read as a rephrasing of the film’s main idea on a meta-level: rationality does not provide easy answers vis-à-vis the narrative, and in some cases it doesn’t provide any. Still, and here I differ with the anti-rationalists, I take Has to be saying that that’s no reason to fall back on conspiracy, over-interpretation, mysticism etc. This is not about –isms, but about Has’ principal goals in The Saragossa Manuscript: I am arguing that Has is not making up a dialectic to position himself on either end, but that the dialectic itself reveals the origins, limits and assets of both extremes. Take Alphonse van Worde’s premature handling of his credulous peers: in rightly denouncing the superstitious talk of his servants, van Worden overlooks the fact that such conclusions often stem from actual riddles. It is no use to denounce the talk of ghosts if that obliterates the factual danger that motivated it in the first place. But of course, Has is not asking us to believe in ghosts either. Like any asset, reason needs to be handled with care to produce the desired results – that is if the latter are achievable at all5.

The view that Has is an extremist crusader fighting in the name of reason appears to stem from critics confounding Enlightenment and radical rationalism, a mistake that has led to many unjust attacks on the former in the past. Since the 19th and 20th centuries, Enlightenment has repeatedly been charged with sucking civilization into a flurry of violence and oblivious “progress” through a supposed blind idealization of reason, perhaps most prominently by Adorno and Horkheimer. The truth is that the term “Enlightenment” is as contested as ever, still inspiring essentialist books that seek to reveal its definitive nature (e.g. Anthony Pagden’s 400-page The Enlightenment And Why it Still Matters from 2013), and that whatever meaning one attaches to it, it is wrong to equate it with bad rationalism. Many proponents of Enlightenment warned of an overestimation of the powers of rationality themselves – Immanuel Kant sought to reveal the limits of reason in his seminal work Critique of Pure Reason (though not primarily with an enlightening intent), which opens with a telling observation:

Human reason has the peculiar fate in one species of its cognitions that it is burdened with questions which it cannot dismiss, since they are given to it as problems by the nature of reason itself, but which it also cannot answer, since they transcend every capacity of human reason.6

Certainly, prominent proponents of Enlightenment like Kant or David Hume – in many ways the former’s philosophical adversary – were far from holding that reason can answer all questions it is presented with. In fact, if in quite different ways, they both held that much of philosophical confusion originates in an overestimation of rationality (though in the Critique Kant accused Hume of committing the same mistake in relation to empirical data). Still – crucially -, it is reason that allows a liberation of humans from their “self-incurred immaturity”7. As I have tried to illustrate, Has himself seems to endorse such a moderate view, thus following the tradition of Enlightenment rather than that of dogmatic rationalism. The Saragossa Manuscript of Has is an ode to reason in that it seeks to defend rationality against the dangers of prejudice, religious dogmatism, superstition and traditionalism, but that is only one side of the coin. Has also reminds us that reason has its limits. Notably, the gargantuan epic and its cinematic adaptation raise hermeneutic questions impossible to overcome – that is, if one doesn’t jump to premature conclusions and thus dispute the film’s rationalist ambitions. Only if we’re aware of our limits (and that is an if worth deliberating), do the things that transcend them pose no more danger to us than reason itself. In fact, the inexplicable often makes for great stories. 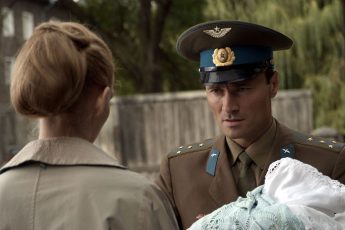 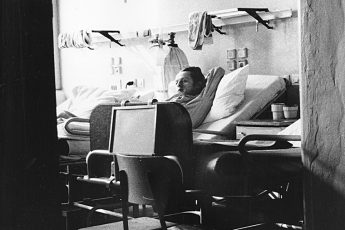 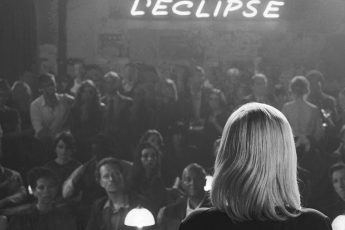